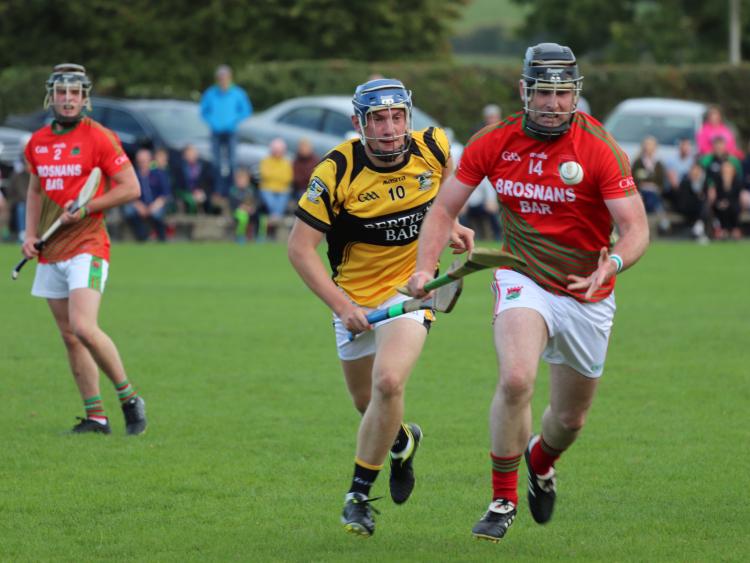 Knockavilla-Donaskeigh Kickhams and Cashel King Cormacs will have to meet again after they couldn’t be separated in this year’s Tipperary Co-Op West Tipperary Junior B Hurling Championship final at Golden on Sunday afternoon.

Cashel King Cormacs went into the final looking for a second title in three seasons while Kickhams had dropped down from junior A for the 2018 campaign. And, Kickhams looked to be in control when leading by four points with six minutes to go before Jonathan Walsh goaled from a penalty to get Cashel King Cormacs right back in it.

Both sides got off the mark early. Gerry Horgan opened Kickhams' account and this was cancelled out by a point from Adam Kennedy at the opposite end. Kickhams were finding their groove that bit easier and reeled off four points in five minutes through Paudie Slattery, Aidan Butler (two) and Daniel Lonergan.

Kickhams were dominating with Aidan Butler proving to be a handful while the midfield combination of Turlough Breen and Paudie Slattery were well on top.

Thomas Skeffington reduced the deficit before Cashel got their first point from a place ball through Robert Anglim. Thomas Ryan responded to bring the gap back to four points - first from play and then from a long-range free.

Cashel, while not hurling well, were keeping well in the hunt and added points from a Ross Doyle long-range free and Brain Fitzpatrick. Again, Thomas Ryan stepped up with two points (one free), but again Cashel kept in touch with points from Robert Anglim (free) and Thomas Skeffington. Conor O’Dwyer got two chances in the space of a minute and pointed both. Adam Kennedy, who had opened Cashel’s first half account, also closed it with the final point of the half.

Kickhams had chances from the off and in the opening few minutes of the second half with a bit of luck could have had a goal or two. Cashel, though, were having more luck at the other end as half time substitute Jonathan Walsh fired over along with another from Michael McDermott.

Thomas Ryan opened the second half account for Kickhams with another pointed placed ball, but probably should have added to this. Thomas Skeffington cut the gap to one, but Kickhams always seem to be able to pull away. Walsh had goal on his mind in the tenth minute, but Paddy Ryan pulled off a superb save in the Kickhams goal.

Aidan Butler (two) and Paudie Slattery pointed from play to open up a four-point advantage. This advantage stood until the twenty-fourth minute when Cashel were awarded a penalty. Up stepped Jonathan Walsh to send the sliotar to the right of Paddy Ryan and into the bottom corner.

With two to go Walsh stepped up to point a free and level the game for just the second time. A minute and a half into injury time Aidan Butler looked to have secured the win as he pointed to rapturous cheers, but Robert Anglim had other ideas as he pointed the equaliser.

Best for Knockavilla-Donaskeigh Kickhams were Shane Farrell and Ger O’Dwyer. Paudie Slattery and Turlough Breen got on a lot of ball in midfield while centre-forward Aidan Butler rolled back the years with five points from play. Thomas Ryan also added five points from play and placed balls.

Cashel King Cormacs were best served by Ross Doyle and Alan Cummins. Their midfield partnership of Adam Kennedy and Robert Anglim hit five points between them. Thomas Skeffington was a threat in possession while Jonathan Walsh made a big impact on his introduction.