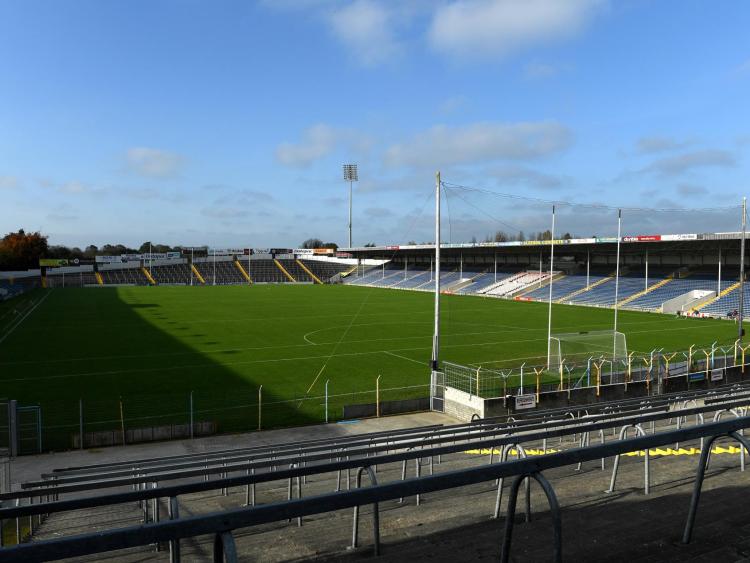 Both senior hurling semi-finals feature at Semple Stadium next weekend.

The fixtures have been confirmed for the semi-finals of the Tipperary Water County Senior Hurling Championship - both semi-finals will take place on Sunday, October 7th at Semple Stadium in Thurles: Clonoulty-Rossmore versus Toomevara (2pm) and defending champions Thurles Sarsfields against Nenagh Éire Óg (3.30pm).

A last gasp goal from Ronan Maher kept Thurles Sarsfields’ dream of landing a fifth consecutive Dan Breen Cup alive on Saturday at MacDonagh Park, Nenagh. Kilruane MacDonagh’s set the pace from long stages of the contest, but the Blues recovered from seven points adrift to win 2-14 to 1-16 with Ronan Maher’s dramatic three-pointer materialising in the fourth minute of second half injury time.

During the group stage of the competition Carrick Swans controversially presented Thurles Sarsfields with a walkover. The Blues then accounted for Upperchurch-Drombane (1-24 to 1-15), but struggled with fourteen-men against Drom & Inch (1-18 to 2-22) and subsequently required play-off victories over Upperchurch (1-27 to 3-16) and Drom & Inch (1-16 to 0-18) to book their place in the quarters.

On Saturday at MacDonagh Park, Nenagh Toomevara edged a close contest with Drom & Inch (3-15 to 1-20). The Greyhounds arrived at the quarter-final stage of the competition with the minimum of fuss. Toome saw off the challenge of Kilruane MacDonagh’s (1-9 to 0-10), Éire Óg Annacarty (2-14 to 0-18) and Killenaule (4-15 to 1-14) during the group stage of the competition.

Meanwhile on Sunday Clonoulty-Rossmore saw off the challenge of Kiladangan (1-19 to 1-15) in the quarter-finals. Although John Devane’s men suffered an unfortunate defeat at the hands of Nenagh Éire Óg (1-18 to 1-20) during the group stage Clonoulty-Rossmore comfortably accounted for Mullinahone (1-14 to 0-11) and Roscrea (1-22 to 2-8).

The second game in the double header played at Dolla featured Nenagh Éire Óg’s 2-17 to 0-18 victory over Loughmore-Castleiney. Nenagh Éire Óg recorded a 2-24 to 0-11 group stage win over Roscrea while they were fortunate to edge a contest with Clonoulty-Rossmore (1-20 to 1-18) and then accounted for Mullinahone (2-22 to 1-15).

Cashel King Cormacs secured their place in the senior ranks for the first time since 2014 when the side coached by Conor Gleeson (Boherlahan-Dualla) saw off the challenge of Borrisokane with thirteen points to spare (3-15 to 1-8) in the semi-finals of the Tipperary Water County Intermediate Hurling Championship at Dolla on Saturday afternoon (both intermediate finalists are promoted to Roinn II of the county senior hurling championship).

During their campaign King Cormacs initially drew with Carrick Davins (1-17 each), but recovered to beat Cappawhite (1-21 to 1-17) and, most notably, Thurles Sarsfields (1-15 to 0-14). That result propelled Cashel into the quarter-finals where they proved too strong for Ballinahinch after extra-time (2-22 to 1-22).

On Sunday Thurles Sarsfields proved too strong for Shannon Rovers (1-17 to 0-12) in their respective semi-final. The Blues beat Cappawhite (1-24 to 1-13) and Carrick Davins (2-23 to 0-14) during the group stage of the competition before losing out to Cashel King Cormacs (1-15 to 0-14). In the preliminary quarter-finals Sars proved marginally too good for Moyne-Templetuohy (1-18 to 1-16) while they enjoyed a thirteen-point win over Golden-Kilfeacle in the last eight (2-19 to 0-12).

Last weekend Toomevara progressed to the final four courtesy of a 2-19 to 3-12 win over Holycross-Ballycahill. Two more quarter-finals took place on Saturday in the Tipperary County Junior A Hurling Championship - Clonoulty-Rossmore beat St Patrick's in Cahir (2-21 to 3-16) while in Templederry Boherlahan-Dualla got the better of Roscrea (1-14 to 0-11).

The last of the quarter-finals is scheduled to take place on Saturday, October 6th when Skeheenarinky face Emly at Leahy Park, Cashel (2pm).

Both semi-finals in the Tipperary County Minor A Hurling Championship took place on Saturday. Mid champions Moycarkey-Borris surged into the final thanks to a 3-17 to 3-10 victory over Kiladangan at Borrisoleigh while in Golden Cappawhite Gaels proved too strong for Skeheenarinky-Clonmel Óg (1-28 to 2-11).

On Saturday Golden hosted the Tipperary Water County Minor B Hurling Championship semi-final meeting between Knockavilla Kickhams and Mullinahone which Kickhams won with ten points to spare (1-19 to 1-9) while on Sunday Drom & Inch proved far too strong for Kilruane MacDonagh’s in their respective semi-final (3-13 to 0-8).