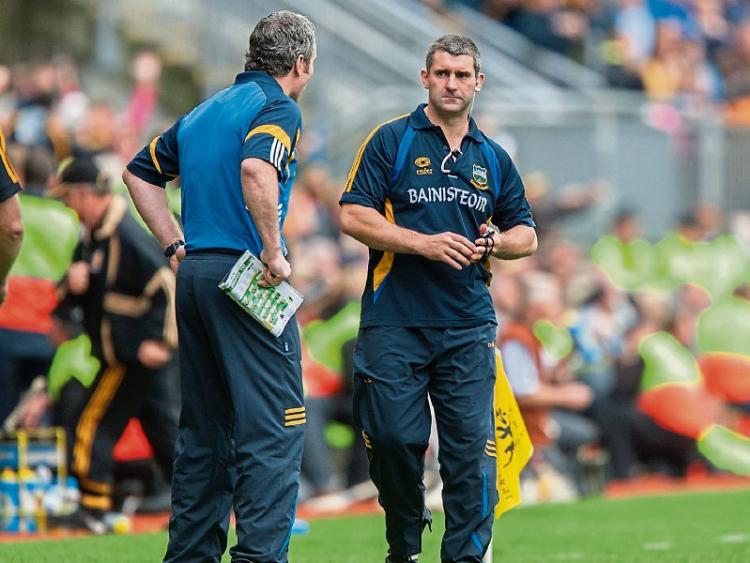 Winning back the hearts and minds of Tipperary supporters is a priority for the county’s new senior hurling manager Liam Sheedy.

“I do think we need to win back the public”, he says.

"We all know the work and effort that these guys put in and to be going out Sunday after Sunday and being outnumbered is something that we should not be proud of, and certainly that's one thing I will be doing – trying to create a team that's worth following.

"We'll get our honeymoon period when we are a new management team but everyone will be trying to see what we are like when we take to the pitch.

“But I would like to think that they will like what they see, the energy and attitude that the players bring and if we can create that, there is a genuine appreciation of a high-powered hurling team which performs well every time they go out.

"Create that culture on the pitch and they will be followed. Ultimately that is my challenge and it is one that I am happy to take on, but I will be very vocal in terms of looking for the Tipperary people inside and outside the county that genuinely have an interest in following the team to come along and do so".

He's also keen to absorb the lessons learned from this year's campaign.

"If Tipp had 2018 back again they’d do things a little bit differently because with what they did in the league (reaching the final), what they did in the club championships, and then the four weeks in-a-row in the Munster Championship, they did really well to be where they were, as that was a savage volume of work in such a short period of time.

"One thing we have got to be cognisant of is that these guys are not machines and you can’t expect them to be professionals.

“They do need their rest time and I’m a very big believer that there has to be an element of rest in this, and that is what makes it enjoyable if you can time it.

“The one thing we learned last year is that your first game is important in the championship because of getting off to a good start, and we all know what our record is like when it comes to playing championship matches in Cork (where Tipp will begin next year's campaign), that’s a massive massive battle.

“The last time I won down there (2008) was the first time in 83 years, so we are not regulars on the podium in Cork. We have to make sure that we time that right so that the players can be the best version of themselves on that day".

Liam Sheedy, who expects to have his backroom team finalised by the end of this weekend, would like a situation where "twelve or thirteen of the starting positions and where they’ll be playing would be nailed down by the end of the league.

“There was too much uncertainty for my liking at the end of the league this year, where we didn’t really get to know what our best championship team was, and we probably end up the first day out having to try lads that hadn’t seen the pitch before.

“So I would see the league as a massive opportunity to really try and give guys a chance, and in their position.

“While many might think a player isn’t getting a chance, every time we play an internal match on a Tuesday and Thursday night every player is getting a chance, so you shouldn’t have to wait until the first Sunday in January to get your chance.

“These guys will be given chances throughout November, December and January to show me that, first of all, they are well capable of going on and earning the right to get on the pitch, and secondly that they look like they can own that jersey and can play in that position.

“That is what excites me. We all have our own views of things and we all have positions that we like people to be playing. I have my own vision flying around in my head so I can’t wait to get stuck in".

“I am getting the chance to work with one of the best teams in the country”, he says.