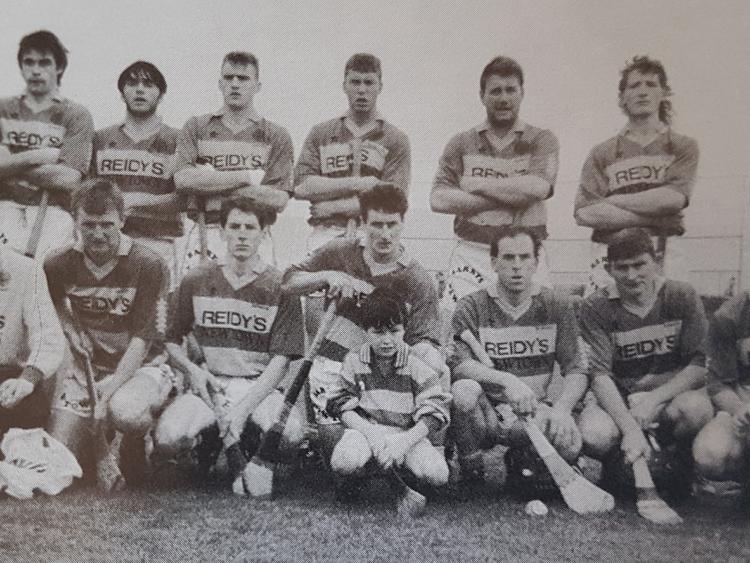 Burgess booked a Séamus Ó Riain Cup final date with Moycarkey-Borris thanks to a rousing three-point win over the Templederry Kenyons on Saturday at Dolla. Burgess will be delighted on the double with this victory - the side managed by Pat Gibson have now been promoted to Roinn I of the Tipperary Water County Senior Hurling Championship while the North men will also feature on county final day (Sunday, October 21st) at Semple Stadium, Thurles alongside their 1993 intermediate champions whose achievements will be marked as part of the silver jubilee celebrations.

Burgess made an encouraging start to this contest and led 1-10 to 0-7 at the break. The Kenyons, however, wrestled the initiative away from their divisional rivals and appeared to have made a significant stand when leading by three with the wind at their backs with forty-seven minutes played (2-13 to 1-13).

Two cracking Stephen Murray goals featured brightly in this contest, but it was stand made by the Burgess half-back line during the closing sixteen minutes of this entertaining affair when propelled Pat Gibson’s men past a talented Templederry team. With the game on the line Jonathan Mulqueen, Donagh Maher and Noel Gleeson were relentless and utterly dominant. Indeed, it is striking to note that Templederry were restricted to a single point following Seán Ryan’s second goal while Burgess drilled 1-4.

The sides traded points during a lively opening five minutes before Burgess hit six successive scores to lead 0-8 to 0-2 with twenty-two played - Keith Nealon presented his side with the lead in the eighth minute before Noel Gleeson landed a mighty long-range effort off his right. Stephen Murray notched a brace of frees while Brian Hogan and Keith Nealon added the rest.

A strangely subdued Éanna Murray (free) hit back for Templederry while a Gearóid Ryan effort left four between them. Points from Stephen Murray (free) and Eoin Hogan re-opened the six-point gap, but when Seán Ryan flashed over two Templederry points late in the half the Kenyons appeared to be in a reasonably strong position. That is until the 32nd minute when Donagh Maher and Willie Ryan combined before Stephen Murray drilled home a terrific goal.

Éanna Murray (free) had the final say in the opening half, but Burgess still led by six (1-10 to 0-7). It is, however, interesting to note that Templederry actually led the shot count 19-17 at this juncture.

Donagh Maher cracked over a superb point to help his side toward a double-score lead, but Templederry found the tonic they so badly required in the 34th minute when the lively Seán Ryan belted home a three-pointer.

Stephen Murray (free) responded for Burgess, but Templederry were moving well now and out-scored their opponents 0-6 to 0-1 between the 36th and 46th minutes to tie the game (1-13 apiece). Adrian Ryan helped himself to two from play during this period while Gearóid Ryan and Éanna Murray (three frees) also got in on the act.

Then in the 47th minute Mathew Hogan took on the Burgess defence and set up Seán Ryan who buried his shot in the roof of Niall McGrath’s net (2-13 to 1-13).

Burgess, however, refused to yield and within three minutes Stephen Murray landed two scores in reply (one free). An Adrian Ryan effort steadied Templederry, but then, in the 57th minute, Stephen Murray buried a superb goal; the right-handed Murray is noted for his excellence off his left, but on this occasion the Burgess talisman notched a memorable three-pointer off his right.

Further points from Stephen Murray (free) and Eoin Hogan (his third from play) sealed the win, but not before Burgess ‘keeper Niall McGrath did well to save a stinging Adrian Ryan effort.

Unfortunately, the frustration associated with this contest got the better of Templederry’s Gearóid Ryan in the 63rd minute when the former inter-county star was presented with a straight red card following a tussle with Jack O’Flaherty - the corner-back was substituted following the incident.