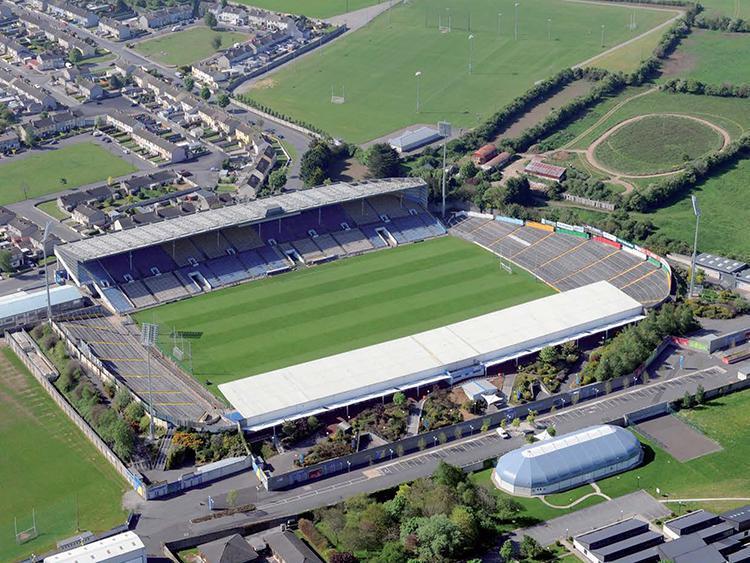 Clonoulty-Rossmore saw off the challenge of Kiladangan (1-19 to 1-15) in the quarter-finals and although John Devane’s men suffered an unfortunate defeat at the hands of Nenagh Éire Óg (1-18 to 1-20) during the group stage Clonoulty comfortably accounted for Mullinahone (1-14 to 0-11) and Roscrea (1-22 to 2-8).

The Séamus Ó Riain Cup semi-finals (Roinn II of the Tipperary Water County Senior Hurling Championship) took place on Saturday, October 6th when Burgess and Moycarkey-Borris earned themselves promotion to Roinn I of the county senior hurling championship courtesy of respective their victories over the Templederry Kenyons (2-17 to 2-14) at Dolla and JK Bracken’s (1-18 to 0-18) at The Ragg. Burgess will now face Moycarkey-Borris in the decider at Semple Stadium, Thurles prior to the county senior hurling final on Sunday, October 21st.

Cashel King Cormacs secured their place in the senior ranks for the first time since 2014 when the side coached by Conor Gleeson (Boherlahan-Dualla) saw off the challenge of Borrisokane with thirteen points to spare (3-15 to 1-8) in the semi-finals at Dolla.

During their campaign King Cormacs initially drew with Carrick Davins (1-17 each), but recovered to beat Cappawhite (1-21 to 1-17) and, most notably, Thurles Sarsfields (1-15 to 0-14). That result propelled Cashel into the quarter-finals where they proved too strong for Ballinahinch after extra-time (2-22 to 1-22).

Meanwhile Thurles Sarsfields, who are guided by manager Andy Ryan, proved too strong for Shannon Rovers (1-17 to 0-12) in their respective semi-final at Borrisoleigh.

In the preliminary quarter-finals Sars proved marginally too good for Moyne-Templetuohy (1-18 to 1-16) while they enjoyed a thirteen-point win over Golden-Kilfeacle in the last eight (2-19 to 0-12).

In group two Moyle Rovers had already beaten Carrick Davins (3-18 to 0-12) so their most recent victory has secured their status. On Saturday, October 13th Lattin-Cullen Gaels will face Carrick Davins at New Inn (2.30pm) - the winner of that contest will avoid the drop.

Toomevara progressed to the final four courtesy of a 2-19 to 3-12 win over Holycross-Ballycahill and Clonoulty-Rossmore beat St Patrick's (2-21 to 3-16) while Boherlahan-Dualla got the better of Roscrea (1-14 to 0-11). The last of the quarter-finals took place on Saturday, October 6th when Skeheenarinky beat Emly comprehensively at Leahy Park, Cashel (2-20 to 1-9). The semi-final draw reads as follows: Skeheenarinky v Toomevara and Clonoulty-Rossmore v Boherlahan-Dualla.

The first of the Tipperary Water County Junior B Hurling Championship semi-finals took place on Sunday when Boherlahan-Dualla got the better of fourteen-man Templederry at Drombane (2-12 to 2-8) - the details of the meeting between Cashel King Cormacs and Mullinahone remains to be confirmed.

Leahy Park in Cashel will host an attractive double header on Saturday, October 13th - first off at 2pm will be the meeting of Drom & Inch v Knockavilla Kickhams in Tipperary Water County Minor B Hurling Championship final. Then at 3.30pm the Tipperary Water County Minor A Hurling Championship final will feature the clash of Cappawhite Gaels and Moycarkey-Borris.

Both minor A semi-finals took place on Saturday, September 29th - Moycarkey-Borris surged into the final thanks to a 3-17 to 3-10 victory over Kiladangan at Borrisoleigh while in Golden Cappawhite Gaels proved too strong for Skeheenarinky-Clonmel Óg (1-28 to 2-11).

Also on September 29th Golden hosted the Tipperary Water County Minor B Hurling Championship semi-final meeting between Knockavilla Kickhams and Mullinahone which Kickhams won with ten points to spare (1-19 to 1-9) while on Sunday, September 30th Drom & Inch proved far too strong for Kilruane in their respective semi-final (3-13 to 0-8).

The draw has been made for the semi-finals of the Tipperary Water County Senior Football Championship - on Sunday, October 14th Ardfinnan take on Loughmore-Castleiney in Holycross (2pm) while Cahir will host the meeting of Clonmel Commercials and Moyle Rovers (4pm). Loughmore-Castleiney beat Arravale Rovers (1-12 to 0-8) in the quarter-finals while Moyle Rovers proved too strong for Killenaule (3-13 to 1-9). In the remaining last eight clashes Ardfinnan saw off the challenge of Ballyporeen (0-22 to 0-9) while Clonmel Commercials enjoyed a thirteen-point win over Kilsheelan-Kilcash (0-17 to 0-4).

Grangemockler-Ballyneale enjoyed a walkover win over Clonoulty-Rossmore recently in the Tipperary Water County Senior Football Championship quarter-finals while Borrisokane progressed to the semi-finals thanks to a 2-9 to 0-12 victory over Clonmel Commercials.

In the last eight Golden-Kilfeacle beat Moyle Rovers (1-11 to 2-7) while the last of the quarter-finals took place on Saturday, October 6th when Moyne-Templetuohy proved too strong for Rockwell Rovers (2-10 to 0-8) at Holycross.

In the semi-finals on Saturday, October 6th Golden-Kilfeacle dismissed the challenge of Borrisokane (2-11 to 0-5) in Templemore - on the week-ending Sunday, October 14th Grangemockler-Ballyneale will take on Moyne-Templetuohy in their respective last four clash.