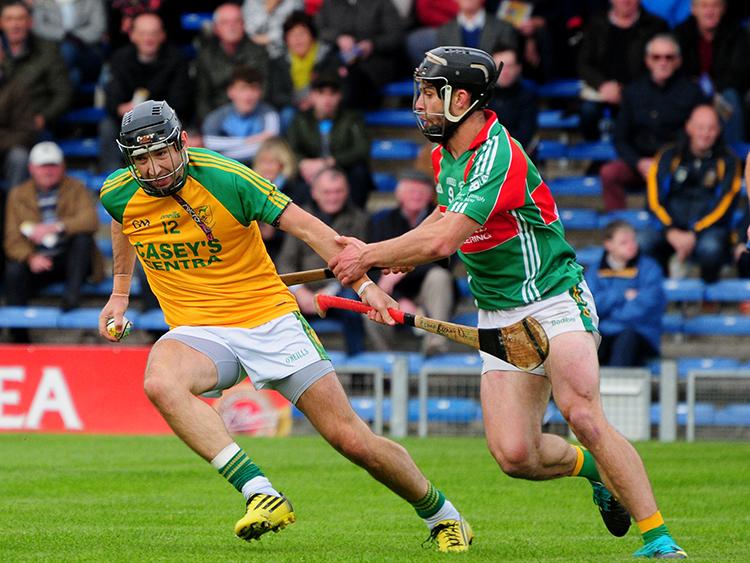 Clonoulty-Rossmore's victory over Toomevara in the first of the Tipperary Water County Senior Hurling Championship semi-finals was fashioned from a simple game plan, the execution of that plan and a knowledge on the part of each player as to what role they were to play.

The West champions came to Semple Stadium to tackle a Toomevara side which has a distance to go in their development - having been promoted to the Dan Breen Cup ranks just twelve months earlier. And, the experience of top flight hurling showed on the day as Clonoulty-Rossmore came to Thurles with little apprehension, thereby allowing themselves the chance to play to their potential.

Toomevara were unable to create the scores they needed and in their opponents they found a team which was well-drilled, full of running and knew what to do when in possession. Indeed, inspired by the excellent John O'Keeffe Clonoulty-Rossmore raced into an early lead and never relinquished that advantage until the final whistle.

Toomevara will probably be disappointed that they exited the championship without as much as a whimper, but they will also be happy to have made considerable progress this season. To have reached the decider would have been a great achievement, but it proved a bridge too far for them on the day.

Instead, Clonoulty Rossmore return to county final day for the first time since 2011 when they fell to Drom & Inch. Their last victory was in 1997 when they defeated Mullinahone and they will really fancy their chances in the final against Nenagh Éire Óg, although they will require a further step up in tempo if they are to land the Dan Breen Cup.

TOOME WITH THE BREEZE

Despite playing with the aid of the breeze in the first half Toomevara failed to score from play and had to rely solely on the stick of full-forward Mark McCarthy for scores - amazingly three of those scores came from sideline cuts from varying distances while the two placed balls were reasonaly positioned, but very badly needed by a non-functioning Greyhounds side.

Of course the approach of Clonoulty-Rossmore had much to do with the malaise in the Toome camp. The West men really took the game to Toomevara and they just created more chances throughout the half, taking all bar five of them.

The game was only five minutes old when Clonoulty-Rossmore 'keeper Declan O'Dwyer was called upon to make a fine stop from Mark McCarthy. And, Toomevara were dealt a further blow when centre-back Jason Ryan went off injured in the ninth minute after picking up a serious knock.

John O'Keeffe, at centre-back, was pulling all the strings for Clonoulty-Rossmore and their half-back line in general was dominating proceedings. McCarthy's two sideline cuts arrived either side of a Tom Butler score for Clonoulty-Rossmore and they went on to add further points through Timmy Hammersley, Dillon Quirke and Conor Hammerlsey to extend their lead to seven.

However, Toomevara finished a little better in the half with McCarthy adding two more frees and a third sideline cut against a Paudie White score for Clonoulty-Rossmore to leave it double scores at the break (0-10 to 0-5).

Toomevara needed a big upping of the ante if they were to get back into this game. They had not performed at all in the first half and yet they trailed by just five points - if they could get a few scores early on they might just have been able to turn the game on its head.

From a Clonoulty-Rossmore perspective, they just needed to keep their tempo, maintain their composure and keep doing what they were doing - not an easy prospect with Toomevara expected to come with a storm in the second half. It didn't happen - well not to the degree it needed to happen anyway from a Toomevara viewpoint.

Clonoulty-Rossmore rattled off two points in quick succession after the break - a Timmy Hammersley 65-metre free and an effort from Dillon Quirke. Hammersley added another to go along with an effort from his brother Conor against a Mark McCarthy point and Toomevara eventually had their first score from play when Jack Delaney pointed in the tenth minute.

Toomevara got a shot in the arm when David Young goalled in the 12th minute just after Delaney had fired over his second point and, suddenly, the deficit was down to just four points. Toomevara were within sight of the leaders, again.

The lift for the North men didn't last long though with Cathal Bourke and Tom Butler snatching scores for Clonoulty-Rossmore which almost cancelled out the Young goal. With a quarter to go Young pointed again and then saw a snapshot hit the side netting - a goal at this stage and the gap would have been just two points.

A Mark McCarthy pointed free left four in it with ten to go, but there would be no more scores from Toomevara in this one and instead it was Clonoulty-Rossmore who pressed on with Cathal Bourke and Tom Butler scores to settle matters and give the West champions a six-point victory.

Yes, the win was certainly well-deserved for Clonoulty-Rossmore for whom John O'Keeffe, Enda Heffernan, Dillon Quirke, Timmy Hammersley, Tom Butler and Conor Hammersley were in top form. Ciaran Quirke too was very solid at full-back while Declan O'Dwyer made that all-important early save - a goal at that stage could have set the game off on a different course.

Toomevara will regret that when they got the momentum from their second half goal they were unable to push on. They will also point, with some justification, to the loss of Jason Ryan as being a huge factor in this game, but they will be the first to acknowledge that they did not get the performance they required from enough of their players.