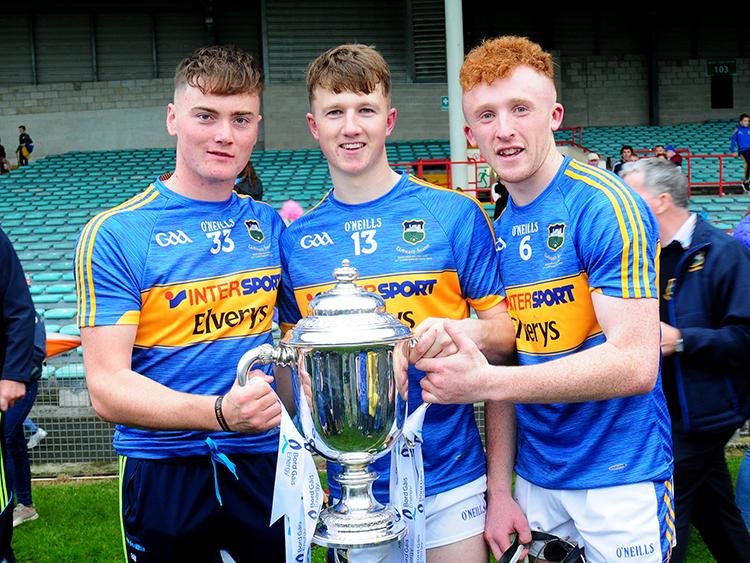 On Wednesday, October 17th the 2018 Bord Gáis Energy under- 21 hurling team of the year was announced - Tipperary’s Killian O’Dwyer (Killenaule), Brian McGrath (Loughmore-Castleiney), Robert Byrne (Portroe), Ger Browne (Knockavilla Kickhams) and Jake Morris (Nenagh Éire Óg) have all been named on the prestigious selection. Bizarrely, even though the Premier County were crowned All-Ireland under-21 champions, runners-up Cork earned six places on the team of the year.

Two Tipperary players have been nominated for the Bord Gáis Energy player of the year award - the nominees are: Ger Browne (Tipperary), Fintan Burke (Galway), Mark Coleman (Cork) and Jake Morris (Tipperary). The winner will be announced at a gala ceremony which takes place at Dublin’s City Hall on Friday, October 19th.

Commenting on the awards TG4’s Mícheál Ó Domhnaill, who was one of the judges tasked with selecting the team of the year said: “It’s never an easy decision for the judges to select a shortlist of nominees for the team of the year, let alone whittle that down to an eventual winners’ selection, particularly following such an enthralling campaign as we had in 2018 with star performers emerging from almost every county. The Cork/Tipp story was undoubtedly one of the major talking points of the season when they played out the first ever under-21 All-Ireland final contested by two counties from the same province, having previously met in the Munster decider. Tipp might well have taken the ultimate prize, but the team of the year selection shows how strong Cork have been this season which offers a lot of hope for the Rebels looking ahead to the future”.

Managing director of Bord Gáis Energy Catherine O’Kelly said: “The Bord Gáis Energy team of the year awards acknowledge the hard work and sacrifices the players make throughout the season to represent their counties. The awards also celebrate the championship with the players’ families and friends who themselves make immense sacrifices in support of the players and their respective team-mates. On behalf of Bord Gáis Energy I would like to congratulate all the winners and I have no doubt that there are future household names among the group who will have extremely bright futures in the game. We are delighted to have seen the under-21 championship grow from strength to strength over the years and to have been able to put our customers at the core of the action through the Bord Gáis Energy Rewards Club. We look forward to seeing what the championship holds when we make the change to undr-20 from next year.”