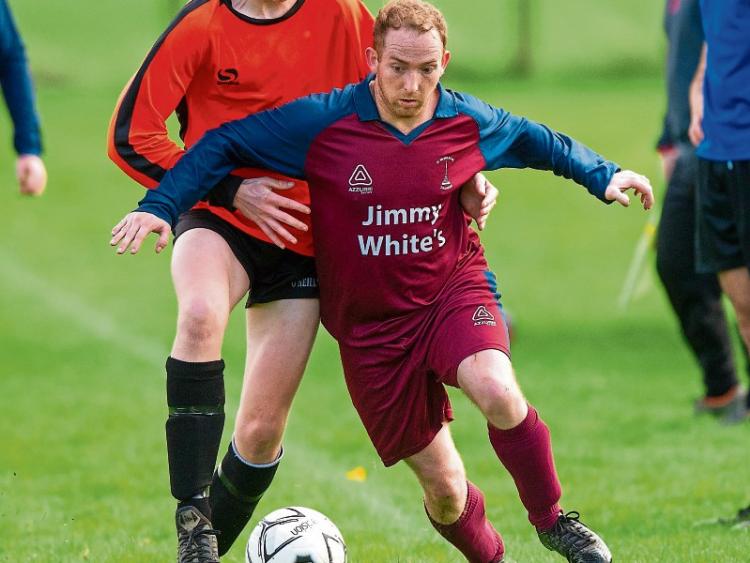 This was one of the South v North games down for decision on Sunday last in this years FAI Junior Cup, and it was the TSDL side that prevailed as they continued their recent run of good form.

The game had hardly got going when the home side found themselves in front, as with just three minutes gone good work down the Bansha left resulted in a cross that Darren McGrath headed home. Two minutes later the hosts added a second goal this time a high swinging cross that Niall Daly got over the line from close range, through injuring himself in the process.

A shell shocked Nenagh responded in the ninth minute when a good run down the Bansha left was well put away with a low shoot to the far post from Szymon Popiela.

The visitors may have thought they had weathered the storm but with just a quarter of an hour on the clock Stephen O’Dwyer was on hand to finish well at the back post from a cross to restore Bansha’s two goal lead.

They extended that to three just before the  break thanks to a great run and shot from the edge of the area by Darren McGrath, to leave his side in a very comfortable position at half time.

The second half was much quieter, with Bansha happy to hold on to what they had and Nenagh struggling to get balls in good positions. It was not till the last 15 minutes or so that the North Tipp side put some good moves together and had a few free kicks around the box, one of which was well struck past the keeper’s left hand in the eighty third minute by Mark Walsh.

Again Bansha  responded  when the hard working Darren McGrath put in a great cross for Stephen O’Dwyer to blast home to finish the game at 5-2.