Played with 'The Blues' for 23 years 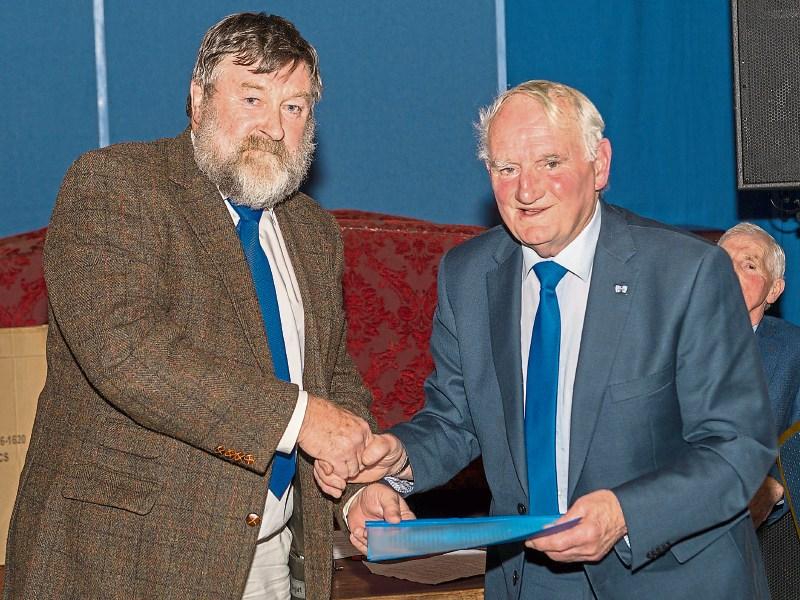 KILLUSTY MEN: Noel Byrne presents a copy of the citation to Jimmy O'Shea.

On a special night for a Fethard team of the past, one of the club's most loyal servants was also honoured.

Club chairman PJ Ahearne said the word 'legend' is often overused but it's appropriate for Jimmy O'Shea who was the surprised recipient of a special honour on the night.

Jimmy O'Shea has served in virtually ever role in the club, being part of so many of the great occasions, but as his fellow Killusty man Noel Byrne said in the citation, he was also an unofficial driver, picking up players for games across Munster and driving them back later.

As Noel said, his contribution to the club over sixty years will never be surpassed.

Probably his greatest honour was when as captain he led his own beloved village of Killusty to South and County Junior Football honours in 1956, also adding to his collection a Tipperarymans Cup Medal in 1959 with quite a few Tournament and seven asides during that time.

He wore the Tipperary jersey at Senior in the National league of 1954 and in 2007 he received the Sean  Gael Award for his services to the GAA.