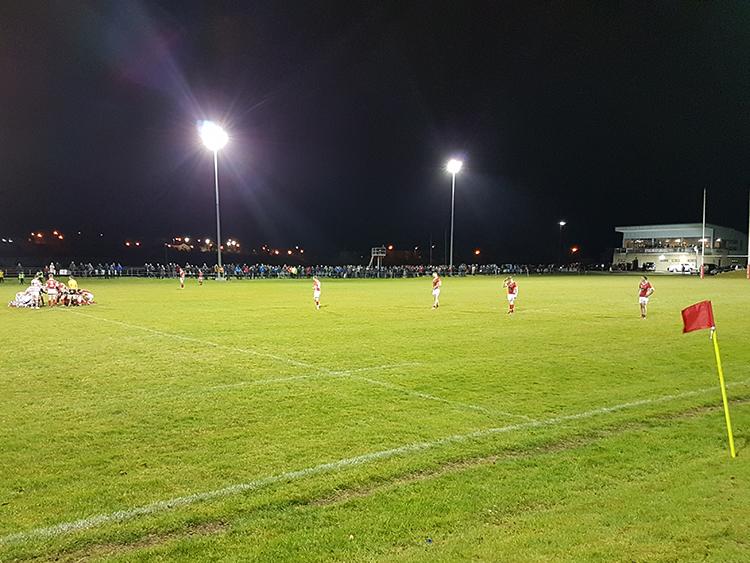 An impressive performance at Spafield on Friday night propelled Cashel RFC to the summit of division 2A in the All-Ireland League - the home side were always comfortable in this contest while, conversely, Nenagh Ormond’s form must be a concern for all associated with the Lisatunny club.

Watch out though for this Cashel RFC side - they are an accomplished team and with Jonty Rae posing a huge threat from full-back the outfit coached by Denis Leamy could take beating this season.

Although Nenagh rallied briefly during the second half of this contest when Nicky Irwin scooted in for a smashing try in the 54th minute Cashel RFC were dominant for the most part and led 15-0 at the break.

Following a smart punt from Cashel RFC out-half Darragh Lyons in the sixth minute Nenagh Ormond winger Patrick Scully was swallowed up, possession was turned over and four phases later Jonty Rae and Aiden McDonald combined before James Ryan plunged over for a terrific try.

Rae converted a Cashel RFC penalty in the 24th minute and although Nicky Irwin, John Coffey and Kevin O’Gorman conjured eye-catching line breaks during the opening quarter the Nenagh lads looked up against it, especially in the tight.

In the 29th minute a confident Cashel RFC waved away an opportunity to kick a penalty, opted for the corner, mauled toward the Nenagh line and then, following some sustained pressure, Richard Kingston dived over and Jonty Rae converted in terrific style from the touch line (15-0).

Cashel RFC chased tries on two more notable occasions during the concluding minutes of the opening half, but, to be fair, Nenagh Ormond made a stand and although Kevin O’Gorman was sin-binned the North Tipperary outfit managed to retire fifteen points adrift at the break.

Six minutes into the second half Jonty Rae converted a Cashel RFC penalty (18-0) and it was instructive to note at this point that the home side led the penalty count 13-2.

Nenagh Ormond earned themselves a foothold in the game in the 54th minute when, following a maul, Nicky Irwin scored in the corner and Alex Ropati thumped over a terrific conversion from the touch line (18-7).

The visitors tried desperately to mount a late challenge, but with Daragh Lyons managing the game smartly from out-half and Ed Leamy goading his teammates toward a more significant effort Cashel RFC closed out the game emphatically when Tommy Anglim treated himself to a brace of late tries.