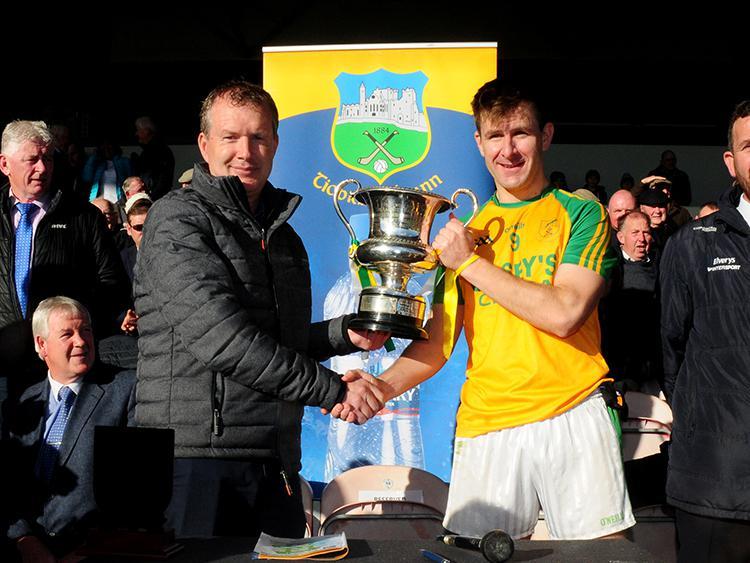 Moyne-Templetuohy will face Cork champions Fermoy in the semi-finals of the AIB Munster Intermediate Club Football Championship at Templetuohy on Sunday, November 11th (throw-in 1.30pm). Moyne-Templetuohy beat Golden-Kilfeacle in the recent final of the Tipperary Water County Intermediate Football Championship, but the indications are that the Premier County champions will enter the up-coming provincial semi-final as distinct underdogs.

Fermoy won their domestic championship in great style when beating St Michael’s 0-11 to 0-7 in the decider and duly returned to senior football in the Rebel County for the first time in fifty-four years. Then on Saturday, November 3rd Fermoy cruised to a fifteen-point Munster quarter-final win (4-9 to 0-6) over Limerick champions Galbally.

In the Munster Intermediate Club Hurling Championship quarter-finals Cashel King Cormacs lost out to Lixnaw (Kerry) recently (1-13 to 1-16) while both of the Premier County’s senior champions exited the provincial championship on Sunday last.

Following on from their comprehensive Tipperary Water County Senior Football Championship final win over Ardfinnan Moyle Rovers lost heavily to Dr Crokes, Kilarney (0-8 to 3-15) at Ardfinnan. And, the Tipperary senior hurling champions suffered a similar fate at Páirc na nGael, Limerick - Clonoulty-Rossmore trailed Na Piarsaigh 0-5 to 2-13 at the interval and ultimately lost their Munster semi-final by eighteen points (0-13 to 3-22).