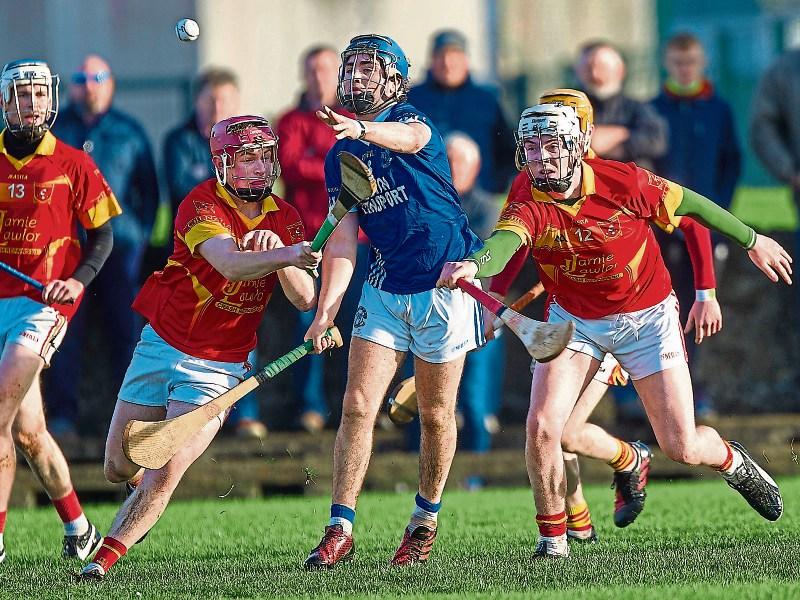 Ross Peters put in another superb performance for St. Mary's in their 2-15 to 1-18 South Semi-Final draw with Killenaule at Cloneen this afternoon.

Eighty minutes of hurling failed to separate Killenaule and St. Mary’s in their South semi-final at Cloneen on Saturday and so both sides will head to Dr. Tom Morris Park in Thurles for a reply under lights on Wednesday night (7.15 pm throw-in).

The winners of this game will advance to meet Ballingarry in the South final next weekend to determine who will face West champions Clonoulty/Rossmore in a county semi-final. 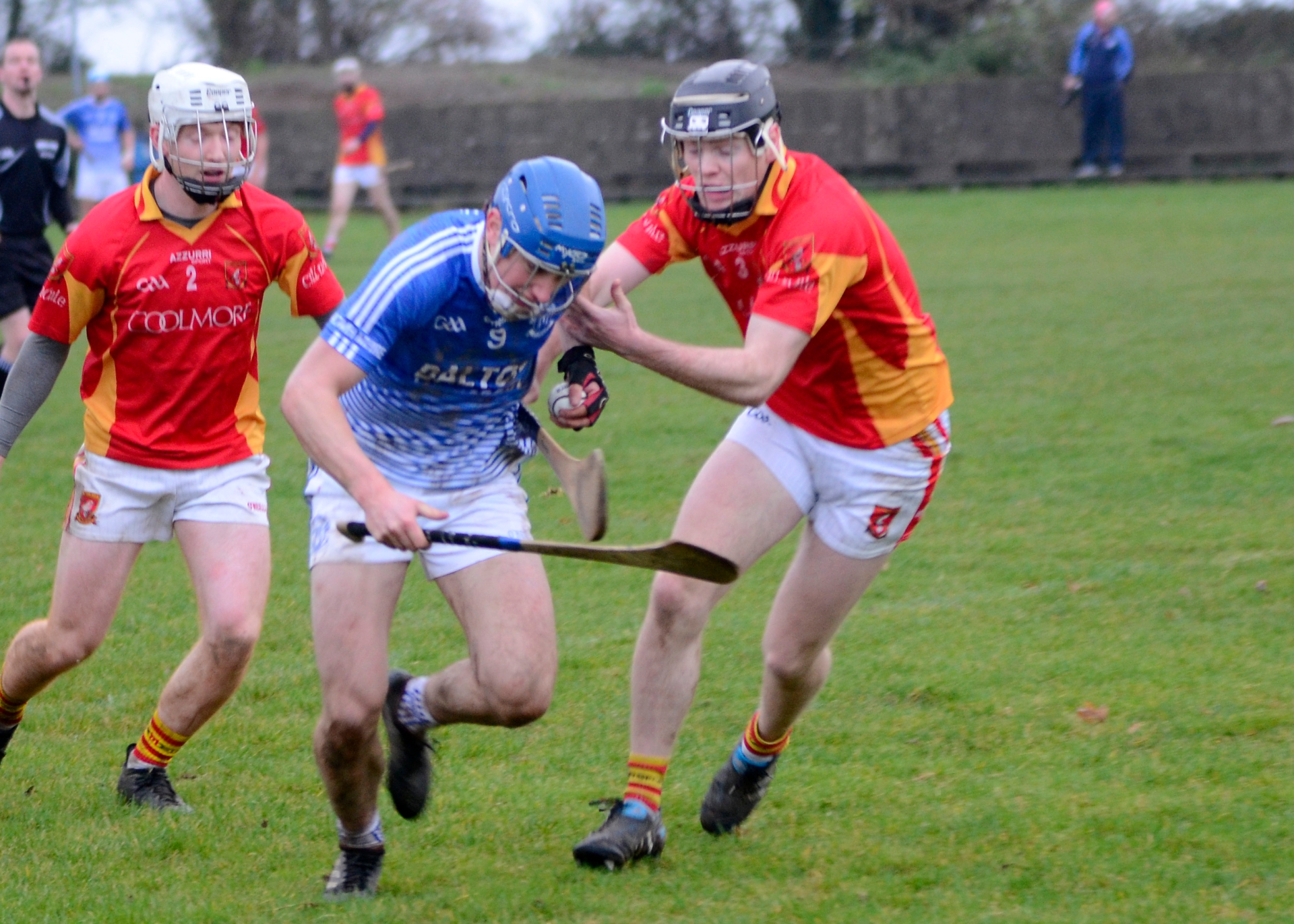 Confusion reigned temporarily at the end of extra-time at Cloneen with the sides still level, after Killenaule staged a remarkable comeback from five points down to draw 2-15 (K) to 1-18 (SM). With light fading fast on a very dull day, referee Sean Lonergan summoned officials from both clubs to the middle of the field to thrash out a solution.

With extra-time having already been played it wasn’t fully understood whether the game had to be played out to a conclusion or not. There was agreement to go on, but with a proviso of a possible objection from one club, and therefore the other reckoned there was no point in proceeding further in those circumstances. And with that, sensibly Sean Lonergan called the game over for the day.

There is no doubt though as to who will be the more relieved side to have this second chance. Twice  a greatly depleted Killenaule (who introduced no subs over the 80 minutes) came from the dead, in normal time and again in extra-time.

Four points down and with the game gone two minutes over, the Robins rallied with a superb goal with virtually the last puck of normal time from Mark Stakelum which gave them a lifeline at 2-8 to 0-14; their earlier first half goal scored by man of the match Eoin Barry.

But the Clonmel side regained the initiative in the first period of extra-time with a goal of their own, finished by substitute Dean Fitzgerald after Matt Barlow had broken Gavin Ryan’s long delivery. When a Ross Peters free put St. Mary’s five clear just before the break in extra-time it looked a done deal but great credit to Killenaule who kept their opponents scoreless thereafter and tagged on some superb points in the second period from Eoin Barry, Mark Stakelum and Eoin Shaw to force parity. 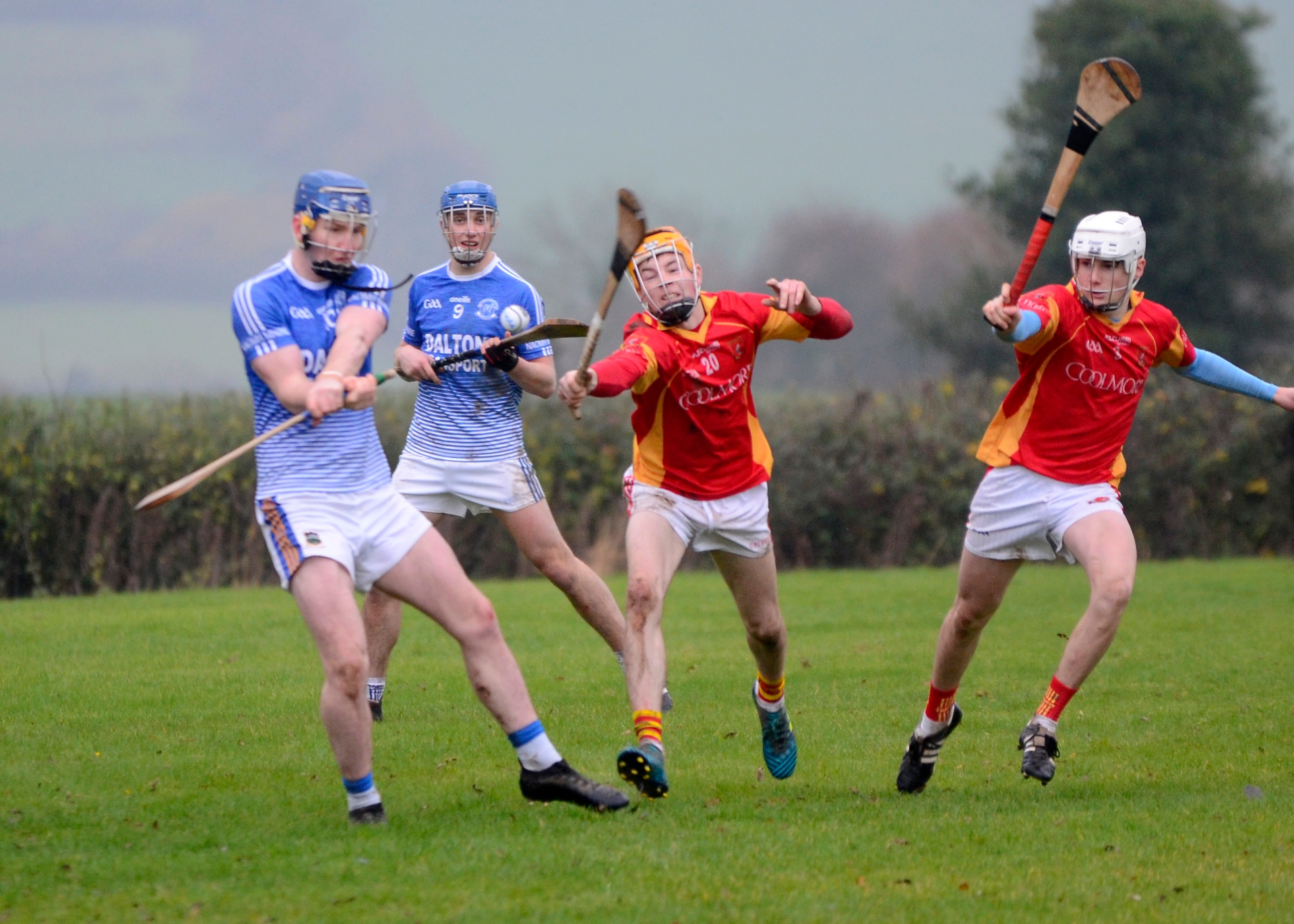 Conor O'Sullivan (St. Mary's) gets away his shot at a score despite the efforts of Gus Browne (Killenaule) to block.

Indeed Killenaule had a late-late chance to win the game but Eoin Barry’s free from 55 metres sailed right and wide and St. Mary’s were happy to survive a game they probably should have wrapped up earlier.

All told, a draw was the fairest result for both sides who gave their absolute everything on the day.

Killenaule  were forced through injury to field without first team regulars Paudie Feehan, Kevin Lawlor and Jack Gleeson, but on the other hand the Clonmel side had only come through a tough battle the previous Wednesday night against Moyle Rovers at Dr. Morris Park.

Four times over the opening 25 minutes the sides were level with some nice points for both sides - St Mary’s  from Conor O’Sullivan (a sideline cut from 25 metres to open the scoring) and Gavin Ryan and Killenaule replies from Eoin Barry and Tom Stakelum.

After Ross Peters’ third placed ball edged the Clonmel side 0-5 to 0-4 up Killenaule responded immediately with the game’s opening goal in the 26th minute. A  delivery from Eoin Shaw put Tom Stakelum through but his rocket was superbly saved by Enda Dunphy. However, Eoin Barry was quickest to react to the rebound to steer home.

Another free from Ross Peters and a monster free from his own 65 line by Enda Dunphy sent the sides in at 0-7 to 1-4 at half-time.

The Mary’s dominated the third quarter and put daylight between themselves and Killenaule to lead by 0-12 to 1-5 with 10 minutes to go with Conor O’Sullivan (2) and Matt Barlow helping with fine points from play.

Michael Ryan’s side were still three points to the good as the game drifted into the third minute of added time. St. Mary’s missed a chance to clear and Eoin Barry seized on a loose ball to deliver a pass to Mark Stakelum who sent a superb left-handed strike to the back of the net. Miraculously Killenaule had forced the game to extra-time at 2-8 to 0-14.

Four minutes into extra-time St. Mary’s took control again when Dean Fitzgerald goaled and went five clear just before the break following sweet points from Dean Fitzgerald and Sean O’Connor, but Killenaule refused to die and dug themselves out of a hole again with four unanswered points in a rallying second period for a deserved draw.

For Killenaule Eoin Barry was superb but there were great performances too from Cillian and Ciarán O’Dwyer, Dean O'Connor and Tom Stakelum.

Ross Peters was St. Mary’s main man all day, but in Gavin Ryan, Adam Peters, Sean Adamson, Jamie McGuire, Jamie Ahearn and Conor O'Sullivan they had players who battled hard in the cause. Enda Dunphy made some great saves to add to his two frees. 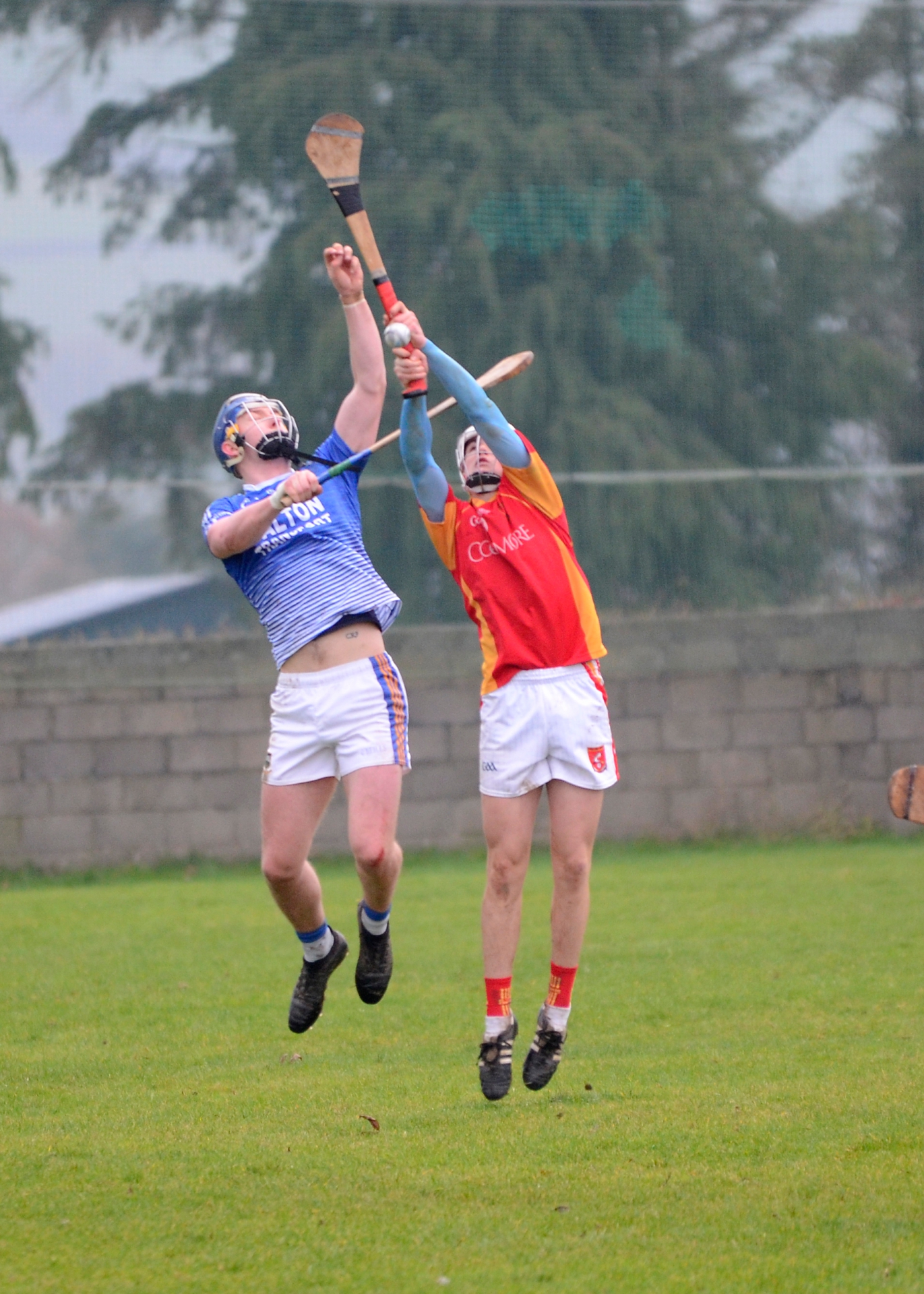 Conor O’Sullivan (St. Mary’s) and Ciarán O'Dwyer (Killenaule) battle it out under the dropping ball during Saturday's South Under 21 Hurling Championship semi-final played at Cloneen.

PS: Best wishes from both clubs and everyone to physio Paula Kearns who picked up a nasty knock on the sideline at the game. We all hope to see Paula back for the replay on Wednesday night.