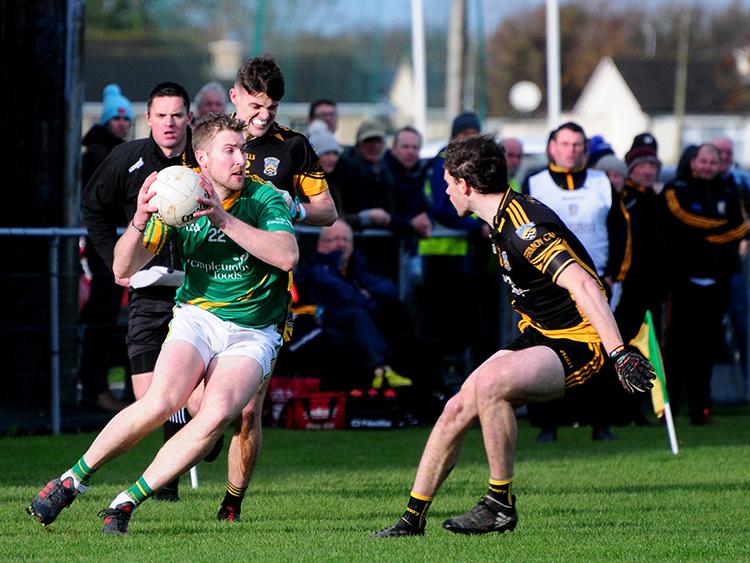 At the November meeting of the County Board at the Sarsfields Centre in Thurles on Tuesday, November 27th club delegates opposed a Football Board motion to transform the structure of the senior football championship and, instead, opted to support a Cahir motion which alters the current format significantly.

The successful Cahir motion proposes that the county senior football championship will feature sixteen teams and four groups of four (seeded as follows: the previous year’s semi-finalists seeded one and the previous year’s beaten quarter-finalists seeded two with the remaining eight teams seeded three and four). The group stage will feature three rounds with the group winners and runners-up progressing to the seeded quarter-finals.

In addition, the Cahir motion proposed the introduction of a new cup competition which will be introduced for the teams who finish in third and fourth place in each of the respective groups. Those teams will progress to seeded quarter-finals while the losers of the quarter-finals in this new cup competition will play-off to determine who makes the drop to the intermediate grade.

The County Football Board (a sub-committee of the County Board) brought forward a detailed motion concerning the format for the county senior and intermediate football championships.

The Football Board proposed that the senior football championship comprise sixteen teams with a provision to relegate three teams and promote one from the intermediate grade leaving fourteen teams to battle it out in 2020. Then, following another three relegations (plus one promotion), that the 2021 version of the competition to be run on the basis of twelve teams (two groups of six). In order to deal with such an alteration to the structure of the competition the Football Board also submitted a motion with regard to the impact that the revamped senior competition would have on the intermediate grade.

Football Board chairman Barry O’Brien (Fr Sheehy’s) and vice-chairman Conor O’Dwyer (Upperchurch-Drombane) spoke passionately in favour of the motions while also explaining the format and the background to the proposals in detail.

County Board vice-chairman Joe Kennedy indicated that he was concerned about a few “small problems” with the proposal(s) including potential grading issues while County Competitions Control Committee secretary Tom Maher spoke out strongly against the motion. Mr Maher argued that the proposal was “unworkable” and “out of the question”.

Loughmore-Castleiney delegate John Treacy also voiced concerns regarding the motion. It was telling that a club so committed to promoting both hurling and Gaelic football spoke out against the motion. And, following a vote the motion was defeated 16-40.

A Loughmore-Castleiney motion was passed on the night which allows the delegates to the County Board to now review each competition structure on an annual basis.

JUNIOR A & B ALL-COUNTY CHAMPIONSHIP

In an interesting departure a Football Board motion, which proposed that the junior A and junior B football championships be played on a county-wide basis with no link to the divisional championships, was passed.

So, in 2019 both the county junior A and junior B football championships will be played on a county-wide basis, but the respective divisional competitions will have no impact on the competition.

Football Board chairman Barry O’Brien (Fr Sheehy’s) introduced the motion and explained that the proposal was the direct result of consultation with the clubs.

West Tipperary Board chairman John O’Shea indicated that he was against the motion and illustrated his argument with the point that the West division had been treated to a “vibrant junior A and B football championship” in 2018. Indeed, Mr O’Shea also revealed that Solohead had played ten championship games in the division before famously winning the county junior B football championship in great style.

Following a recount the motion was carried (31-28).