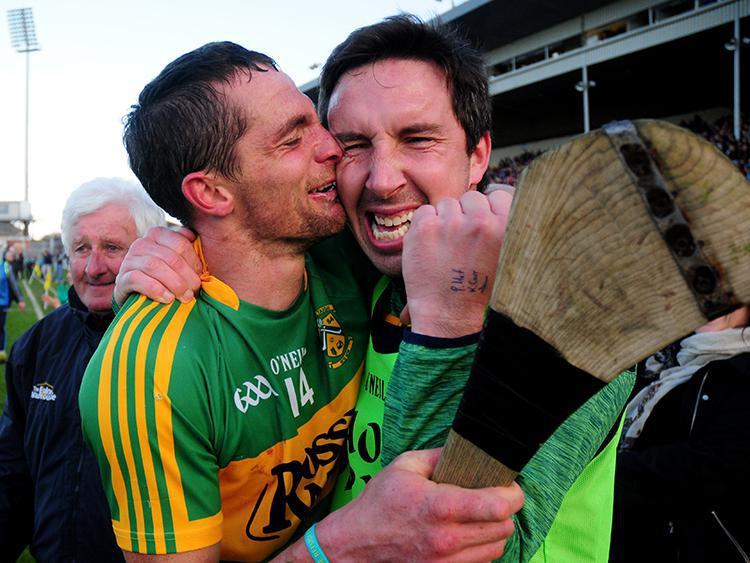 County Board vice-chairman Joe Kennedy is also the chairman of the CCC and following the November county committee meeting of Coiste Chontae Thiobraid Árann (which concentrates the vast majority of its time on determining competition structures) Mr Kennedy sounded a warning to the club delegates present.

The 2019 season will feature a packed schedule of games and as a result Joe Kennedy warned club delegates that mid-week games would be required and that clubs planning to request weekends off could “forget about it” while the County Board vice-chairman indicated that “we need everyone to help us out”.

Considering the fact that Roinn I teams beat Roinn II teams by an average of 15.5 points during the respective divisional championships this season the Drom & Inch club proposed an innovative solution to the problem.

The Mid Tipperary club proposed a motion which sought to introduce a two-tier knock-out competition (similar to the county senior hurling championship) to the respective divisional championships which would work to reduce the number of rounds required and the potential for one-sided contests.

“The beatings have to stop,” Trevor Hassett insisted.

The motion was seconded by Jonathan Cullen (Loughmore-Castleiney) who is also the chairman of the Mid Tipperary Board.

“I won’t be popular for saying this,” Jonathan Cullen explained before insisting that “some people need to face reality”.

“Clubs need to stop believing that they are something that they are not,” the Loughmore-Castleiney man said before adding that “some clubs are happy to be called a senior club and then get beaten by fifteen points”.

One of the suggested improvements revolved around the streamlining of the Roinn I relegation play-offs while the other proposed that third round games during the group phase of the competition be played “where possible” at the same time. The argument being that one pair of clubs may enjoy a distinct advantage over their rivals should they know the result of the other remaining game in the group.

The motion will go forward to the County Competitions Control Committee (CCC) as a recommendation.

A Gortnahoe-Glengoole motion, which proposed to separate the divisional intermediate hurling championship from the county series and thereby sever the traditional link between both competitions, was defeated 29-47.

William Coleman spoke on behalf of the motion which proposed that intermediate hurling clubs would play more games within their division during the months of April, May and June, but, critically, the Mid Tipperary club also proposed to break the link with the county championship and introduce two separate championships.

Loughmore-Castleiney proposed that a minimum fine of €1,500 be imposed on any team failing to fulfill a fixture in the senior or intermediate hurling and football championships. Meanwhile Cappawhite proposed that no minor or under-21 fixtures be scheduled to take place during possible family holiday time (i.e. mid-term breaks). Both motions will go forward to the County Competitions Control Committee as recommendations.

Loughmore-Castleiney also proposed a motion which suggested that only divisional club championship games would be played during the window of time between the end of the national league and the commencement of the Munster senior hurling and football championships. CCC chairman Joe Kennedy explained that it is the responsibility of the committee to decide when best to schedule games and that, as chairman, he could only take the motion forward “as a recommendation”.

The following teams will populate each grade of the hurling championship in 2019.

Twelve clubs competed for the Séamus Ó Riain Cup (Roinn II) in 2018 and following the decision to suspend relegation from the grade two extra sides will join the competition from the intermediate grade alongside the pair relegated from Roinn I. Therefore fourteen clubs will battle it out for the Séamus Ó Riain Cup in 2019 while following the promotion of two more sides from the intermediate championship the grade will be populated by sixteen clubs in time for the 2020 version of the competition.