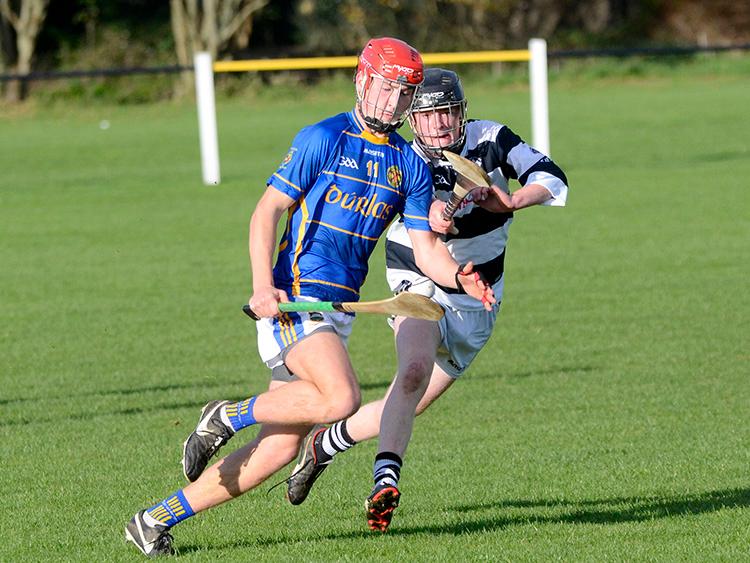 Jack Leamy pictured in action for Thurles CBS during the recent All-Ireland semi-final.

A David Fogarty goal propelled Thurles CBS toward a 1-6 to 0-6 interval advantage and although the Kilkenny lads faced the elements in the second half St Kieran's roared back into this contest and were level with seven minutes of normal time remaining (1-11 to 0-14).

It was at this juncture that Thurles CBS found a hero in half-forward Jack Leamy.

Throughout this entertaining contest a number of Thurles CBS players had caught the eye. Luke Shanahan was terrific at centre-back; the midfield pairing of Ryan Walsh and Edward Meagher got through a power of work while also contributing five points from play. Wing-forward Darragh Stakelum plundered four points and when introduced at the break Pat Ryan conjured five assists. But when his side's need was greatest Golden-Kilfeacle's Jack Leamy grabbed this All-Ireland semi-final by the throat and swung the momentum back in favour of Thurles CBS.

Jack Leamy notched three points from play during the closing ten minutes of the contest and also played a critical hand in two more as Thurles CBS notched six scores without reply to book their place in the All-Ireland final.