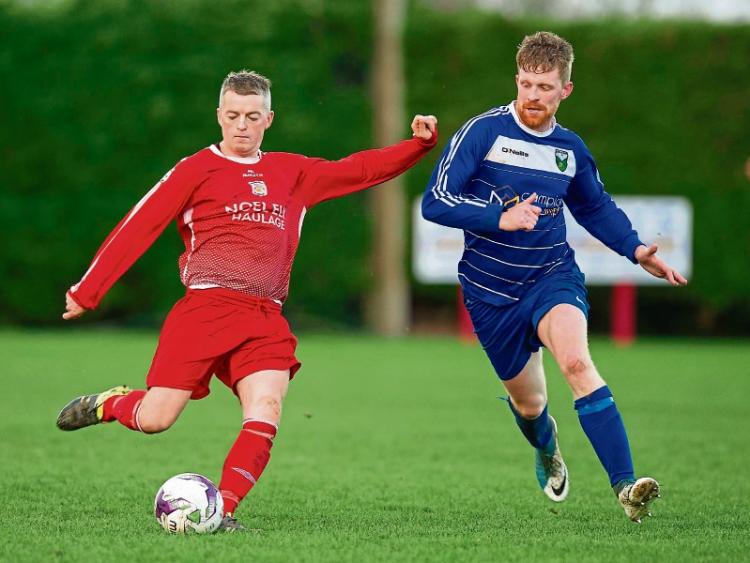 This was a highly anticipated and well supported game at Newhill Park in Borris on Sunday and it served up a cracking game in on a beautifully appointed pitch.

The two teams have met each other a couple of times already this season and would have been more than aware of the danger that each faced, but it was Glengoole United who started with a bang going a goal up after only four minutes. A hopeful ball was smashed into the home area and when it came out of that scramble, ace striker Jamie Carey was on hand to fire home from six yards out.

The victorious Glengoole United team after their Shield final win.

They were barely finished celebrating however when it was the turn of the Borris boys to shake the net, as minutes later Robert Jordan took advantage of a little hesitation in the visitors backline to smash home and level the game.

The wind then started to rise up and this didn’t help a game between two teams who were constantly trying to get the ball on the ground and play good football, and there were no more goals scored before the half time break.

Again Glengoole United started the second period like the first this time taking only three minutes to get back on the scoresheet, in a goal eerily similar to the first but this time seeing Adrian Maher get the final touch to the net. 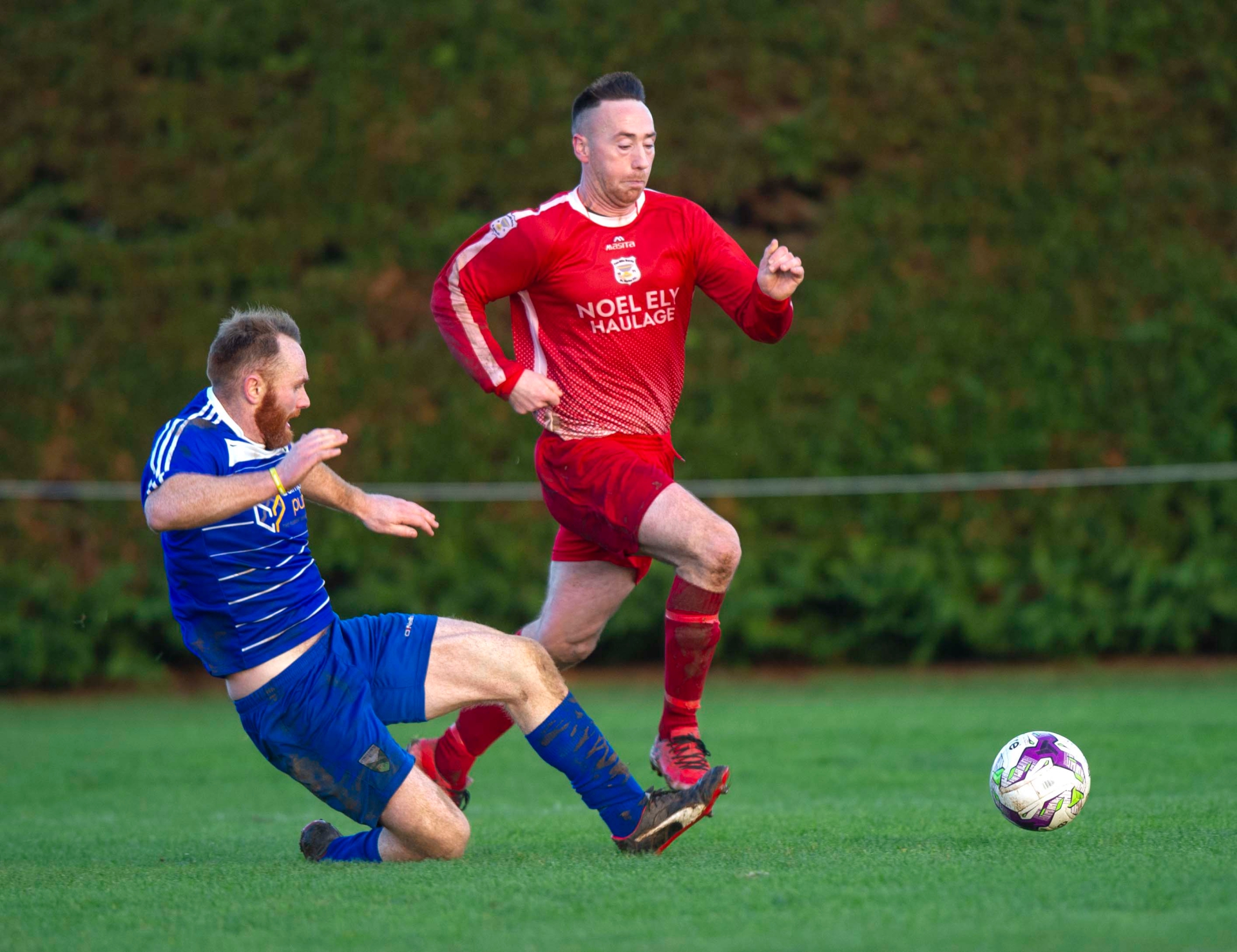 Again the home team battled to get back into the game and were unlucky on a number of occasions, but United were determined to hold out, and in pursuit of this put up a huge defensive display.

The visitors eventually got the vital third goal ten minutes from the end when Ian Ivors drove a shot into the area that fell nicely in the net as the keeper tried to negotiate the pressure he was under from the Glengoole attack.

A late Borris effort was ruled out for offside that could have made something of their challenge late on, but in the end it was Glengoole United who took the victory and the spoils, and gave them bragging rights over their near neighbours, Two-Mile-Borris for the time being, at least.

SEE MORE SOCCER IN THIS WEEK'S ISSUE OF THE NATIONALIST