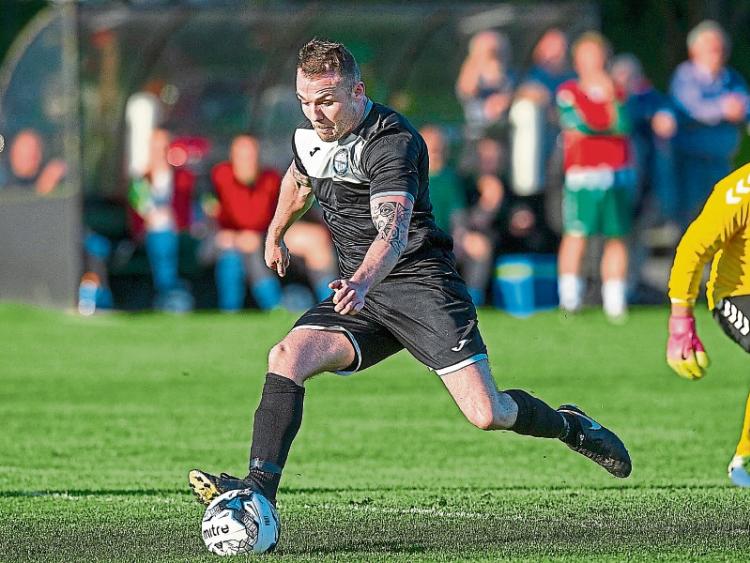 Hot shot Evan McGuire banged in a brace for Clonmel Town in their 4-2 home win against Galbally United in Clonmel on Sunday.

Graham Guiry’s equalising goal just on the stroke of half time proved to be pivotal in Town’s 4-2 victory over Second Division Galbally Utd on Saturday afternoon, in a game played in atrocious weather conditions, that put paid to most of the rest of the weekend’s schedule.

Town had fallen behind in the 18th minute through a Jamie Morrissey strike and found it hard to break down an impressive Galbally side who were well organized from the get go.

The home side had a couple of chances but failed the turn those chances into goals until Guiry finished a Paul Shanahan cross just before referee Mark Jordan blew for half time.

That was the catalyst for the comeback as the prolific Evan McGuire gave the hosts the lead in the opening minutes of the second half, before Guiry chipped in with his second minutes later for his fifth goal of the season.

Evan McGuire notched his second 16 minutes from the end, to make it 4-1, and the game safe until the ever dangerous Jamie Morrissey added a second for the visitors six minutes from time. But it was all too late, and the hosts stride onwards, setting up a crunch meeting with St Michaels in the third round on Sunday, December 30.