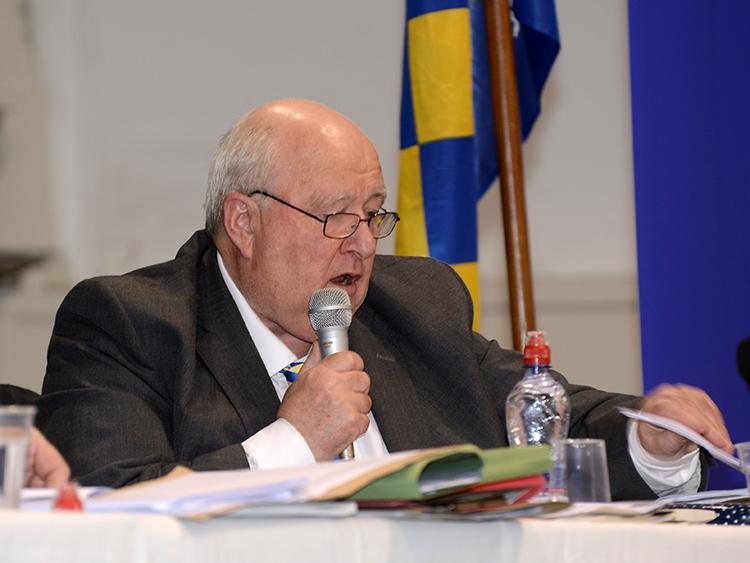 The Tipperary County Board has recorded a surplus for the sixth successive year. The annual accounts were unveiled at the County Convention hosted in The Dome at Semple Stadium, Thurles on Monday, December 17th. And, once more the end of year accounts reflect favourably on an executive led by County Board chairman John Devane (Boherlahan-Dualla) who described treasurer Michael Power’s report as a “reasonably successful outcome”.

The accounts have been audited by Ronan Spain (Spain, Fewer Quinlan & Company). And, it is very encouraging to see the financial resources of the county being managed so prudently when you consider the revelations elsewhere in the country.

County Board treasurer Michael Power described 2018 as “not a bad year”. The Newcastle man thanked his fellow officers for their support and reserved special praise for assistant treasurer Liz Flanagan (Holycross-Ballycahill). Mr Power also highlighted the work of John O’Donovan, Tommy Connors and Willie O’Grady for helping to manage the gates for the County Board while assistant treasurer Liz Flanagan complimented Mr Power on the quality of his work: “I know the hard work that he puts into it”.

This increase might appear odd given the fact that both of the Tipperary senior inter-county football and hurling teams exited their respective championships at a reasonably early stage, but auditor Ronan Spain got right to the nub of the issue when simply explaining that the “the costs of preparing inter-county teams is continuing to rise” while County Board treasurer Michael Power indicated that the issue was “something that the board officers are constantly vigilant on”. Considering the expense associated with the preparation of elite teams such sensible management of resources is more than reassuring for supporters of the blue and gold.

In the current financial context it is interesting to note that during the 1988 County Board convention then treasurer Michael Nolan (Kiladangan) informed delegates that during the previous twelve months the training expenses incurred by the inter-county hurling team had amounted to £30,000.