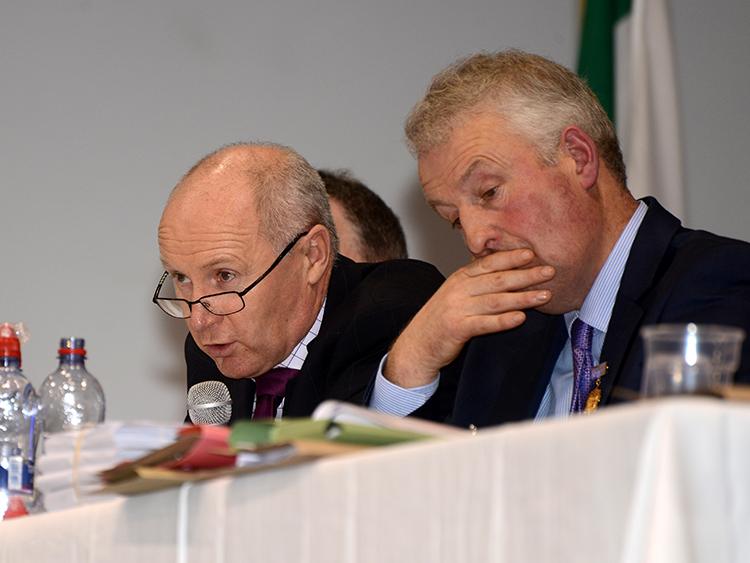 The controversial age grade issue dominated the motions at the 2018 Tipperary GAA County Convention in The Dome at Semple Stadium, Thurles on Monday night, December 17th. And, following a lengthy discussion on the matter a motion which proposed to alter the under-21, minor (under-18), under-16 and under-14 age grades to under-20, under-17, under-15 and under-13 respectively was defeated following a vote (132-62). In this instance 68% of the delegates present voted in favour of retaining the status quo while there were sixteen abstentions.

The decision to alter the under-21 and minor (under-18) grades at inter-county level to under-20 and under-17 respectively has had a knock-on effect across the country with County Boards opting to alter their domestic club championships in kind. As matters stand every county in Leinster and half of the counties in Munster have opted to align their domestic club championships along similar lines (e.g. under-20, under-17, under-15 and under-13).

Motion ten on Monday night’s clár was proposed by the Drom & Inch club who were represented on the night by delegate Pádraig Butler.

Mr Butler carefully outlined why his club believed that the age grades should be re-aligned to under-20, under-17, under-15 and under-13. Pádraig Butler explained that the inter-county age grade had created a “miss-match” with the club age grades and that the “concern” his club had was the knock-on effect that the 2019 inter-county championships could have on the domestic club scene. Mr Butler illustrated his point by explaining how the inclusion of under-17 players on under-20 inter-county squads and under-15 players on under-17 inter-county squads would, in effect, mean that there would be “no possibility” of playing minor and under-16 club games in April, May, June and, potentially, July due to the structure of the inter-county hurling and football championships.

“It is very difficult to see how anything can be played out this year unless we move the grades a year back,” Pádraig Butler insisted.

“We don’t see how we can run the club championships any other way,” the Drom & Inch man added.

Further to the motion proposed by the Mid Tipperary club a letter was circulated to the clubs on Monday, December 17th which was signed by inter-county minor hurling manager Paul Collins and inter-county minor football manager Matt O’Doherty who both asserted their support for a re-alignment of the domestic club championships.

“We are both concerned about the current situation re underage grades for club competitions in Tipperary and believe that there needs to be full alignment between the club and inter-county age grades in the best interests of all our underage players,” read a section of the letter.

County Board coaching officer Tom Dawson (Éire Óg Annacarty) spoke in favour of the motion when he said that it “makes absolute sense to move our club age grades”.

“It will be impossible to play club games if we remain at under-16 and under-18,” Mr Dawson added.

“This is the only motion that delegates should pass tonight,” the Éire Óg Annacarty man added.

Similarly, Joe Kennedy (the vice-chairman of the County Board) argued that it “makes perfect sense to change”.

“Most other counties have changed and the wheel hasn’t fallen off the wagon yet,” the Moyne-Templetuohy man added.

“If we don’t change our age structure we will be looking at players between the ages of fourteen and eighteen playing no games during the summer,” Mr Kennedy explained.

“I would urge people to change,” Joe Kennedy said before warning that delegates could end up “handing the summer over to other codes”.

A number of notable speakers spoke out against the motion and in favour of retaining the status quo.

Toomevara’s Jackie Meagher, for example, spoke out passionately regarding the issue and declared his concern for minor players who could be left behind in 2019.

Mr Bourke also pointed out that 2,045 games had taken place at juvenile level in the county this year, but because under-11 players cannot play competitive games by rule that figure would drop to 750 games if the motion passed - if the under-12 grade dropped to under-11 those players would be precluded from competitive action and, instead, can only engage in the ‘Go Games’ format.

It was interesting to note during the discussion, however, the contribution of Central Council delegate Michael Bourke (Upperchurch-Drombane). The former County Board chairman explained that a national directive, which would force every county in the country to re-align their domestic club championships to under-20, under-17, under-15 and under-13, was imminent.

“I have no doubt that there will be a motion to congress this year to change the age group standard across the country,” Mr Bourke explained.

Essentially this means that delegates to the 2018 Tipperary County Convention may have only voted to retain the status quo for the 2019 domestic club championship; that a ruling passed at congress may force the Premier County to re-align their grades in time for the 2020 season.