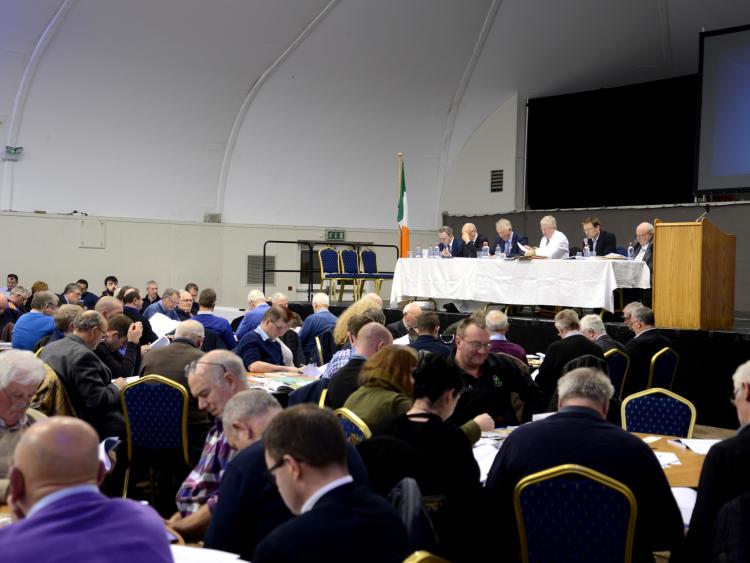 In the County Competitions Control Committee's (CCC) report to the Tipperary County Convention on Monday, December 17th at The Dome at Semple Stadium, Thurles the secretary of the CCC, Tom Maher, made the following revealing comment: “I do shudder to think what will happen when Tipperary reach an All-Ireland senior hurling final and or go further in the senior football championship”.

Mr Maher's comment was made with specific reference to the structure of the club championships in the Premier County. Reflecting on his experience as secretary of the CCC in 2018 Tom Maher revealed that the “system worked okay this year because Tipperary were not involved in the senior hurling or football championship beyond the month of June”.

The disappointing seasons endured by both the senior hurling and football inter-county teams allowed the club competitions some “breathing space” in 2018. Tom Maher, however, was concerned about the knock-on effect that a longer inter-county campaign could have on the domestic club scene in Tippperary.

Tom Maher illustrated his point when explaining that should the Tipperary senior hurling team reach the 2019 All-Ireland hurling final that would leave twelve weeks in total (nine weeks during the August-October period and two to three weeks in April) to play the club championships - that's twelve weeks to play a seventeen-week championship. And, such a programme of games does not allow for incidentals like inclement weather which could, potentially, prolong the championships. In 2018, for example, six weeks had to be added to the programme of games to deal with such incidentals meaning that it took twenty-three weeks to play off the respective championships.

Although Mr Maher indicated that “umpteen walkovers” made the running of the 2018 All-County League a “downright disaster”he did take issue with suggestions that players had no games to play in May, June and July.

“That's not too bad considering all the fields were reported to be closed,” Mr Maher noted in his report to County Convention.

The CCC secretary also noted that Tipperary's 2018 county champions in hurling and football failed to win a match in the provincial championship. Indeed, Mr Maher said that “Tipperary's record at provincial level is dismal to say the least” and that “I would believe a part of if is down to our structures”.

In his report to the recent County Convention John Costigan, the County Board's fixtures analyst, also made a series of telling comments with regard to the club championship when arguing that counties now “have to tailor their own domestic competitions to fit into the designated windows”.

“The next step for us in Tipperary is to acknowledge that our current championship format is not fit for purpose and the convoluted system where divisional winners come into the county championship at different phases has far out-lived its usefulness,” John Costigan argued.

“I am therefore recommending that our four main adult competitions - senior and intermediate hurling and football - should be run independently (from the divisions), commencing with one round in both codes taking place in the April window with them being played to conclusion in the August to October period,” reported Mr Costigan.

“All in all it's a changing time within the Gaelic Athletic Association and to stand still and to believe that what fitted the bill in years gone by will do in 2018 is doomed to failure,” John Costigan added in his report to the convention.

“Tipperary is a county that is doing most things very well in most situations, but I believe that our championship formats in the different grades in both codes needs addressing,” Mr Costigan wrote.