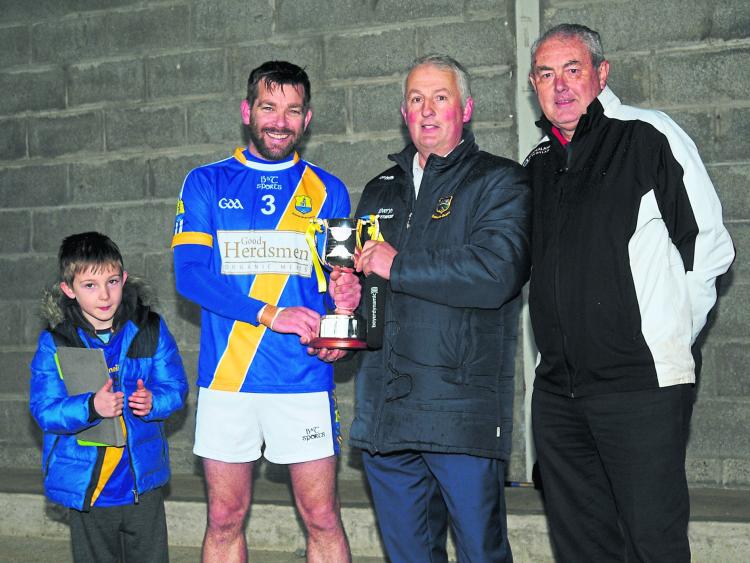 The countdown is well and truly under way to Boherhalan-Dualla's Munster Junior B Hurling Championship semi-final clash with Inagh-Kilnamona - the Tipperary champions will face their Clare counterparts on Saturday, January 5th at Páirc Íde Naofa in Raheenagh, Limerick (the home of Killeedy GAA Club) - throw-in: 2pm.

And, Boherlahan-Dualla will be hoping to emulate Thurles Sarsfields' 2018 achievement when the Blues won the All-Ireland Junior B Hurling Championship thanks to a final win over Kilnadeema (2-11 to 1-13) following their provincial final victory over Killavullen (0-10 to 0-5) at the same venue.

Adult admission to the contest against Inagh-Kilnamona is priced at just €10 while complimentary tea, coffee and sandwiches will be provided for all players and supporters after the match in the community centre adjacent to the pitch in Raheenagh.

In the quarter-finals of the competition Inagh-Kilnamona saw off the challenge of Ballyheigue (Kerry) with twelve points to spare (2-15 to 1-9).

Limerick champions Cappamore await the winners of the up-coming semi-final in the provincial decider which is scheduled to take place on Sunday, January 13th at Páirc Íde Naofa in Raheenagh (2pm).

On November 3rd last Boherlahan-Dulla enjoyed a nineteen-point win (3-19 to 0-9) over Mullinahone in the Tipperary Water County Junior B Hurling Championship final played at Littleton. And, that win completed a unique double for the Mid Tipperary club; the Boherlahan-Dualla junior A team were also crowned the county champions in 2018.