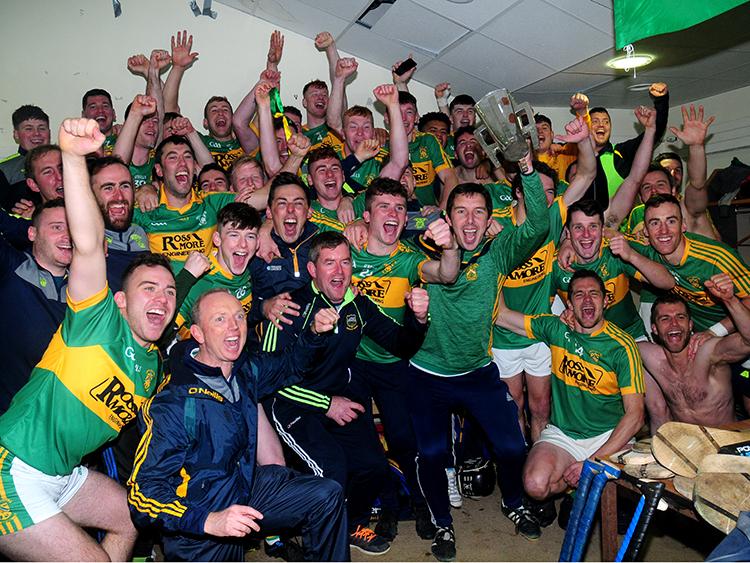 With the draw for the 2019 Tipperary Water County Senior Hurling Championship scheduled to take place on Monday, January 28th the clubs of the Premier County have been busy in recent weeks finalizing their respective management teams. There have been some interesting appointments as the contenders gear themselves us for what is likely to be another thrilling championship. And, in total twenty-seven of the thirty senior hurling clubs in the Premier County have confirmed their respective management teams - please read on for all the details.

Portumna's Johnny Kelly has returned for a third season at the Borris-Ileigh helm and he is joined on the management team by selectors Philip Maher, Philip Kenny and Martin Maher while Angelo Walsh will take responsibility for the strength and conditioning of the side.

Paddy Bourke, who was a selector in 2018, has taken over as Clonoulty-Rossmore manager while Limerick's Leo O'Connor will replace John Devane as head coach. The county champions' management team also features assistant coach Jason Forristal and S&C coach Andy O'Connor.

Paul Sexton has been appointed manager of the Éire Óg Annacarty senior hurling team and will work alongside selectors Jeremy Furlong and Kevin Fox. Meanwhile Limerick man John Touhy will coach the side. Annacarty's S&C coach is James Maxwell.

Brian Lawlor has been appointed as manager of the Kiladangan senior hurling team while Portumna native Seán Treacy will coach the side. An eye-catching Kiladangan management team also features selectors James Flannery and Murty Nolan.

Former Waterford manager Michael Ryan, who guided St Mary's Clonmel to intermediate county final success in 2017, has been appointed as manager of the Killenaule senior hurling team. Tony Shelly, who is also coaching the Tipperary minor hurling team this year, will coach the side while 2018 manager Declan Ryan is staying on as a selector. Meanwhile Sean O'Regan has been appointed S&C coach.

Following a terrific 2018 season Liam O'Shea has returned as Kilruane MacDonagh's manager. Ballinahinch's Cormac McGrath will coach the side and Pat McLoughney will perform the role of selector while you can also be sure that Eamonn O'Shea will have an influence on the set-up.

Manager Noel Morris has assumed the reins of the Loughmore-Castleiney senior hurling team with Declan Laffan set to coach the side.

The Moycarkey-Borris senior hurling team will be managed by Brian Lonergan and coached by Sean Prendergast (Waterford) while Christy Clancy and Noel McKelvey have been appointed as selectors.

Former players Noel Maloney and John Brennan have been appointed joint-managers of the Nenagh Éire Óg senior hurling team while Limerick's Darragh Droog will remain in place as the Blues' strength and conditioning coach.

The Roscrea senior hurling management team will not be confirmed until the club's annual general meeting takes place on January 20th. It is rumoured, however, that Liam Dunphy is taking over as manager - Liam guided Roscrea to county minor A hurling final success in 2017. It is also rumoured that Liam Dunphy will be joined on the management team by former Clare inter-county star Colin Lynch as coach.

Séamus Quinn has returned as manager of the Thurles Sarsfields senior hurling team. Garry Mernagh, who helped to guide the Blues to the 2012 Munster title alongside Quinn, is back as coach while Tony O'Mara and Andy Ryan have been appointed as selectors. It is understood that this management team will manage the fortunes of the Thurles Sarsfields teams in both Roinn I and Roinn II of the county senior hurling championship.

Although coach Tommy Dunne has graduated to Liam Sheedy's Tipperary senior management ticket Denis Kelly is remaining on as the Toomevara senior hurling manager while Tommy Dunne has been replaced as coach by his brother Ken. Kevin Cummins is still a selector with the Greyhounds and although Ross Dunphy has moved on as S&C coach he has been replaced by Kenny McDonald.

John Ryan is staying on as manager of the Upperchurch-Drombane senior hurling team, but his management team now features Holycross-Ballycahill's Michael Ferncombe as coach. John Quinn and Gerry Ryan will perform the role of team selectors this season.

Brendan McKeogh has returned to the helm at Ballina and the man who guided the North Tipperary outfit to county intermediate honours in 2013 will be joined on the management team by selectors John Gleeson, Diarmuid Healy and Brian McKeogh while both Paddy Quinlan and Paddy Cassidy will take responsibility for the strength and conditioning of the team.

Nigel Cleere is the manager of the Ballingarry senior hurling team this season and will work alongside selectors Patrick ‘Blondie’ Ivors and Liam Cleere.

Birr's Paul Murphy has been appointed manager in Clonakenny, but the remainder of his management team has not yet been confirmed by the Mid Tipperary club.

Successful under-21 manager Paudie Bourke has been appointed as the JK Bracken's senior hurling supremo. Bourke will work alongside selectors Padraic Keely and Peter Maher as well as strength and conditioning coach Stephen Butler.

Barney Loughnane has taken over as Lorrha-Dorrha manager and while JP Houlihan has been confirmed as a selector it is understood that another selector will be appointed in due course while Kevin Quinlan is also on board as the club's strength and conditioning coach.

The Mullinahone management team is not finalized and will be unveiled in due course later this month.

The Newport senior management team will not be confirmed until the club's annual general meeting has taken place on January 15th.

Club legend Declan Corcoran, who captained Tipperary to an intermediate All-Ireland hurling title in 2000, has taken over as Silvermines manager; Declan is joined on the management ticket by selectors Donal Forde and Anthony McGrath.

Séamus Quinn has returned as manager of the Thurles Sarsfields senior hurling team. Garry Mernagh, who helped to guide the Blues to the 2012 Munster title alongside Quinn, is back as coach while Tony O'Mara and Andy Ryan have been appointed as selectors. It is understood that this management team will manage the fortunes of the Thurles Sarsfields teams in both Roinn I and Roinn II of the county senior hurling championship.

The following teams will populate each grade of the hurling championship in 2019.

Twelve clubs competed for the Séamus Ó Riain Cup (Roinn II of the county senior hurling championship) in 2018 and following the decision to suspend relegation from the grade two extra sides have joined the competition from the intermediate grade alongside the pair relegated from Roinn I.

Therefore fourteen clubs will battle it out for the Séamus Ó Riain Cup in 2019 while following the promotion of two more sides from the intermediate championship the grade will be populated by sixteen clubs in time for the 2020 version of the competition.