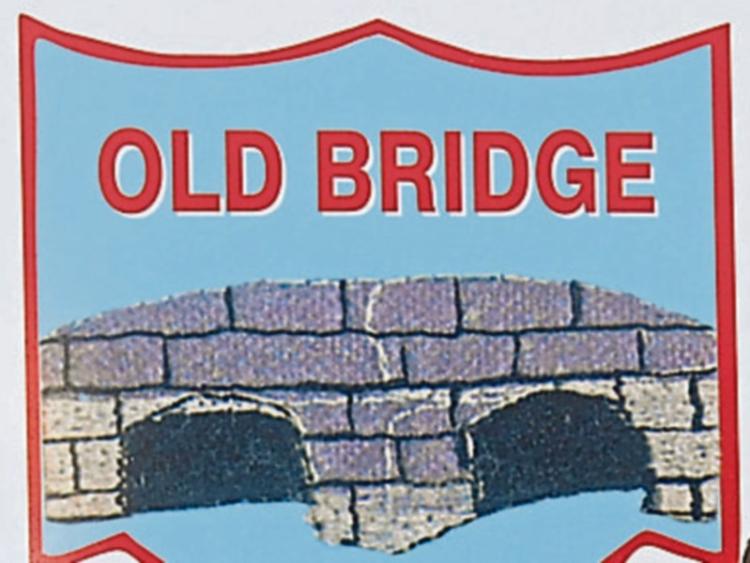 A bridge too far. Old Bridge FC's relegation from the TSDL Premier Division was confirmed on Sunday last after a 13th consecutive league defeat for the Green Lane, Clonmel outfit.

Unfortunately it was unlucky thirteen for Old Bridge on Sunday last as they fell to another defeat at the hands of Bansha Celtic and slipped into relegation from the Premier League after a number of seasons at the top level.

The game was even enough in the first ten minutes but the visitors took control when they opened the scoring in the 13th minute after a ball fell to Bernard Fitzgerald on the edge of the 18  yard box and he hammered it home.

Bansha then took control of the tie and they doubled their lead nine minutes before the break when home keeper Liam Powell made an excellent save but was unable to keep out the rebounded shot after Fitzgerald reacted quickest in the area.

This was how the game went to the break, and any hope of a comeback by the home side was snuffed out five minutes into the second period when Steve O’Dwyer curled a beautiful goal in of the post with the home keeper given no chance of keeping it out.

To their credit and as they have done all season, the Bridge kept on plugging away and playing good football, and were rewarded three minutes from the end when Gary Madigan got in behind the Celtic defence and slotted past the keeper to reduce the deficit.

That barely lasted a minute however as the visitors recorded a fourth just before the final whistle when Darren Mc Grath made his way along the end line and looped a ball over the advancing keeper to leave the final score at 4-1 in favour of Bansha Celtic.

Clonmel Celtic finally put any lingering doubts about being caught in a relegation battle to bed when they put clear water between themselves and the bottom of the table with a very good win against a Cahir Park side who are also enjoying a good season back in the Premier League.

The visitors started better and controlled most of the early part of the game, without finding the net when they should have on more than one occasion. They finally broke the deadlock seven minutes from the break when Seanie O’Hara found himself alone 15 yards out and shot across the home keeper to the net.

Only three minutes later Clonmel Celtic doubled the lead when veteran striker Paul Kennedy was first to react to a ball played into the Park area and he struck home.

That was how the game went to the break, and although the home side did have a few more chances in the second period than they did in the first, it was always the visitors that were most dangerous and looking more likely to add to their tally.

The only downside to their win was an injury sustained to O’Hara late in the game that everyone hopes will not be too serious.

Probably the most significant game of the weekend in the Premier League and a real six pointer saw Vee Rovers game a massive three points and put real clear water between themselves and a Tipperary Town side that will now need to dig really deep if they are to get themselves out of the relegation hole that they find themselves in currently.

It was a game of two halved played in testing conditions with the home side making all the running early on. They finally took the lead when Vinny Godfrey was taken down for a penalty and he dusted himself off to make no mistake from twelve yards out.

After that Town created a number of chances throughout the first half but were unable to get the all-important second goal that would have given some breathing space.

This was to come back and haunt them as the visitors took the game by the scruff of the neck from early in the second period and never let go after that. They were back on level terms within five minutes of the restart with a goal by Alan Condon, and just after the hour mark Brian Sweeny found the net to give them the lead.

The home side were at sixes and sevens by this stage and Rovers assured themselves of the victory when they added a third from the penalty spot with nine minutes left on the watch. Shane Mc Grath kept the cool head to score this one.

The result leaves Vee in a good position to maintain their Premier League status after promotion last season, but means that Tipperary Town are going to have to produce some massive performances in the weeks ahead if they are to maintain theirs.

Catch up with all the latest sport in Tipperary on TipperaryLive.ie