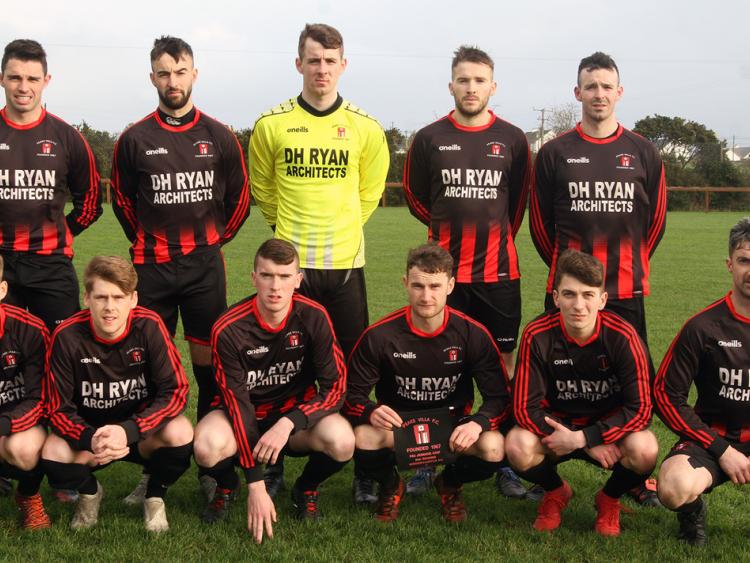 Peake Villa made their exit from the Munster Junior Cup on Sunday in Thurles when the Tipperary outfit lost 0-2 to an excellent Regional United team - this was an excellent fourth round game and although Villa gave as good as they got for the majority of the contest the home team were caught on the break twice by their Limerick District League counterparts.

Clonmel Celtic lost out on penalties away to Lakewood Athletic (3-4) on Saturday while Borroway Rovers suffered a five-goal defeat in Waterford against Hibernian FC (2-7). Last week St Michael’s beat Carrick United B (2-0) to progress to the fifth round and although the Saints represent the only Tipperary league side in the last sixteen of the competition they will be joined there by Carrick United A (who ply their trade in the Waterford League). On Sunday Carrick United beat Abbeyfeale United 2-1.

This fourth round Munster Junior Cup clash between Peake Villa and Regional United was a high quality contest right from the start.

Regional United looked a really accomplished outfit, but it was the home side who created the first real opportunity of the game when Michael Wade demanded a good save from opposition ‘keeper Robert Shiel as early as the eighth minute.

Seconds later Regional enjoyed a terrific opportunity of their own when David Cowpar cracked a header off the Peake Villa bar following Alan Murphy’s pin-point delivery from a corner.

Villa were forced back thereafter and managed to absorb some significant pressure before Michael Wade demanded another good save from the opposition ‘keeper in the 22nd minute, this time from a free kick.

Six minutes later a Clyde O’Connell screamer was deflected narrowly over the Peake Villa bar and just when it appeared as if the home side would survive until the break without conceding the critical first goal disaster struck in the 42nd minute - Villa were piecing together what looked like a promising attack deep inside the United half when Regional intercepted a sloppy pass and countered; that attack culminated with a Willie Griffin shot which Peake ‘keeper William Tierney did especially well to save, but Patrick McDonagh was on hand to bury the rebound (0-1).

There was still time in the opening half for both sides to enjoy further goal-scoring opportunities - Robert Shiel did well to save from Stephen Carroll in the first minute of injury time while William Tierney did brilliantly to stop a Clyde O’Connell effort in the 47th minute following another lightning-fast Regional United counter-attack.

Regional’s Alan Murphy swung in a series of terrific deliveries during this encounter and in the 54th minute the left back’s corner found the head of Jack Lynch, but William Tierney conjured a terrific save to deny the visitors a second goal.

With half an hour to go it appeared as if Peake Villa had located an equaliser - the lively Frank McKevitt won the ball back high up the pitch and played in Stephen Carroll’s who dipping right foot effort fly narrowly wide.

Villa, however, will building nicely and were right in this contest, that is until the 67th minute when the home side were hit with a sucker punch - once more Regional United countered from the edge of their eighteen-yard box, Willie Griffin’s cross found Evan Cusack and although William Tierney advanced smartly the Regional winger lifted his effort over the advancing ‘keeper to force his side two goals clear. 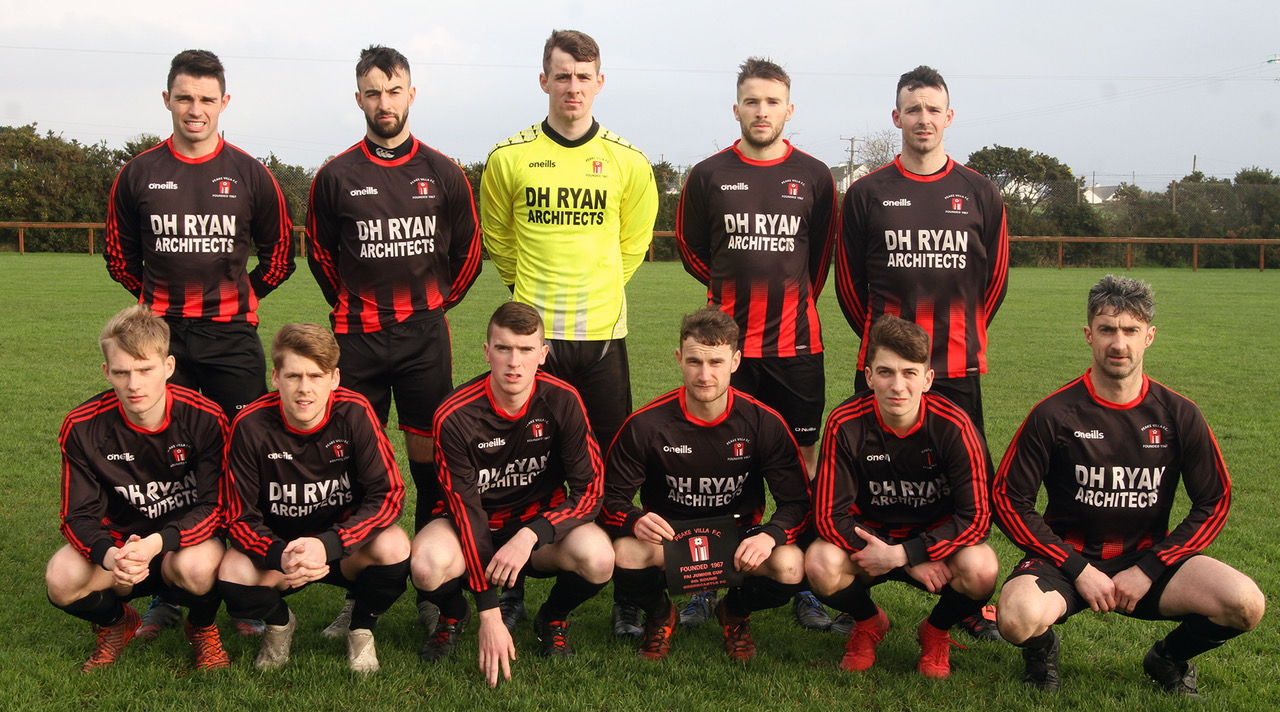