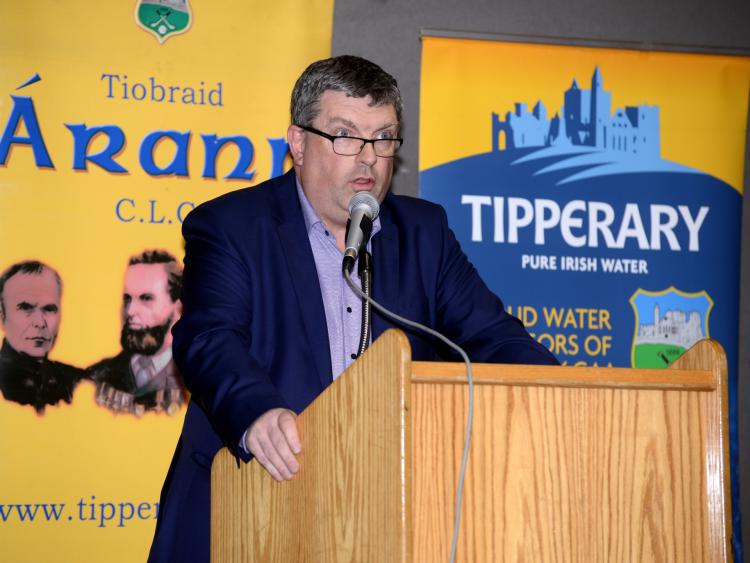 When secretary Tim Floyd broached the subject that Ger Ryan had been appointed vice-chairman of the Munster Council at a meeting of the Tipperary County Board on Tuesday, January 29 the attending delegates broke into a spontaneous round of applause. On Friday, January 25 Ger Ryan was elected unopposed as vice-chairman of the Munster Council for the next three years at the provincial convention hosted by the Devon Inn Hotel in Templeglantine (County Limerick). And, the news was warmly received by delegates at the meeting of the County Board in the Sarsfields Centre, Thurles.

The Templederry Kenyons man is a more than accomplished GAA administrator, former PRO with the Tipperary County Board, former chairman of the Tipperary Supporters Club, former delegate to the Munster Council and a former chairman of his club (1991). Indeed, Mr Ryan has also served on a whole plethora of committees and is regarded as one of the leading administrators of the association in the country.

County Board chairman John Devane congratulated Ger Ryan on his appointment before adding: “I want to wish him well in his role”.

Meanwhile Michael Ryan, the Templederry Kenyons delegate to the County Board, indicated that he wished to congratulate Ger Ryan and described the provincial vice-chairman as a “distinguished member of our club”.

“It is a huge honour for our club to have someone hold that position on the Munster Council,” Michael Ryan said.

At the meeting Ger Ryan described the role as a “huge honour and a privilege”.

“I will do my best to represent my club and my county to the very best of my ability,” Ger Ryan said before adding: “I will always be a Tipperary man, but it will be my job now to represent the clubs and the counties of the province”.

“I hope to enjoy the opportunity to present the odd cup or two to a Tipperary captain,” the Templederry Kenyons man said with a smile.

County Board vice-chairman Joe Kennedy, who is also the chairman of the County Competitions Control Committee (CCC), revealed at the January meeting of the County Board that a minimum fine of €200 will be imposed on clubs if team mentors are reported for abusing match referees during the 2019 season.

Mr Kennedy also revealed that “the (master) fixtures plan is based on Tipperary getting to an All-Ireland final, but if Tipp do not reach the All-Ireland final then the dates will come forward”. Joe Kennedy explained that should the Tipperary inter-county teams exit their respective championships early the club championships could proceed from as early as “the first of July onwards”. Further to the discussion Derek Williams (Clonmel Commercials) sensibly requested that when the respective Tipperary teams exit their respective championships that an updated master fixtures plan be forwarded to the clubs. Mr Kennedy agreed and described the request as “fair enough”.

At the January meeting of the County Board John Doyle (Holycross-Ballycahill) and John Morrissey (Galtee Rovers) were elected as the two club representatives on the county management committee.