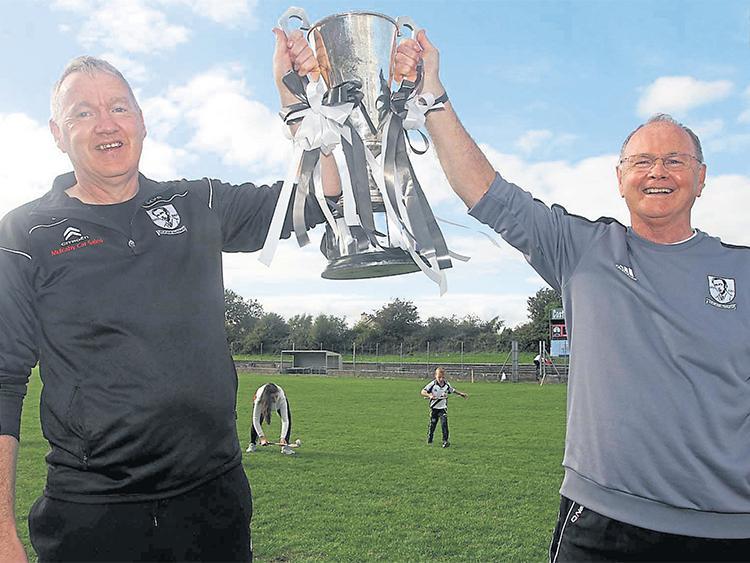 Kilruane MacDonagh’s will launch their defence of the Hibernian Inn North Tipperary Senior Hurling Championship when they place the Frank McGrath Cup on the line against Silvermines - the draw for the 2019 North Tipperary Senior Hurling Championship, which is proudly sponsored by Martin Morris and family, was made in the Hibernian Inn on Wednesday night, January 30th.

Speaking prior to the draw competition sponsor Martin Morris spoke passionately in favour of retaining the divisional championship. Mr Morris described the North Tipperary Senior Hurling Championship as “iconic” and that the crowds attracted to the games in 2018 were “testament” to its inherent value.

“It is something that we must fight to our fingernails to keep,” Martin Morris said.

“Whatever we do we need to preserve our championship,” the Nenagh Éire Óg man added.

Because there are thirteen senior hurling teams in the North Tipperary division three sides were drawn as byes in the opening round and progress directly to the quarter-finals - these are: Lorrha-Dorrha, Templederry Kenyons and Roscrea.

Meanwhile the draw for the Denis’ Meats North Tipperary Intermediate Hurling Championship was also made.

In the preliminary round Borrisokane have been drawn to face Ballinahinch while the winner of that contest will face Kiladangan in the semi-finals. On the opposite side of the draw Shannon Rovers take on Moneygall with a place in the final up for grabs.

Right now no dates have been identified to play any championship games in the North division.