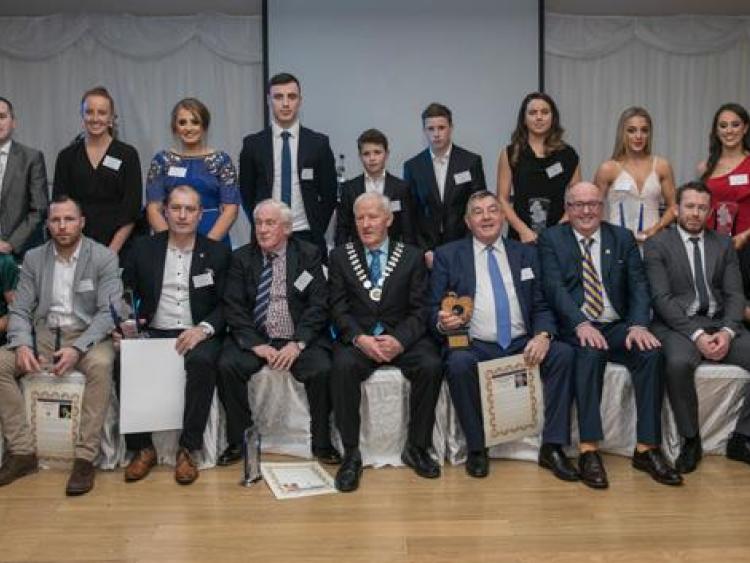 The presentation of the Annerville awards to Tipperary’s amateur sports stars of the year was an opportunity to recognise the heroes that we don’t have to travel too far to find.

That was stated by Muiris Walsh, chairman of the Tipperary United Sports Panel, at the presentation of the 2018 awards at the Clonmel Park Hotel on Saturday night.

He said it was to the credit of the panel that the so-called minority sports had never been forgotten and have been  honoured many times. A total of 42  sports had been honoured since the first awards in 1959.

“For the first time since 1991  we honour equestrian sports," said Mr. Walsh.

“The Cashel brothers, Max and Tom Wachman, are following in the footsteps of John Watson, Eamon Hickey and Olivia Holohan.

“In pitch and putt James Cleary becomes the first male player to win two individual awards, having first been honoured back in 2006.

“In a year when the entire nation was captivated by the exploits in the World Cup by our ladies hockey team, it is wonderful to see that seven of our receipients are female.

“All of these women are an inspiration to young women in their communities and clubs, proving that gender should never be an obstacle to achieving your personal goals. Three of these great sportswomen are still at school.

“Athletics winner Miriam Daly competed in the World Youth Games in Argentina. Our youngest recipient Katie Morrissey swept the boards in tennis and none of us will forget the exploits of Elle Mai Gartland as she boxed her way to gold in the European Championships.

“Both at home and around the world, these young and talented sportswomen are competing at the highest level." 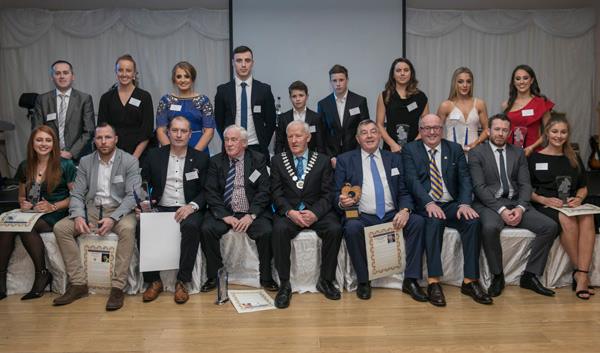 The chairman also wished sailing award winner Aisling Keller the very best of luck in her efforts to qualify for next year’s summer Olympics in Tokyo. “It would appear tonight that this is Ardfinnan’s world and the rest of us just have to live in it”, said Muiris Walsh, with Michael ‘Babs’ Keating winning the Knocknagow award and Pete Savage chosen for the Jimmy Cooney Lifetime Achievement Award.

Known throughout the county as Petey, he said that he had truly given his lifetime to the GAA and his beloved Ardfinnan both on and off the field. The holder of five county senior football medals, he said he was a man who loves football and especially Tipperary football. “I have always admired Petey. Not just for the tremendous service he has given to sport and to his community, but despite all the changes that he has seen in the GAA, some  that he may not have supported, he has never compromised his beliefs for the sake of getting along with people who can only get along when they agree."

The chairman said that ‘Babs’ Keating was the best GAA dual player the county had ever produced. “His exploits in both codes of hurling and football are stuff of legends. Whether it was playing in the 1971 All- Ireland hurling final in his bare feet or punching a heavy wet football over the bar from 40 yards against Waterford, the tales are legendary and true.

“He has won seven of these sports awards. Six for football and one for hurling. Back in 1971 he won two in the same year. He also won the Sean Lyons Sports Executive award back in 1989.

“Babs’ dedication to his beloved Tipperary saw him coach the senior footballers, but of course it is when he answered the call of the senior hurlers  in the autumn of 1986 that his management career will be best remembered.

“Having being rejected by the county board 12 months previously,  Babs still answered the call and  took over a county where their senior hurlers were at their lowest ebb.   It was evident very quickly that unlike previous managers, this man did not see the history created by Tipperary as a burden but as a cherished history that should simply have more glorious chapters written.

“Babs still remains the only Tipperary manager since the great Paddy Leahy to win two All-Ireland's as a manager. In doing all of this he moved the annual obituary notice on Tipperary hurling to the re-birth column. Most of all he gave us our pride back”.
Muiris Walsh said that the Sports Panel had decided to name the Lifetime Achievement Award after Jimmy Cooney, who died in October 2017.

A member for over 40 years,  he said he was “a gentleman who emanated presence, substance, character and kindness.”
The chairman said it was wonderful to see  Jimmy’s longtime partner Mary at the function. He also thanked sponsors Bulmers, as well as the media and his fellow panel members.

MC and panel member Seamus McCarthy said “on this great sporting occasion we recognise the fact that sport makes us and shapes us but little can be achieved without vision. Vision ignites the fire of passion essential for sporting success and allows us to transform dreams of greatness into the reality of achievement. Tonight we celebrate vision, commitment and achievement”.

Welcoming the award winners, their families and friends and the guests, he said it was humbling to be “in the midst of greatness again tonight”.

He said that the sports stars had enthralled us with their performances. He acknowledged the fame they had brought to their communities, county and country.