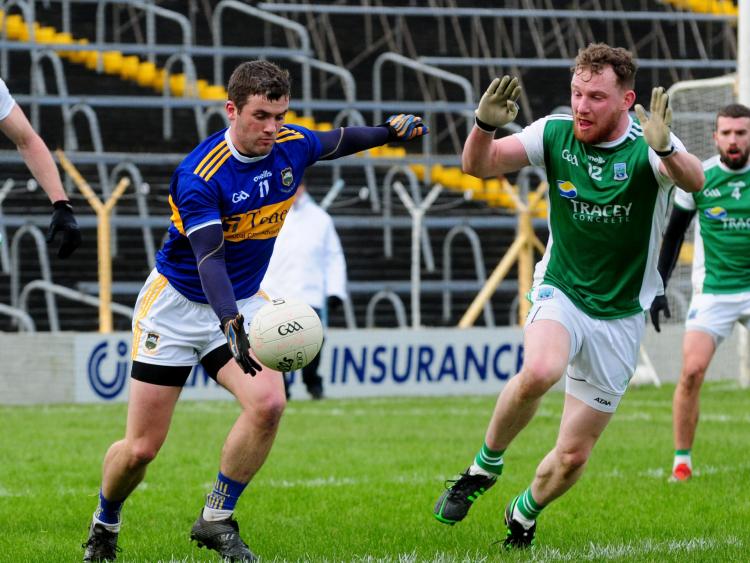 The Tipperary footballers will seek out their first competitive win of the season when the Premier County face Donegal at Semple Stadium, Thurles on Sunday, February 10 (throw-in 2pm). Liam Kearns' men lost on opening day against Meath and were left frustrated following a drawn affair with Fermanagh last weekend (2-5 apiece). And, it was disappointing to note that just 667 turned up to support Liam Kearns' men against Fermanagh in Thurles on Sunday - surely Tipperary fans can do better?

“We had enough chances there to win two games. I am very disappointed with the amount of chances we butchered in that game; by my count we butchered two goals and at least six or seven points. I will have to look at it later,” Liam Kearns said.

“We had enough chances to win, as I said, two matches, and we didn’t take them and we only have ourselves to blame,” the Kerry man added.

Meanwhile when looking forward to the challenge posed by Donegal Liam Kearns' revealed to Jeddy Walsh following the Fermanagh game that nine members of the Tipperary squad are out injured: “Donegal next Sunday (and) there are no easy games in this division; the games keep coming. It looks like we are down nine players injured at the moment. It looks like Evan Comerford is in big trouble now and it looks like he will be out for a while.

“Every game is tough and when you are down as many bodies as we are and as many important men as we are down it makes it very difficult and that’s the reality,” Liam Kearns said.

“Michael Quinlivan will be out for five to six weeks, Robbie Kiely won’t be back obviously. Bill Maher will be very lucky to make any of the league, Cian O’Connell will be lucky to make the league, then there’s Evan (Comerford) there now, there’s two more there now too, Paudie Feehan and Paul Maher are a bit closer to returning and Luke Boland is out for a long time. We have nine players out injured that’s the way it is and we are not going to be getting too many of them back. And, Josh Keane was picked to play today, but he was up sick and vomiting all last night so he could not play so that is another one that was missing,” concluded the Tipperary boss.