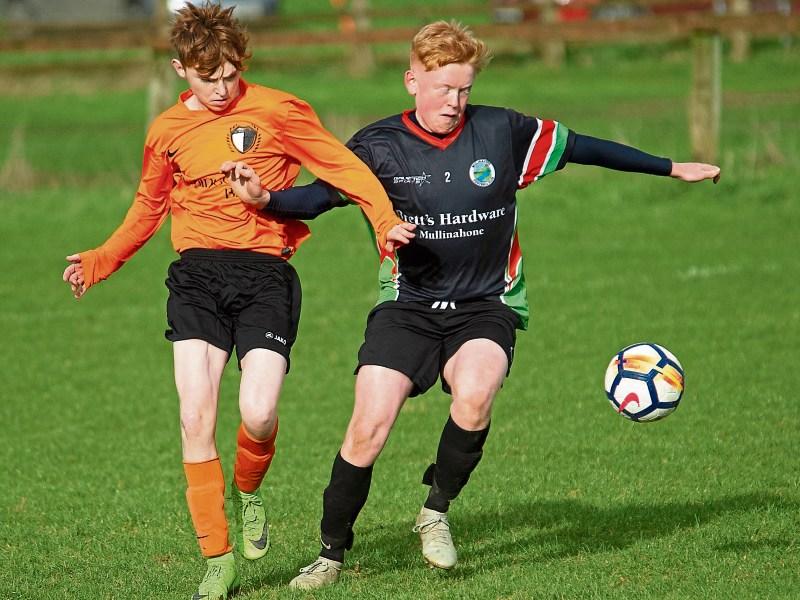 With the Youths First Division decided, attention turned at the weekend to the Second Division which is proving to be a very closely contested league with a number of teams still in the hunt for the title as it enters its final stretch.

Cullen Lattin started the weekend on the top of the table and were facing local rivals Tipperary Town who are closer to the bottom. But the vagaries of local derbies ensured that this wouldn’t be as smooth and outing for the Cullen Lattin players as form might suggest and at the end of the game the table toppers were lucky to come away with the three points courtesy of a win by the odd goal in seven in what was a thrilling contests from end to end.

In Kilsheelan the home side have faltered of late, and needed all three points to keep their title dreams on track against a Mullinahone side who would go beyond the hosts into second if the win went their way. And it did with the visitors securing the victory on a 2-1 scoreline, which puts paid to any titles hopes the home side may have harboured.

In the final game of the weekend, Clerihan welcomed bottom of the table Cashel Town to the village, and gave their town neighbours another spanking, coming out on top by 8-1, which ensures that they too stay in the hunt for this title right into the latter stages.