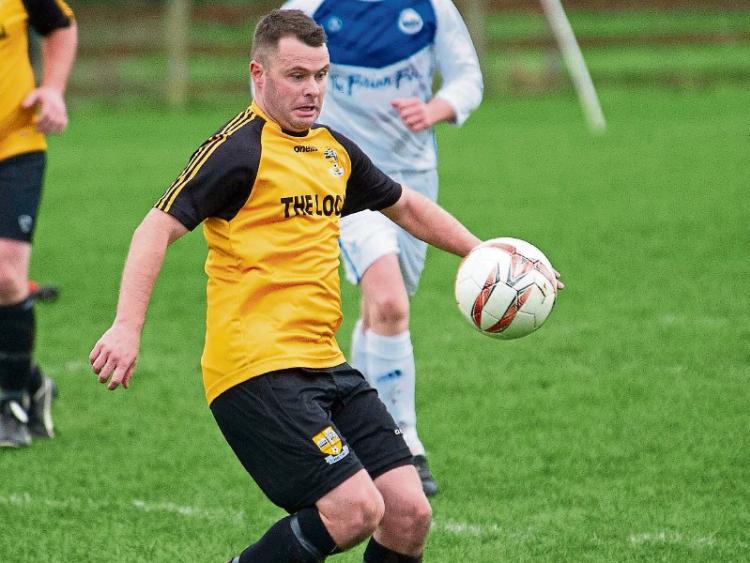 Ian Cleary who scored for Clonmel Town B team on Sunday morning against Kilmanahan United before scoring the winner for Town against Celtic in the Clonmel derby on Sunday afternoon.

There was only one game in the Premier League over the weekend but it happened to be the big Clonmel derby between Clonmel Celtic and Clonmel Town on the By-Pass, a game which has produced some classics over the years.

Unfortunately Sunday’s edition will not go down as one of the most memorable  with Town already  having an eye on their  upcoming FAI Cup quarter-final and Celtic steadying the ship after a poor start to the season.

That said it was still a tough battle, as would be expected, with neither side giving much away in a dour first half that produced very few chances and no goals.

The second half wasn’t much better in the early parts and it took until after the hour mark before the game opened up and produced a goal.

The game’s deciding goal came from the visitors with an excellent strike by the in-form  Ryan Lambe in the 63rd minute.

Celtic then pushed on and pinned Town back for the next quarter of an hour, finally levelling the game just over ten minutes from time when Eddie Doyle fired a free kick directly into the net.

And just when it  looked like the game would  finish level up popped   Ian Cleary  in the final minute of the game to give Clonmel Town the bragging rights, the win and all three points, and maybe a springboard for more cup success in weeks to come. Momentum is no bad thing.

Earlier on Sunday Ian Cleary had scored for Clonmel Town in the 3-2 away win against Kilmanahan United in Division 2. Some man for one man is the much travelled Ian Cleary, who has a distinction of having played Premier League soccer with three Clonmel Clubs, Town, Celtic and Old Bridge.