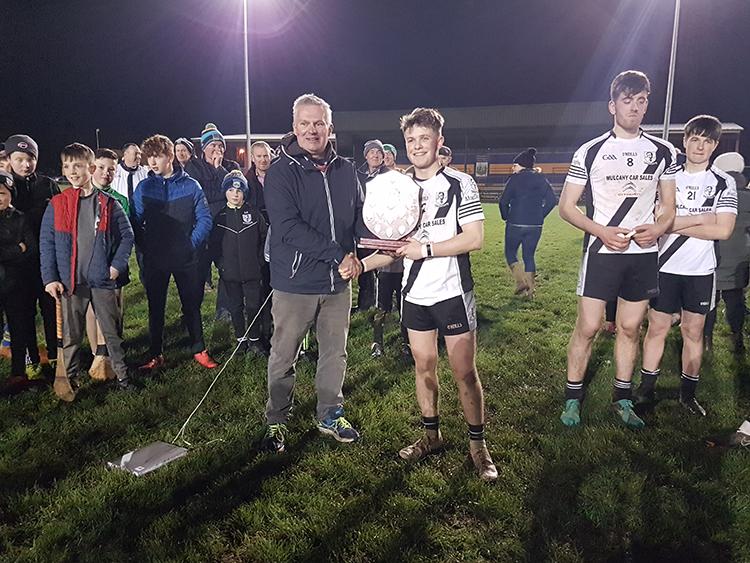 A highly-impressive Kilruane MacDonagh’s team eased their way to the North Tipperary under-21B football title at Puckane on Thursday night, but this decider was, unfortunately, conspicuous for the fact that Ballina opted to defy a Central Council ruling and fielded five under-17 players.

A controversial Central Council decision forced Tipperary County Board secretary Tim Floyd to issue an edict to Premier County clubs precluding under-17 players from playing hurling and football at the under-21 grade.

Following a meeting of Central Council on Saturday, February 23 a 16-year-old player, who will celebrate his birthday in 2019, cannot play for his club under-21 team; any player who wishes to represent their club at under-21 level must have celebrated his 17th birthday by January 1 of that year.

So, this “new interpretation” of an existing rule had an immediate impact on the North Tipperary under-21B football final on Thursday, February 28 since both Ballina (six players) and Kilruane (five players) had already used under-17 players during their divisional campaign.

In the final Kilruane did not use any under-17 players while Ballina defied the Central Council ruling and opted to use five.

For a more detailed report on this issue please click here.

COMPETITIVE FOR THE MOST PART

Although lop-sided on the scoreboard this final was competitive for the most part with Craig Morgan blasting four goals while Cian Darcy and Jake O’Kelly also shone brightly for the Kilruane men.

Meanwhile Eoghan Power gave an extraordinary display of defiance in the middle of the field for Ballina. Power was absolutely relentless in his efforts and is due great credit.

That said the MacDonagh’s proved themselves the far more accomplished outfit in this decider with the goal-scoring ability of Craig Morgan particularly noteworthy.

Morgan notched his first goal in the first minute and his second in the tenth. The corner-forward finished both off his left while his second three-pointer was especially eye-catching since the build-up featured a terrific delivery from Jake O’Kelly and a slick off-load from Cian Darcy at full-forward. Darcy added another point from play and following efforts from Ballina’s Conor Bourke and Jack O’Mahony Kilruane led 2-1 to 0-2.

Efforts from Mathew Spain and Cian Darcy (free) forced Kilruane six clear and although Corey Ryan responded with a point for Ballina the MacDonagh’s struck for a third goal in the 18th minute - this time Craig Morgan turned provider and set up Cian Darcy who planted a zinger in the top left hand corner.

Kilruane out-scored their opponents 0-5 to 0-1 during the remainder of the opening half and led by thirteen points at the break (3-8 to 0-4). Cian Darcy (three, one free), Luke Dervan and Mark O’Neill added to the Kilruane tally while Conor Bourke responded for Ballina.

Eoghan Power desperately tried to rouse his side immediately after the break when booting over two terrific points, but Kilruane always seemed reasonably comfortable and led by fourteen points entering the final quarter thanks to three Cian Darcy efforts (two frees). Unfortunately, by this juncture in the contest Ballina had been reduced to fourteen men - Jack O’Mahony was dismissed for a second bookable offence in the 44th minute.

The fourth Kilruane goal materialised in the 51st minute when Cian O’Kelly set up Morgan for another cracker. Kilruane conjured their fifth (and Morgan’s fourth) a minute later while in the 57th minute Lucas Morkam set up Mathew Spain for the sixth three-pointer.

Ballina, to their credit kept plugging away, and added late points (Corey Ryan and Conor Bourke) which gave their supporters something to shout about.