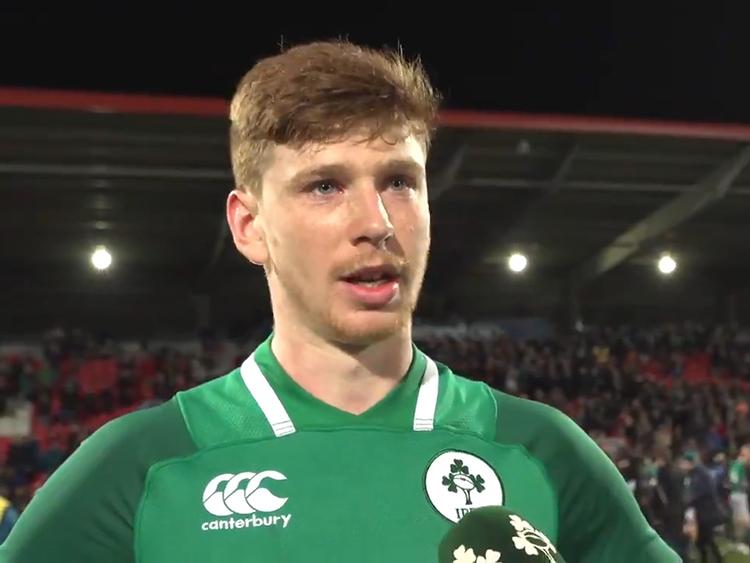 On Friday night at Musgrave Park, Cork the Ireland rugby team earned a 31-29 win over France to win the Under-20 Six Nations - next week the Irish side will hope to complete the Grand Slam when they face Wales in their final game. And, the side were steered to victory by Ben Healy from out-half.

In March 2018 at Musgrave Park Glenstal Abbey created rugby history when the Limerick outfit won the Munster Schools Cup first time thanks to an 18-17 victory over CBC Cork. And, the Glenstal Abbey team was captained by rising Tipperary star Ben Healy.

Out-half Ben Healy is from Rapla near Nenagh - Ben previously played for the Kilruane MacDonagh’s GAA club and, of course, also turned out in the colours of Nenagh Ormond.

We spoke to Ireland U20 Out-Half Ben Healy on the final whistle in Irish Independent Park, where Ireland held on to win 31-29 over France, and in doing so claimed the U20 Six Nations Championship title.#FutureIsGreen #ShoulderToShoulder #IREvFRA pic.twitter.com/Uc8SC5rjwk