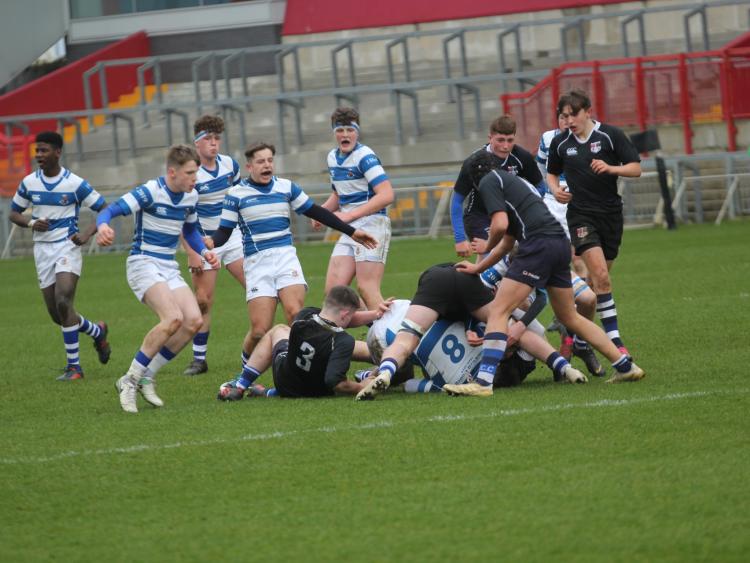 Rockwell College are through to the Munster Junior Schools Cup final for the first time in twenty-two years thanks to a narrow one-point semi-final win over Crescent College - Rockwell will face defending champions St Munchin's College in the decider.

Played at Thomond Park in Limerick on Wednesday, March 13 this was very much a game which was influenced by a swirling wind. This was to affect both sides, but did not detract from the highly entertaining game.

Rockwell went ahead through a Darius Achimugu try - Darius showed great acceleration to run on to a kick through and swept by attempted tacklers before touching down. This was duly converted by Rory Collins just two minutes into the match.

This score stung Crescent into action and they replied shortly afterwards when the Crescent full-back Conor O’Halloran slotted over a penalty from just over forty metres out. Crescent seized the initiative and capitalised on the pressure exerted by scoring two unconverted tries through Joe McMahon and Conal Henchy to lead 13-7 at half-time.

Rockwell responded in the 46th minute when Henry Buttimer went over in front of the posts to touch down and Rory Collins added the extras to give Rockwell a slender 14-13 lead.