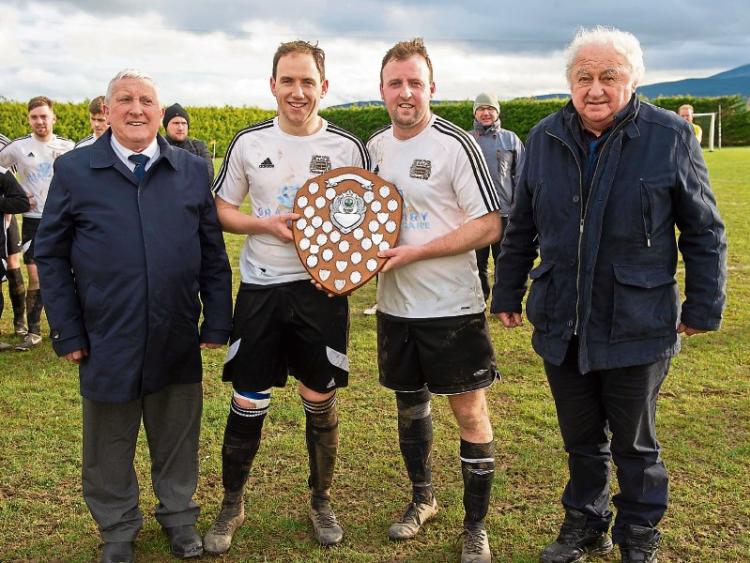 Division Three champions Cahir Park added the Third Division Shield title to their league win after overcoming Mullinahone on Saturday last to capture the clubs third piece of silverware for the season, with potentially one more title to win in the upcoming Peter O’Reilly Cup.

Saturday’s game was played in Mullinahone but it was the visitors that got off to the perfect start when they went a goal up in only the second minute after a corner into the area caued a lot of confusion and a Mullinahone defender inadvertently put the ball into his own net.

In fairness to the hosts they responded well afterwards and has a lot of possession and pressure but never really looked like breaking down the resolute defence of the Park. Just after the half hour mark the visitors added a second when an outstanding strike from the half way line by Paddy  O’Donnell flew beyond the keeper and into the top corner of the net. 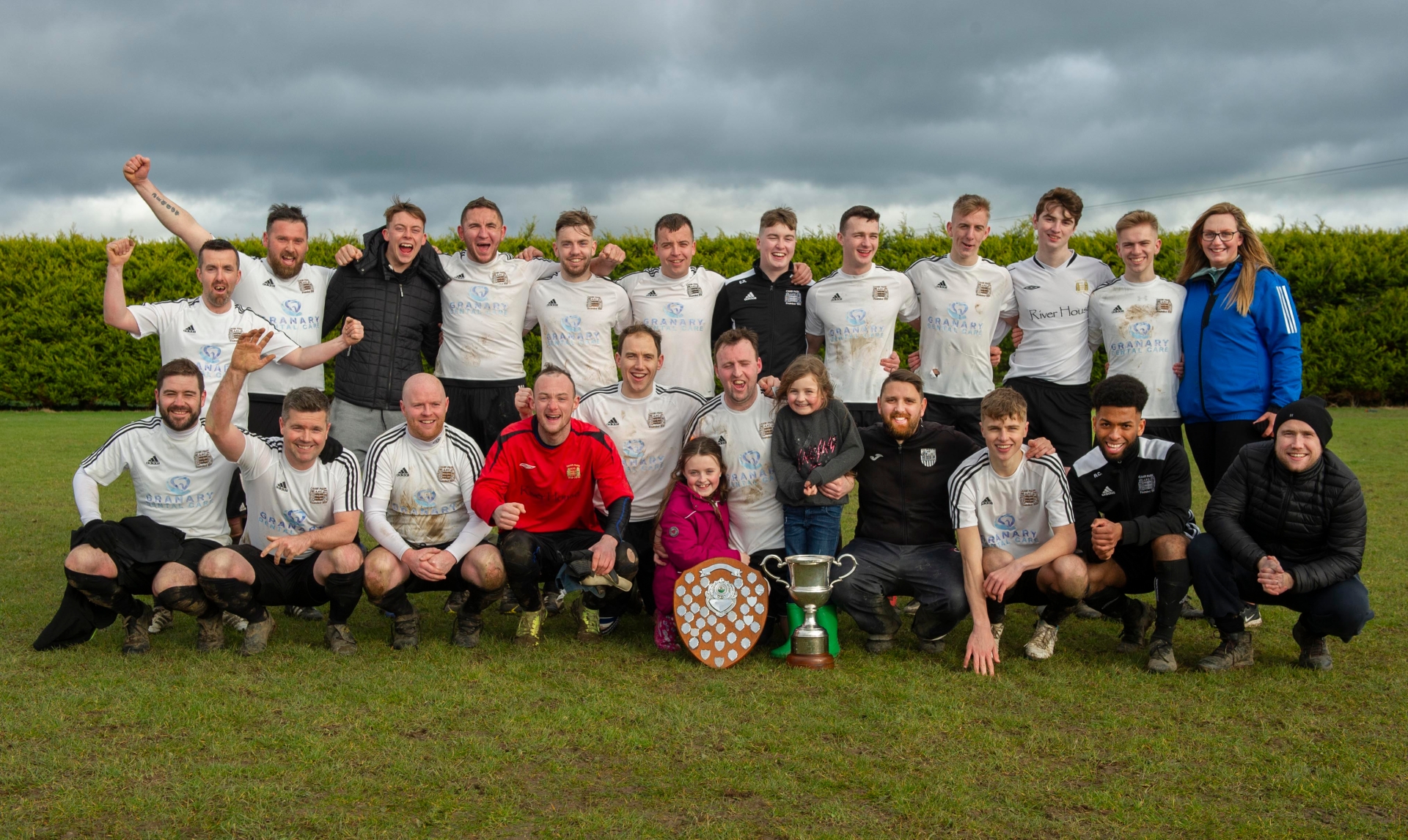 Cahir Park B team, celebrating after winning the TSDL Third Division Shield following their 2-0 win over Mullinahone in the final played in Mullinahone.

Mullinahone threw extra men forward throughout the second period as they tried to get back into the game but Cahir looked comfortable enough, and if anything probably had the best chance of the half to extend their lead but Alan O’Donoghue was called offside when it looked like he was about to fire past the home keeper.

At the end the Cahir Park side were victorious and celebrated with gusto after adding a second title to the clubs honour roll in a week.  Maybe more to come?