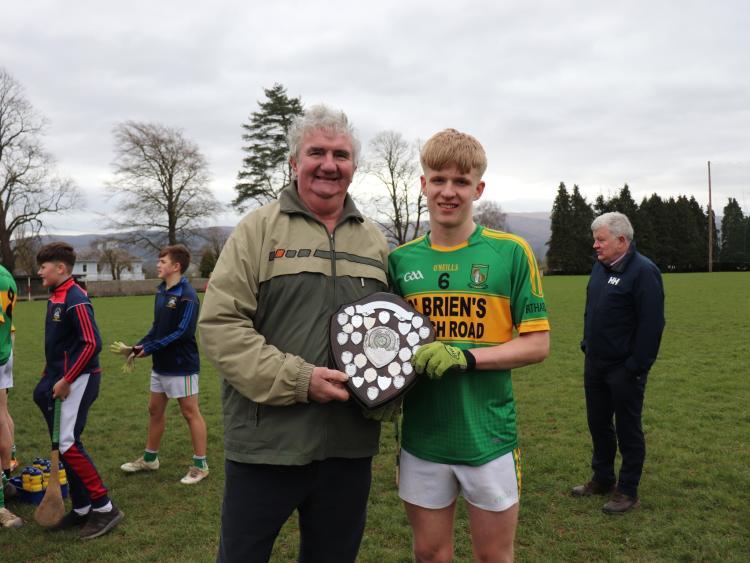 Aherlow Gaels claimed a first-ever Bridge House West Tipperary Minor B Football Championship title as they overcame the challenge of Cappawhite Gaels at Bansha on Sunday afternoon after extra-time.

Played in good and dry, but crisp conditions both teams served up an entertaining contest as the lead ebbed and flowed right until the end of extra-time.

Just a few weeks previous the sides had met in the group stages with Cappawhite Gaels coming out on top.

Ryan Renehan opened the scoring for Cappawhite Gaels in the third minute of the game with a point from play. Aherlow Gaels were struggling to create chances, but in the eight minute Kevin Quirke was fouled on his way through on goal and referee Richie O’Connor awarded a penalty. Up stepped Conor O’Dwyer to dispatch the spot kick to the net.

Scores were still slow to come by, but as the first quarter drew to an end Gearoid Ryan and Michael Elligott swapped points to keep two points between the sides. Aherlow Gaels were getting more of a grip of the game, but failed to add to the scoreboard.

Anthony Barry cut the deficit for Cappawhite Gaels, but again Michael Elligott responded. Anthony Barry had the last say of the half as he pointed from a free to leave just a point between the sides at the interval 1-2 to 0-4 in favour of Aherlow Gaels.

Aherlow Gaels hit the ground running at the start of the second half with Conor O’Dwyer and Ben Carey both adding points in the opening two minutes and, indeed, could have further increased their advantage in this period. Anthony Barry pointed from a place ball to cut the deficit to two points before Ryan Renehan finished off a well-worked Cappawhite Gaels move to the net to see his side lead for the first time since the opening few minutes of the game.

Ryan Renehan quickly increased Cappawhite Gaels' advantage when he kicked another point two minutes into the final quarter. Cappawhite Gaels looked to be in control, but, yet again, the game turned. Three points in seven minutes from Michael Elligott (free) and two from Tony O’Neill both from play saw Aherlow Gaels back in the ascendancy.

Seamus Burns levelled at the other end only for Tony O’Neill to respond in kind for Aherlow Gaels. Aherlow Gaels looked to be holding on for a one-point win, but deep in injury time Cappawhite Gaels were awarded a free which Anthony Barry duly pointed to tie up the game and send it to extra-time (1-8 apiece). 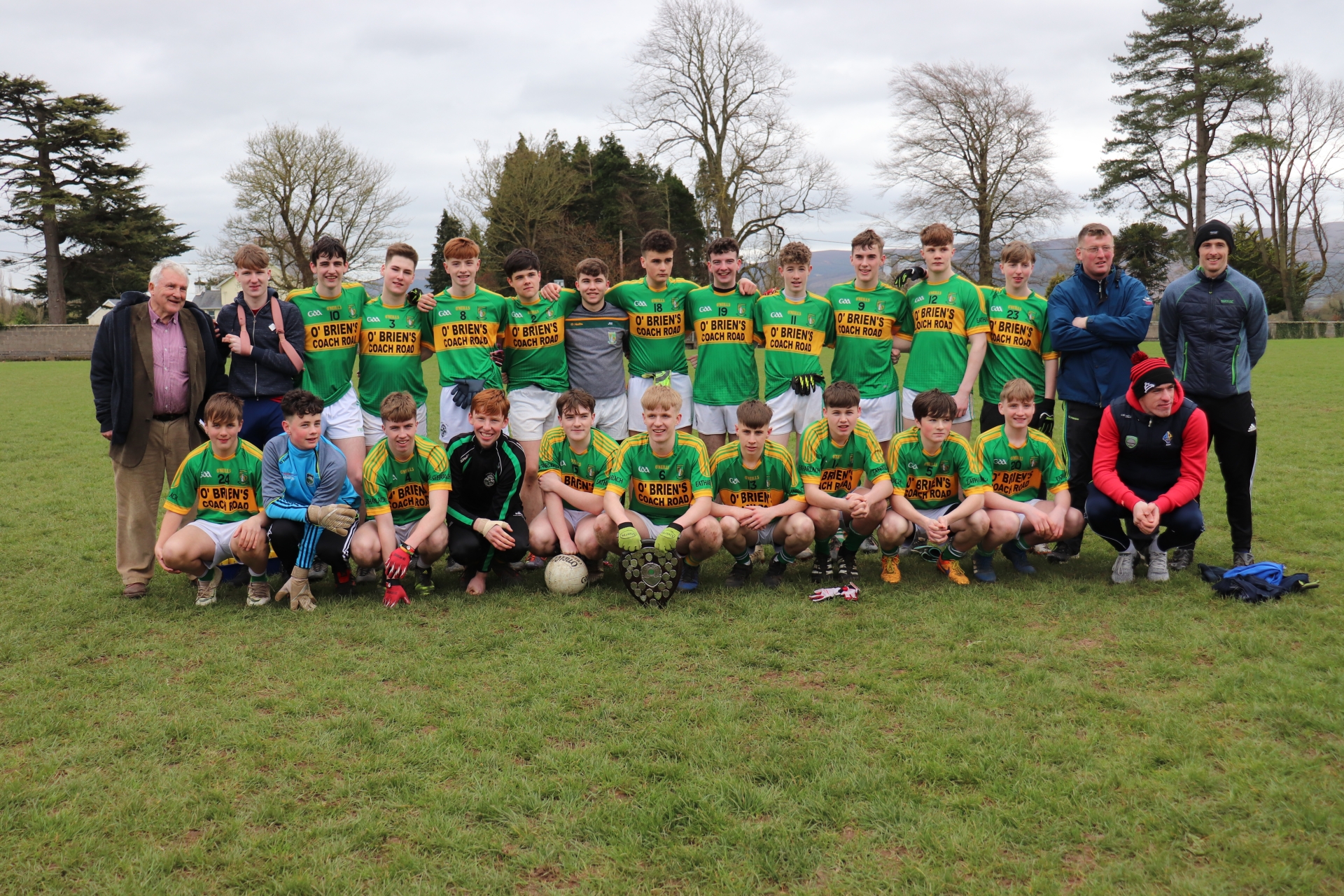 The first period of extra-time saw little between the sides. Tony O’Neill edged Aherlow Gaels ahead, but Ryan Renehan cancelled this out at the other end. Conor O’Dwyer and Dara McCarty swapped points, but Tony O’Neill, who was now having a real influence on the game, pointed with three minutes of the half remaining to see Aherlow Gaels hold a slender one-point lead at the end of the first half of extra-time (1-11 to 1-10).

Scores were limited to just one point in the second half of extra-time - that coming from the boot of Tony O’Neill in the sixth minute. Aherlow Gaels had more chances in this period, but failed to add to their tally. The game remained in the melting pot right until the end with Cappawhite Gaels trying to work a goal chance, but it didn’t materialise and Aherlow Gaels held on for a first title in the grade.

Best for Aherlow Gaels were Cody Cunningham and captain Tadgh Carew who had a big influence on proceedings. Diarmuid Looby was always prominent in attack while in the forwards Tony O’Neill finished with six points (five from play). Conor O’Dwyer and Michael Elligott were always a threat in possession.