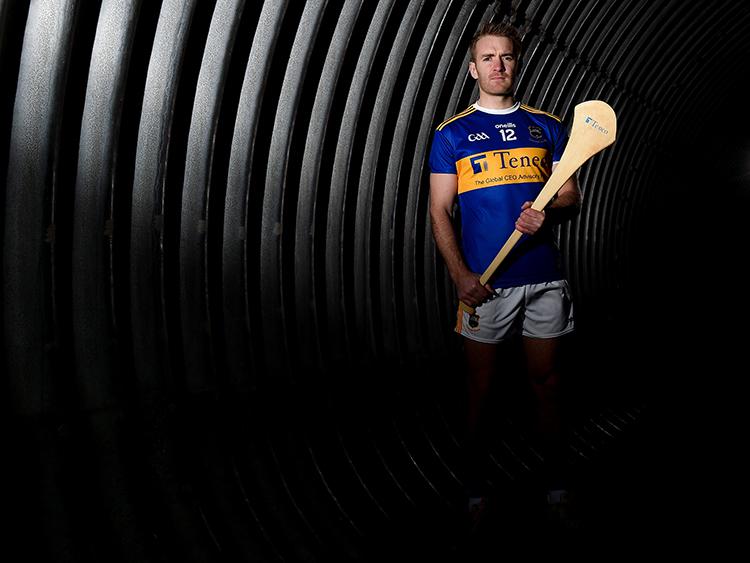 Marked Man: How Holycross-Ballycahill work to contain the threat posed by Loughmore-Castleiney star Noel McGrath will have a big impact on Saturday's club contest.

The winner of this preliminary round meeting will take on Moycarkey-Borris in the last eight. The remaining quarter-final draw reads as follows: Thurles Sarsfields A v Upperchurch-Drombane, Clonakenny v Drom & Inch and JK Bracken's v Thurles Sarsfields B.

On Sunday, March 31 the defending county champions will get the defence of their divisional crown underway when Clonoulty-Rossmore face Cashel King Cormacs in the Tipperary Co-Op West Tipperary Senior Hurling Championship at Dundrum (3pm). Éire Óg Annacarty will also feature in the round robin which will work to determine the West champions this season (the top two teams progress to the final).

Also on Sunday, March 31 Monroe (3pm) will host the meeting of Ballingarry and St Mary's Clonmel in the quarter-finals of the South Tipperary Senior Hurling Championship. The winner of that clash will face Mullinahone in the semi-finals while on the opposite side of the draw Carrick Swans take on Killenaule.

Down South on Sunday, March 31 Ballybacon-Grange are scheduled to play Kilsheelan-Kilcash in the semi-finals of the Martins Fruit & Veg South Tipperary Intermediate Hurling Championship at the Clonmel Sportsfield (3pm).

The Tipperary County Competitions Control Committee confirmed on Monday evening, March 25 the details for the opening round of the county senior hurling championship, Séamus Ó Riain Cup and the county intermediate hurling championship. In one particularly eye-catching fixture on Sunday, April 7 Clonoulty-Rossmore will launch their title defence against 2017 finalists Borris-Ileigh at Holycross (throw-in 2pm). Please click here for the details of each game.

Following a busy nine weeks - during which Semple Stadium hosted eleven games - the Thurles venue has been closed to ensure that the famous sod will be ready to host Tipperary's Munster Senior Football Championship clash with Limerick on Saturday, May 11; the hurlers will host Waterford on Sunday, May 19.

As a consequence the up-coming Munster Minor Football Championship clashes with Waterford (April 10) and Limerick (April 24) will not take place at Semple Stadium. It is understood that those contests will now take place at Seán Treacy Park in Tipperary Town.