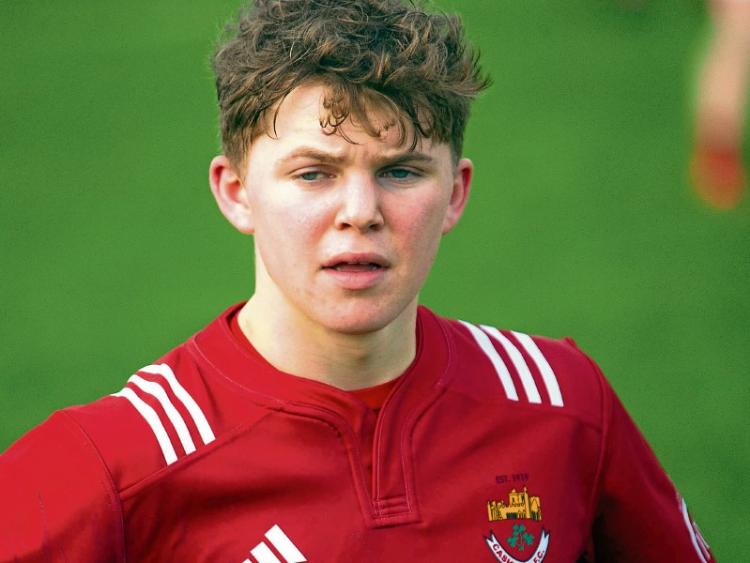 Cashel supporters gathered again on Sunday at Spafield to cheer on the Junior Cup team in the Munster Junior Cup Quarter Final against a fancied UCC team.

It turned out to be a game of two halves as a strong wind blew down the field. Cashel had the advantage in the first half and made full use of it to turn at the break ahead 27 points to 5. Cashel had the stronger pack and made full use of it early on to power over for a try which was credited to Aidan O'Connor. Five minutes later they pushed UCC off their own ball in the scrum. It was swept to the backs and when full back Josh Pickering raced on to the ball there was no stopping him as he scored under the posts. Ryan O'Donnell converted.

Four minutes later Kevin O’Connor sent a huge clearance down the field, prop Ivan Miljak chased after the ball and forced the UCC defender into touch. From the lineout the ball came to John Ed O’Connor who headed for the line. He was fouled and Ryan O’Donnell kicked the penalty. There was always the fear that the UCC backs could be dangerous if they got enough possession.

On 25 minutes they proved the point when they swept upfield from well inside their own half to score a try. Cashel recovered quickly and kicked a penalty to the corner, from which they won another scrum. They continued their domination in this area and when outhalf Ryan O'Donnell got possession he saw a narrow gap and raced under the posts for a try which he also converted. Cashel scored a fourth try, by Aidan Butler, from a lineout maul to leave the half time score Cashel 27 UCC 5.

Cashel were under the pump for most of the second half as UCC began to get the upper hand and use the strong wind in their favour. On fifty two minutes they ran a penalty from half way and showed a good turn of pace to score a converted try. Three minutes later they were in again when a beautiful crossfield kick was caught by their winger who scored in the corner.

At 27-17 and 25 minutes to go it was worrying times for Cashel. Gradually they got back into the game The pack, a good number who played on Saturday, clawed their way back into the game. Ivan Miljak, Michael Kelly, who is ever-present and back from injury and Cormac O'Donnell were powerful in the front row, Brendan Crosse and Richard Moran worked hard in the second row and dominated the lineout.

The back row of Tommy Anglim, captain Kieran Gleeson and Aidan Butler worked tirelessly all day. Half backs Kevin O'Connor and Ryan O'Donnell controlled the game. John Ed O’Connor and Paudie Leamy were very solid in defence. Wingers Aidan O'Connor and Paul Perrin covered the field, with Perrin putting in a number of good tackles and Aidan O'Connor took his try well when given the opportunity. Josh Pickering played his first match in a number of months and is back to full fitness after injury. A versatile player playing at full back, he took his try well. UCC played their part in a most entertaining game.

Cashel will play Highfield in the semi final on a date to be decided. It is a wonderful achievement to reach a semi final in the Munster Junior Cup, which is one of the most difficult competitions in Munster Rugby to win.

The other three semi finalists are Clonmel, Cork Con and Highfield.

What are the odds now on an all-Tipperary final?