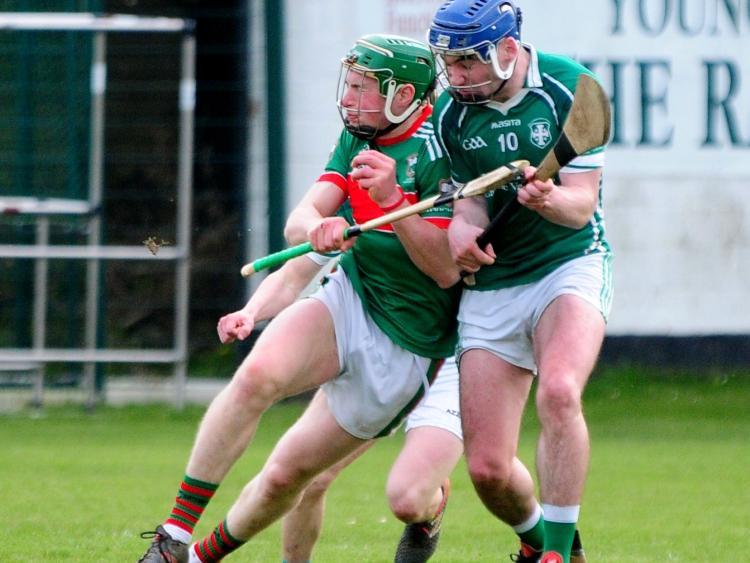 Fourteen clubs will battle it out for the Séamus Ó Riain Cup - four groups. And, Holycross-Ballycahill find themselves in group two alongside Silvermines and Newport. The Mid men will not be in action this weekend, but will watch with real interest as North Tipperary rivals Newport and Silvermines battle it out at Nenagh on Saturday, April 6 (6pm).

Club legend Declan Corcoran - who captained Tipp to an intermediate All-Ireland hurling title in 2000 - has taken over as Silvermines manager and although Corcoran will be expected to extract a big performance from the 'Mines Newport will be favoured to edge this contest under manager Tom Moylan and coach John Madden (Lorrha-Dorrha).

Irrespective of that result, however, Holycross-Ballycahill appear well-positioned to top the group and make a big impact on the knock-out phase of the competition.

This season Fethard's Michael Ryan - who managed Tipperary to successive All-Ireland intermediate hurling titles in 2012 and 2013 - is working with the Holycross lads alongside team manager Brendan Ryan.

Templederry Kenyons will launch their campaign against Carrick Swans at Holycross on Sunday, April 7 (3.30pm) while at 2pm in Nenagh Thurles Sarsfields will take on Lorrha- Dorrha.

Templederry will be the fancy in this contest, but Carrick Swans will be no pushover at this grade and the Kenyons will have to be on their guard.

Barney Loughnane is at the helm with Lorrha and while a side featuring Patrick Maher will be expected to get the better of the Blues this weekend watch out for this Thurles Sarsfields team - a side coached by Garry Mernagh will not be content to just make up the numbers.

So, if you are looking for a surprise result this weekend you might just happen upon it in Nenagh.

Group three features just three teams and on Sunday, April 7 Ballina will take on Mullinahone at The Ragg (6pm) while Ballingarry wait in the wings. Mullinahone are the big name in this group, but watch out for Ballina.

Brendan McKeogh is a highly-accomplished coach and has returned to the helm in Ballina. The man who guided Ballina to county intermediate honours in 2013 will be determined that his side reach the knock-out stage of the competition at the very least.

Meanwhile Nigel Cleere is the manager of the Ballingarry senior hurling team this season.

Two games will take place on Saturday, April 6 in group four. Littleton will host the meeting of JK Bracken’s and St Mary's Clonmel (4.30pm) while at 6pm in Boherlahan Clonakenny and Cashel King Cormacs will collide.

Thurles Sarsfields' John Lillis is manager of the St Mary's Clonmel side while successful under-21 manager Paudie Bourke has been appointed as the JK Bracken's senior hurling supremo.

The clash between JK Bracken's and St Mary's is significant for both clubs with JK Bracken's fancied to edge it.

Meanwhile Clonakenny will really have to be on their guard against Cashel King Cormacs.

Birr's Paul Murphy has been appointed manager in Clonakenny and can't take anything for granted against a Cashel side managed by Ronan O'Donoghue.