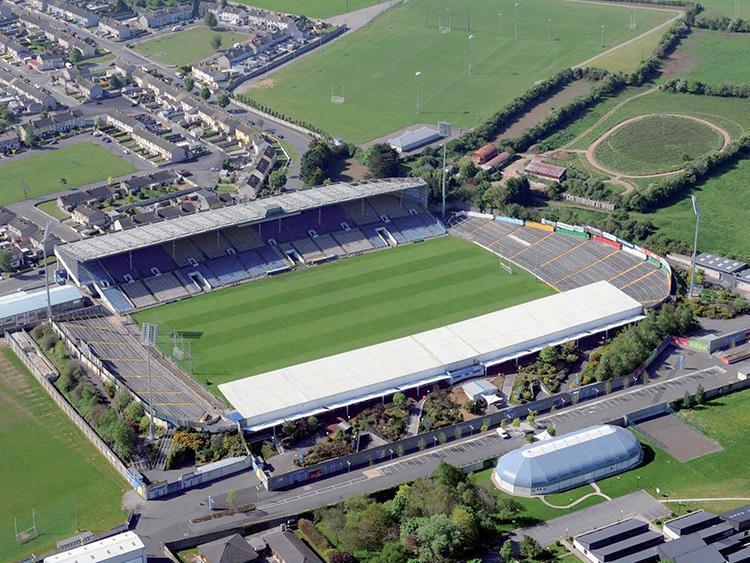 The Tipperary GAA Clubs Draw has contributed handsomely to the development of Semple Stadium, Thurles since it was first initiated in 1988.

On Thursday, April 4 at the meeting of the County Board in the Sarsfields Centre, Thurles the 2019-20 Tipperary GAA Clubs Draw was launched. During the event conducted by secretary Tim Floyd the County Board chairman John Devane described the success of the initiative as “phenomenal”. The Boherlahan-Dualla man, however, also insisted that the draw, which has raised €50 million since 1988, should never be “taken for granted”.

“It needs work,” John Devane revealed before challenging the clubs of Tipperary to work hard to increase subscriptions to the draw while he also encouraged all supporters of the blue and gold to join the fundraising scheme.

The Tipperary GAA Clubs Draw has contributed handsomely to the success of Tipperary GAA since 1988 - the initiative is now in its 32nd year of existence and has raised €50 million in total. Funds from the draw have been funnelled toward projects like the development of Semple Stadium, Lár na Páirce and Dr Morris Park while €3 million has also been aimed at coaching and games. In total €17 million has been dispersed in prizes.

Please note that €25 million of the money raised has gone straight to the clubs of Tipperary. And, this aspect to the draw was something that County Board chairman John Devane was eager to highlight.

“The key part to note is that €25 million has been raised by the clubs through the draw since it started,” the Boherlahan-Dualla man said.

The structure of the Tipperary GAA Clubs Draw essentially means that by taking out a subscription to the fundraising scheme you support your club and the County Board as well as featuring in a monthly draw for a whole series of sensational prizes.

And, in an exciting development - apart from the annual commission bonuses paid to clubs for reaching two and three hundred members - clubs will also receive twenty free Munster championship stand tickets for a home game in June 2019 if their draw membership increases by a minimum of twenty.

At the April meeting of the County Board Mark McLoughlin (Roscrea) was elected as a club representative on the County Management Committee - Dick Egan (Mullinahone) was also nominated for the role, but Mr Egan withdrew from the election process.

Speaking following his appointment Mark McLoughlin revealed that he was “delighted and honoured” to join the County Management Committee.

“I will do anything that I can to advance the cause of Tipperary,” Mark McLoughlin told delegates while County Board chairman John Devane described Mr McLoughlin as a “very competent individual”.

“We look forward to working with you,” John Devane added before Mr McLoughlin’s appointment was greeted with a round of applause.

County Board chairman John Devane indicated at the April meeting of the County Board that it may become “compulsory” for each club to appoint referees.

Vice-chairman Joe Kennedy revealed that both the Roscrea and Toomevara clubs had forwarded letters of complaint to the County Competitions Control Committee (CCC) following a recent County Hurling League clash between the sides - the game featured a referee and just two umpires.

Joe Kennedy, who is also the chairman of the CCC, indicated that he was “disappointed” to receive the letters of complaint considering the “crisis with referees”. Mr Kennedy explained that just three candidates had been put forward to participate in a recent refereeing course and in light of those circumstances the Moyne-Templetuohy man revealed that he was “disappointing that we should get that kind of letter”.

County Board chairman John Devane explained that “numbers are getting a little bit scarce” before insisting that “we need more referees” while he also revealed that “there are clubs here who have no refs”.

“It might come to a stage when it is compulsory (on a club) to have a referee,” the Boherlahan-Dualla man said.

Central Council representative Michael Bourke (Upperchurch-Drombane) asked delegates at the April meeting of the County Board that clubs erect a small sign on club buildings which features the Eircode for the grounds - such an undertaking would prove extremely helpful to the emergency services in the event of an accident taking place.