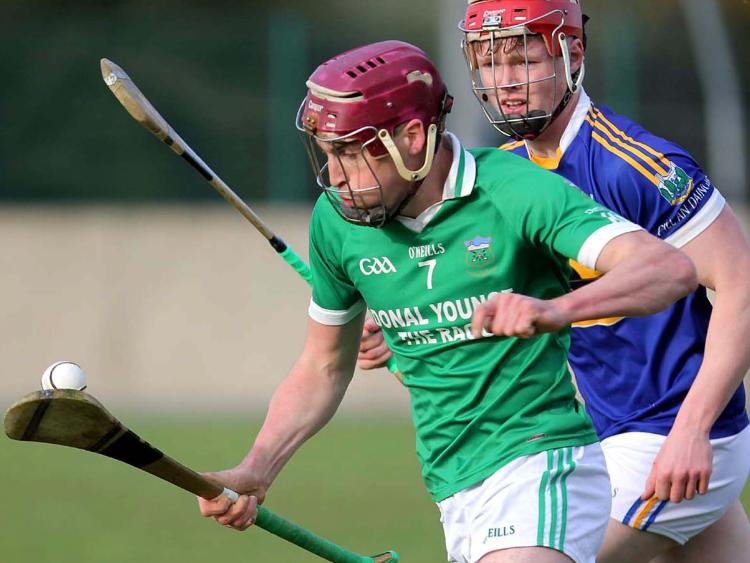 Kiladangan's second half performance was in direct contrast to that of the first when Kiladangan appeared to be struggling against a more direct Drom & Inch side which turned a two-point deficit (0-5 to 0-3) after ten minutes into a three-point lead on eighteen minutes after Johnny Ryan, Aidan O’Meara and David Butler - with a brilliantly-executed sideline ball - and Seamus Callanan scored. Indeed, Callanan’s shot seemed goal-bound, but for a deflection by Fergal Hayes.

During that period Drom & Inch held Kiladangan scoreless for fifteen minutes as the Drom & Inch defence, led by centre-back David Collins, were well on top. However, it all that changed close to half-time when two Willie Connors frees helped cut the gap to one (0-8 to 0-7) before Joe Gallagher levelled in the 29th minute.

Tadgh Gallagher gave Kiladangan the lead a minute later before David Butler levelled on the half hour thanks to the assistance of a quick sideline ball from Johnny Ryan.

Then deep into added time Joe Gallagher was at the end of a three-man move involving Paul Flynn and Andy Loughnane before the former goaled to put Kiladangan 1-9 to 0-9 in front at the break.

When the sides returned in the second half a Tadgh Gallagher point after twenty-five seconds had increased the lead to four. Thirty seconds later it was goal number two when Billy Seymour tapped the ball over the line after good work first by Paul Flynn which was later carried on by Joe and Tadgh Gallagher.

Eighteen-year-old Sean Hayes increased the lead to seven after a great score from the left touchline and Paul Flynn made it 2-12 to 0-9 bang on thirty-four minutes.

However, Drom were far from finished. Johnny Ryan scored from long-range and Seamus Callanan added a free before Tommy Nolan scored from an acute angle. The trend continued as Callanan scored from another free and David Butler from play and that left Drom four in arrears with fifteen minutes remaining.

With Willie Connors well in command at midfield he linked up with Tadgh Gallagher for the latter to score before Sean Hayes doubled his tally. Meanwhile Johnny Ryan hit back with his fourth point and Callanan pointed a close range free. Ruairi Gleeson then responded before Tommy Nolan and Podge Campion left the Mid men three in arrears with nine remaining.