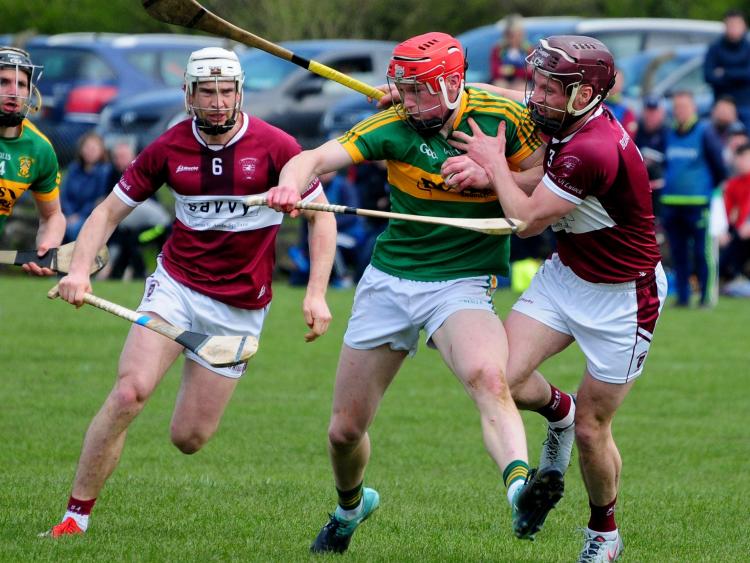 Champions Clonoulty-Rossmore faltered at the first hurdle in their defence of their county senior hurling crown at Holycross on Sunday when they were caught by a last quarter surge from a Borris-Ileigh side which looked to be sliding to defeat.

In this contest the initiative switched from team to team in delightfully entertaining fashion, but Borris-Ileigh came good when it mattered most and deserved their win.

Clonoulty-Rossmore, however, were short five potential starters including inter-county panellist Conor Hammersley as well as Tom Butler, Sean O'Connor, James Hammersley and Ronan Heffernan and while they will be disappointed to get off on the wrong foot Clonoulty still have everything to play for and will be hoping to be back at full strength when the next round is played (probably next August).

This attractive pairing of sides with genuine title-winning aspirations attracted a fine gathering to Holycross and they were not disappointed with the fare as Borris-Ileigh hit the ground running to register 1-5 without reply inside nine minutes. Niall Kenny got the goal in the seventh minute as Clonoulty-Rossmore struggled to get a foothold in the game.

A brace of Cathal Bourke points after a pointed free by Timmy Hammersley got Clonoulty going, but they were still 0-4 to 1-10 adrift approaching half-time when Cathal Bourke belted a twenty-meter free to the net after Fiachra O Keeffe was fouled. It was a break Clonoulty badly needed and though Brendan Maher had the last score of the half for Borris-Ileigh (who were 1-11 to 1-4 ahead at the interval) the importance of that goal to Clonoulty cannot be over-stated.

With the fresh breeze to aid them in the second half Clonoulty needed to start well and they did. In ten minutes they shot eight unanswered points to go 1-12 to 1-11 ahead. Timmy Hammersley hit four (three frees), Cathal Bourke (two) and Dillon Quirke (two) and now everything was pointing to a Clonoulty win as the Borris-Ileigh challenge was non-existent during that time.

Between the 40th and 50th minute, however, that changed as Brendan Maher and Dan McCormack began to have a major influence - Borris-Ileigh reclaimed the initiative with points from Brendan Maher (two), Conor Kenny, James Devaney and Jerry Kelly nudging them four clear (1-17 to 1-13) with ten minutes to go.

Clonoulty’s cause was not helped by an injury which forced full-back Ciaran Quirke off but then Borris-Ileigh lost Paddy Stapleton to a straight red card following an off-the-ball incident. Dillon Quirke and Kevin Maher swapped points after Borris-Ileigh missed two good free chances to extend their advantage, but Timmy Hammersley pointed a Clonoulty free to leave only two in it as the game moved into added time.

Clonoulty-Rossmore needed a goal, but Borris-Ileigh held tough and Dan McCormack set the seal on their win with a 64th minute point.

Although there is a lot of hurling yet to be played this win puts Borris-Ileigh in a strong position in their group which also includes Moycarkey-Borris and Toomevara. They will be concerned by their third quarter slump, but heartened by the recovery and also by the bright start they made to the game. Dan McCormack and Brendan Maher were key men for them showing their leadership when it was most needed. Shane McCormack, Jerry Kelly and Conor Kenny late on, also made significant contributions.

Clonoulty-Rossmore hurled well enough and really lost this game in the opening minutes which left them with a lot of work to do. Timmy Hammersley’s free-taking was as crucial as ever to their cause while Cathal Bourke had a splendid game ably abetted by Jimmy Ryan, Michael Ryan, Fiachra O'Keeffe and Dillon Quirke. They may have lost a battle, but the war is far from over.