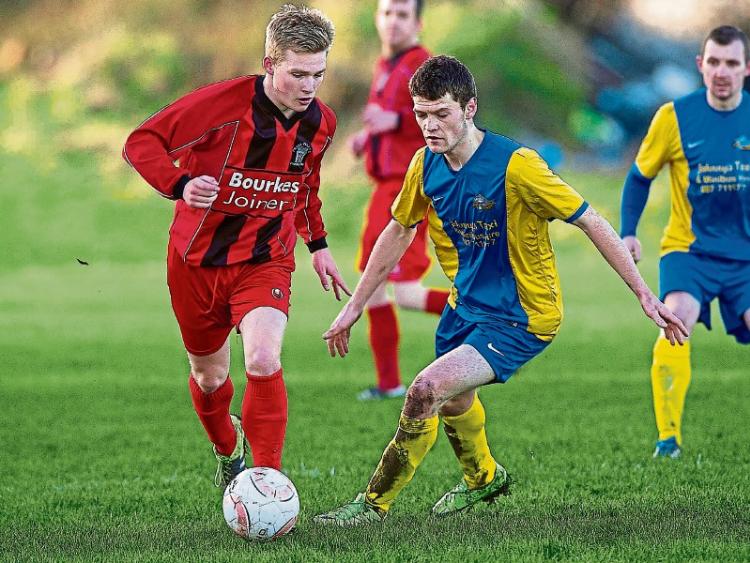 Maris Baltins was among the scorers for Peake Villa in their 4-2 in Clonmel against Celtic on Friday night last.

Clonmel Celtic’s season ended as it started with a disappointing home defeat on Friday night last in Clonmel, against a Peake Villa side who looked briefly like they may challenge for honours themselves this year, but eventually watched their own season fizzle out.

Both sides agreed to play the game Friday evening and the encounter had an end of season feel about it. Celtic still seemed to be getting used to the idea of Friday night football when they found themselves two goal down with youth player Kevin Patan striking twice for the visitors.

Villa had the better of the first half with their lively front runners causing Celtic plenty of problems and another defensive error by Celtic more or less wrapped the game up for the visitors with Keith Cahill arriving at the back post to fire Villa into a three goal interval lead.

The hosts pulled one back five minutes into the second half with a smart finish by Paul Kennedy, however the respite was brief with yet another error allowing Maris Baltins restore Villa's three goal lead minutes later.

The goals kept arriving with the Villa keeper allowing a Cian O'Sullivan effort slip through his hands to give Celtic hope again. However he redeemed himself five minutes later with a save of the season contender denying Paul Kennedy with an excellent reflex save.

Indeed Kennedy could have had a second half hat trick as he saw another effort strike the inside of the post as Celtic kept plugging away.

Such was the topsy turvy nature of this game it could have just as easily finished two goals to six, or four all, but it was the Thurles side that emerged victorious on a four goal to two scoreline, putting an end to their recent dip in form and ensuring Celtic finished in their lowest Premier League position in a decade.