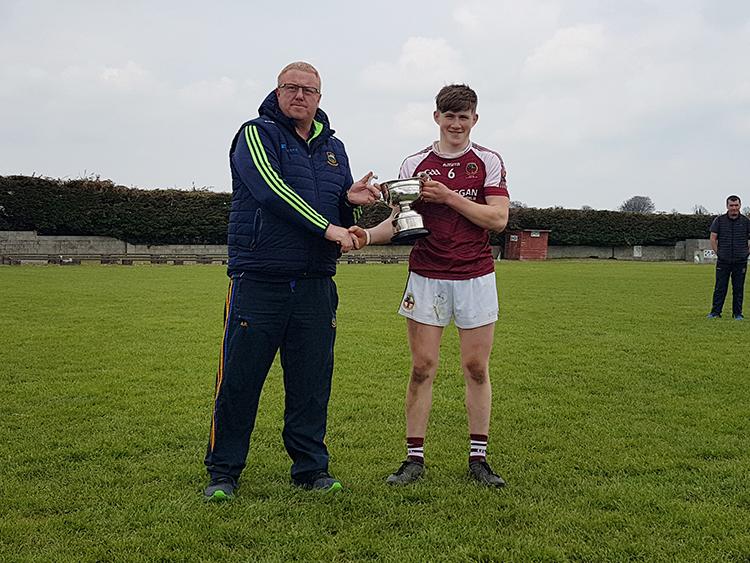 Our Lady’s Templemore were crowned Tipperary under-17A post-primary schools hurling champions at The Ragg on Thursday afternoon following a thrilling encounter with Nenagh CBS. Although Our Lady’s were good value for the win the Nenagh CBS lads stuck with them for long stages of this contest.

Our Lady’s surged four clear before Nenagh CBS recovered - thanks in no small part to a Shane Gleeson goal - and led 1-7 to 0-8 by the 21st minute. Templemore, however, out-scored their opponents by seven points during the remainder of the half and led by five at the break (0-16 to 1-8). Nenagh rallied well and closed the gap to two (0-19 to 1-14) inside the final quarter and although Shane Gleeson buried a second goal Our Lady’s Templemore appeared reasonably comfortable during the concluding stages of this entertaining contest.

Our Lady’s Templemore caused Nenagh CBS a distinct headache right from the off when centre-forward Kenny Ryan dropped deep and helped himself to three points from play inside the opening sixteen minutes. Eddie Ryan also notched a point from play and when Ciarán McCormack added a couple of placed balls to another contribution from Darragh Doyle Our Lady’s led 0-7 to 0-3.

Eoin Grace, Sam Madden and Conor McKelvey had pointed for Nenagh, but the CBS team needed to adjust and did so when Aodhán Ryan picked up Kenny Ryan. The tactical switch yielded a dividend when Nenagh fired 1-4 between the 16th and 21st minutes (1-7 to 0-8). Michael Ryan, Shane Gleeson (two frees) and Sam Madden (free) accounted for the points while Shane Gleeson buried the goal off his left in the 20th minute.

Nenagh’s adjustment in the middle third, however, left CBS a man short on breaking ball during the concluding eleven minutes of the second half and Templemore smartly took advantage with John Campion (two) and Eddie Ryan landing long-range points while Ciarán McCormack drilled over five placed balls.

A Conor McKelvey point got Nenagh CBS off to an encouraging start in the second half, but Our Lady’s responded with the score of the game in the 33rd minute: John Campion emerged from the Templemore half of the field, shook off two tackles and fed Darragh Doyle who fired over a terrific point. Perhaps the Nenagh CBS lads would have better advised to try to stand Campion up rather than perform the bone-crunching shoulder which the centre-back adsorbed at his ease.

Undeterred Nenagh CBS rallied with four consecutive points which arrived courtesy of David Grace, Sam Madden (free) and Shane Gleeson (two). Gleeson’s brace was particularly noteworthy in terms of their quality and now Nenagh CBS had closed the gap to two (0-18 to 1-13) with twenty minutes to play.

The sides traded notable goal-scoring opportunities before the contest entered the final quarter when Nenagh ‘keeper Cathal Greene did well to save an effort from Kenny Ryan while Templemore full-back Henry Fogarty bravely blocked an Eoin Grace shot.

With ten minutes to play and two between them (0-19 to 1-14) this final was up for grabs and Our Lady’s seized the initiative with points from Eddie Ryan (his fourth from play) and Ciarán McCormack (free).

With six between them entering second half injury time Nenagh CBS required a miracle. Shane Gleeson buried a 21-yard free in the 61st minute, but Nenagh CBS struggled to create another goal-scoring opportunity before Ciarán McCormack converted an awkward free to seal an impressive win for Our Lady’s.

A delighted Our Lady’s Templemore panel of players pictured after they beat Nenagh CBS in the Fitzgerald Cup final played at The Ragg on Thursday afternoon.