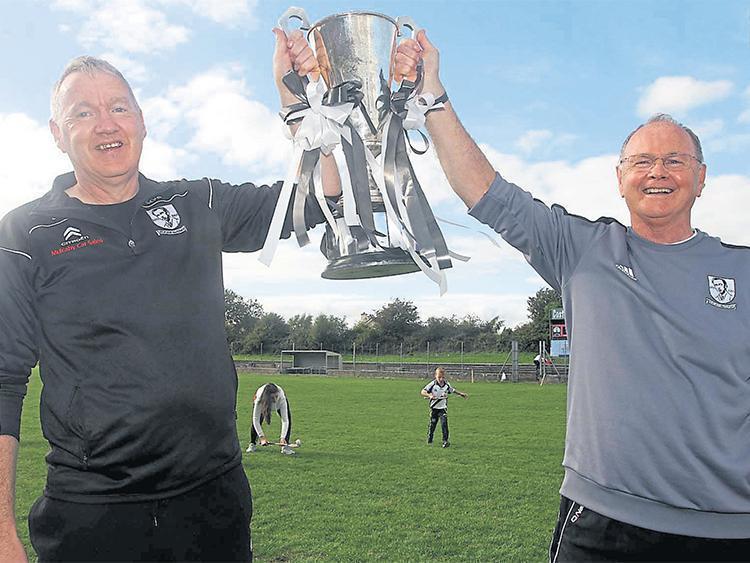 Kilruane got the defence of their Hibernian Inn North Tipperary Senior Hurling Championship title off to an impressive start at St Michael’s Park in Toomevara on Sunday evening when the MacDonagh’s beat Silvermines with thirteen points to spare.

The context of this performance from Liam O’Shea’s men is best illustrated by the challenge posed by the ‘Mines. The outfit managed by Declan Corcoran worked tirelessly and approached their hurling in a sophisticated way, but Kilruane comfortably coped with everything that was thrown at them and duly booked their place in the quarter-finals of the divisional championship thanks to an aggressive display which featured plenty of slick hurling.

For Kilruane Séamus Hennessy, Niall O’Meara, Cian Darcy, Justin Cahill and Conor Cleary had their moments, but Craig Morgan was absolutely outstanding at wing-back. It is hard to know what ceiling this talented young number five can reach, but it certainly appears high given the quality of this latest showing. Meanwhile Ronan Sherlock was solid for the ‘Mines while Orrie Quirke and David Keogh also contributed handsomely to the contest.

The ‘Mines opted to go with Orrie Quirke as sweeper for the duration of this contest while Darragh Nolan man-marked Cian Darcy. And, Silvermines did reasonably well against an absolute gale in the opening half. At the break Silvermines trailed by nine (0-4 to 0-13) and managed to pressure the Kilruane ball carriers into eight wides and five other shots which dropped short.

Cian Darcy (six, three frees), Séamus Hennessy (two), Kieran Cahill, Darragh Peters, Niall O’Meara and Conor Cleary managed to score from play for Kilruane during the opening half - the last of which from Conor Cleary in the third minute of injury time was an absolute cracker. Meanwhile David Keogh (free), Bryan Seymour, Ruairí Maher and Orrie Quirke (free) responded for a Silvermines side who were doing their utmost to stay in the contest.

The sides traded scores immediately after the break and with thirty-seven minutes played there was nine between them (0-15 to 0-6). Just then, however, the ‘Mines hit upon a purple patch and some smart combination play in the middle third of the field yielded points which arrived courtesy of Oisín Murphy, David Keogh and Orrie Quirke (free).

That surge closed the gap to six entering the final quarter, but it was instructive to note that the ‘Mines had not already fired seven shots wide in the second half. Perhaps if Jason Forde (suspended) had been on the field Silvermines might have closed the gap significantly on Kilruane, but it was not to be on this occasion.

The MacDonagh’s steadied up nicely when Cian Darcy converted successive frees and although Darcy snatched at a goal chance in the 51st minute the centre-forward made sure two minutes later when he set-up Conor Cleary to bat home. Séamus Hennessy landed a beauty soon after and Kilruane led by twelve with time fast running out (1-18 to 0-9).

The ‘Mines rallied with points from David Keogh (free) and Bryan Seymour, but in an illustration of their ambition Kilruane closed out the contest with points from Darragh Peters, Cian Darcy (’65) and Niall O’Meara before Darcy opted to go for goal from a 21-yard free in the 64th minute (saved).