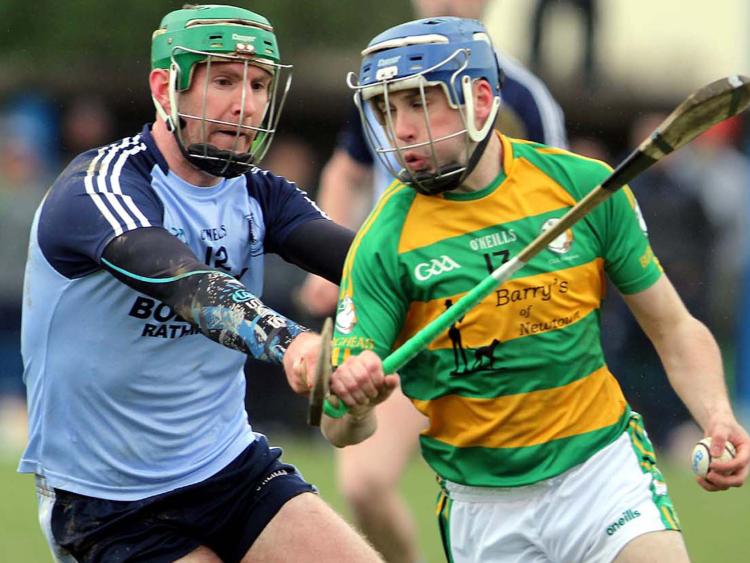 Burgess caused the upset of the year so far when they dismissed Nenagh Éire Óg thanks to a three-point win at Dolla on Sunday afternoon. Stephen Murray was one of the heroes of the day as he posted eight points (seven from frees and a sideline ball). The conditions were far from ideal as the cold weather left players numb, but that didn’t deter the Burgess men who got all of their match-ups right.

Twelve months ago both sides had met in a North Tipperary quarter-final when Nenagh enjoyed a major win over their opponents, but twelve months can make a big difference.

Having played with the breeze in the first half Burgess only led by a point at half time (0-5 to 0-4) and one would have expected Éire Óg to turn on the style in the second half. But that didn’t happen as Murray found the target from any distance and their defence held all the aces with Willie Ryan, Shane Maher, Donagh Maher and Johnny Mulqueen well on top while goalkeeper Ronan Tucker made three vital saves. Meanwhile Barry Heffernan, Conor Ryan, Dáire Quinn and Killian Gleeson did most to serve the Nenagh cause.

Eoin Hogan gave Burgess the lead after four minutes and Stephen Kirwan doubled the advantage three minutes later. Two Michael Heffernan frees had the teams level by the tenth minute, but Burgess fought their way back to take a two-point lead after Murray pointed two frees and the game fifteen minutes gone.

Michael Heffernan had his third pointed free in the 20th minute, but neither side could manage to increase their tallies until approaching half-time when Murray landed an 85-metre free before Killian Gleeson replied with Nenagh’s first point from play in injury time.

Another Murray free from half way increased the Burgess lead, but Michael Heffernan responded with a free from much closer. In a busy third quarter the scores continued at a rate as Murray (free) and James Mackey exchanged points before Murray added another free followed by a brilliant sideline ball in the 42nd minute.

Jake Morris finally shook off the close-marking Willie Ryan to score for Nenagh before Stephen Murray scored his first point from play in the 45th minute. Three minutes later Michael Heffernan reduced the margin to two as he secured his fifth point from placed balls.

The excitement levels increased and in the 51st minute there was a moment that could have a big bearing on the game. Burgess sent a high ball towards the Nenagh goal area where full-forward Bill O'Flaherty contested the ball and forced Nenagh 'keeper Shane Hennessey into the back of the net. Play continued with Stephen Kirwan gathering possession and striking a low ball to the net, but referee Ciaran Timmons called back the play. If the incident had occurred outfield it would have been a correct decision by the official, but the correct decision would have been a free out as Shane Hennessey was frontally charged although no menace was intended.

In the aftermath Burgess' indirect free wound its way through three four pairs of hands before Kirwan pointed from play extending his side's lead to three with seven minutes remaining.

The excitement increased with Nenagh finding a new lease of life as Tommy Heffernan narrowed the gap to one with two well-taken scores.

As play entered the final moments Burgess had time to recover and Bill O’Flaherty picked up two vital points in injury time before Danny Ryan increased their lead to four three minutes later.

Nenagh Éire Óg fought back and they cut back the lead to three when Dáire Quinn scored, but Burges deservedly progressed to the quarter-finals.