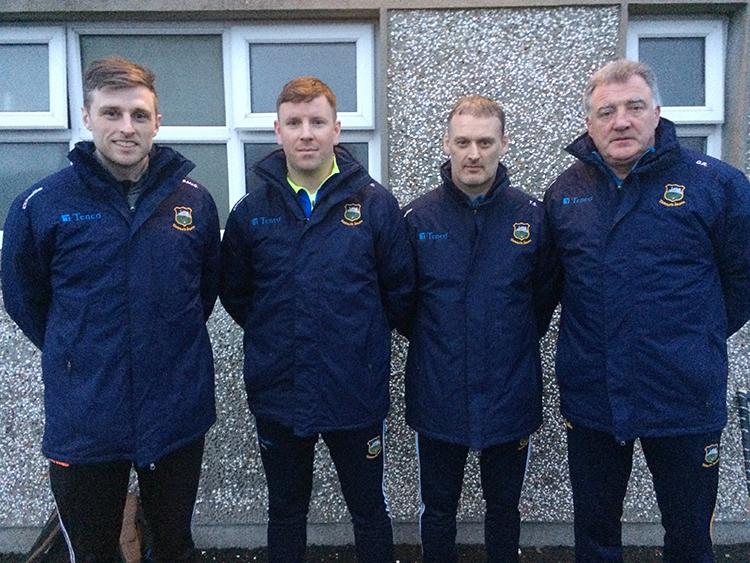 Tipperary will launch their Electric Ireland Munster Minor Hurling Championship campaign against Cork at Páirc Uí Chaoimh on Sunday, May 12 (throw-in 2pm) and team manager Paul Collins is confident that if the Premier County perform like the Drom & Inch man knows they can the defending champions will be competitive.

“If we perform like I think we can we have a fantastic chance. At the end of the day you can't control anything else outside of that, but if we perform well I would be very confident that we can be competitive.

“If we can get our own performance right I would be confident we will be a match for anybody in the country, but at the end of the day if you do not perform yourself you are not going to compete with anybody,” Paul Collins told the Tipperary Star.

Such a considered approach to managing this group of under-17 Tipp players is a recurring theme during the Tipperary Star’s exchange with the Drom & Inch man.

The problem with common sense is that it is not all that common. Rest assured, however, that the Tipperary minor hurlers are in good hands. Results are, of course, important to Tipperary hurling, but, thankfully, Paul Collins and his management team also have an eye on the bigger picture.

Similarly, Tipperary manager Paul Collins regularly references the concept. Here the Tipperary minor hurling manager touches upon one of the most important distinctions in modern coaching - the difference between the process and the result. Outcome goals are great fun, but it is the process goals which take you places. Players will prosper in a positive environment in which they are challenged to improve and shown exactly how to do so. Process makes perfect.

“What we are focusing on in training is just performance. We are trying to take the pressure off the players and we hope that they can express themselves on the pitch and bring what they are doing on the training field and in the challenge matches down to Cork on the 12th of May because, at the end of the day, the more pressure there is on them the harder it is to perform. So, we are trying to lessen the pressure on them," Paul Collins explained.

Paul Collins and his management team see it as their responsibility to educate their players and arm them with a series of tools which each individual hurler can carry forward into their inter-county career. But Collins also wants his players to be excited by the prospect of playing at Páirc Uí Chaoimh and to embrace the challenge posed.

“Cork are a very, very strong team and Páirc Uí Chaoimh is an extremely hard place to go to, but I hope the players will embrace the opportunity.

“It is a massive opportunity for the Tipperary players to play in that environment before the seniors. It is a fantastic opportunity to help develop your inter-county career so that when you move onto under-20 and onto senior (panels) it is not a shock to the system if you have played in front of a twenty-to-thirty-thousand crowd before,” Paul Collins said.

“The majority of the players are in the system since under-14. So, they are in year three or four, but, in saying that, this is a completely new environment as regards the level that is expected of you, the training load and on the 12th of May it will be a different ball game in terms of being able to deal with pressure and perform under pressure. And, that's part of their development as an inter-county player. Some players will react well to it and others won't. Hopefully, as the round robin goes on we will perform better and each player will develop,” the Drom & Inch man added.

Paul Collins is joined on the management team by Shane McGrath (Ballinahinch), Ger Ryan (Cappawhite) and Tony Shelly (Killenaule) while the team's strength and conditioning coach is Alan O'Connor (Cahir).

The most eye-catching name on the management ticket is, of course, former inter-county star Shane McGrath who Collins describes as having a “great rapport” with the players.

“When Tommy (Dunne) stepped up to the senior team I needed someone to come in and do well in a coaching capacity and it was great to have Shane available. He has really added to it I have to say. The day of having one coach for thirty-three players is gone. You need a coaching team as far as I am concerned,” Paul Collins said.

The minor squad are training as a group since February 4 and their warm-up for the provincial championship has included challenge games against Dublin, Galway and Kilkenny.

There is, however, no getting away from the fact that the Tipperary squad will enter the provincial series as raw as mustard seed - just two members of the current panel featured during the 2018 campaign.

“Having thirty-one players out of thirty-three that have not been here before is a bit of a challenge, but at the same time it is an opportunity as well,” Paul Collins explained.

And, Paul Collins can draw on the experience he gained while working under former manager Tommy Dunne in 2018. An experience Collins describes as a “massive help”.

“We learned an awful lot from the round robin last year as regards what to do and what not to do. Hindsight is a fantastic thing and, hopefully, we can bring that experience into this year in terms of how to manage it from game to game,” Paul Collins explained.

The Premier County won a 40th provincial minor title in 2018 when Tipperary saw off the challenge of Limerick in the provincial decider (1-20 to 1-12). In the opening round of the 2018 Electric Ireland Munster Minor Hurling Championship Limerick beat Tipperary (1-17 to 2-12), but the Premier County then emphatically saw off the challenge of Cork (4-15 to 1-14). Tipperary lost to Waterford (3-9 to 2-13) before beating Clare (2-14 to 1-12) and progressed to the provincial final on scoring difference.

Last year Tipperary were asked to play four games in four weeks, but this time the Premier County will face just one seven-day turnaround - Paul Collins’ men face Cork on May 12 and then host Waterford a week later on May 19 (12 noon) at Semple Stadium. Next up is a trip to Cusack Park, Ennis on June 2 (2pm) to face Clare while the round robin phase of the competition comes to a close at home to Limerick on June 16 (12 noon).

“The ups and downs of the round robin system are unbelievable really - every minute of every game is important. We are focusing the players on going back to the well every single week - every match matters and every point matters,” Paul Collins said before explaining how significant the first game in the series could prove to be.

“If you can win the first match it breathes confidence into the panel and the players start to believe in what they are doing, but if we perform well and the result doesn't go our way at least we will have something to build on.”

Irrespective of what happens at Páirc Uí Chaoimh, however, you can be sure that Collins and his management team will deal with the result sensibly. There is no need to fear for the Tipperary minor hurlers with Paul Collins calling the shots - Collins actually cares and loves to help players improve.

“It is fantastic to work with young lads and I have to say that this group have really responded to what we have asked of them. They are good lads, they are willing to learn, they are able to learn and they are quick to learn - that is a massive compliment to them.”

Actually caring about your players, however, makes the process involved in cutting the Tipp panel from seventy-six players to thirty-three all the more difficult.

“Absolutely, I have been there myself when I was younger. It's a terrible, terrible experience and it's even worse having to do it. It's tough, whether that is ringing the parent or talking to the player. Unfortunately you can't carry fifty or sixty players and that's the reality of it,” Paul Collins explained.