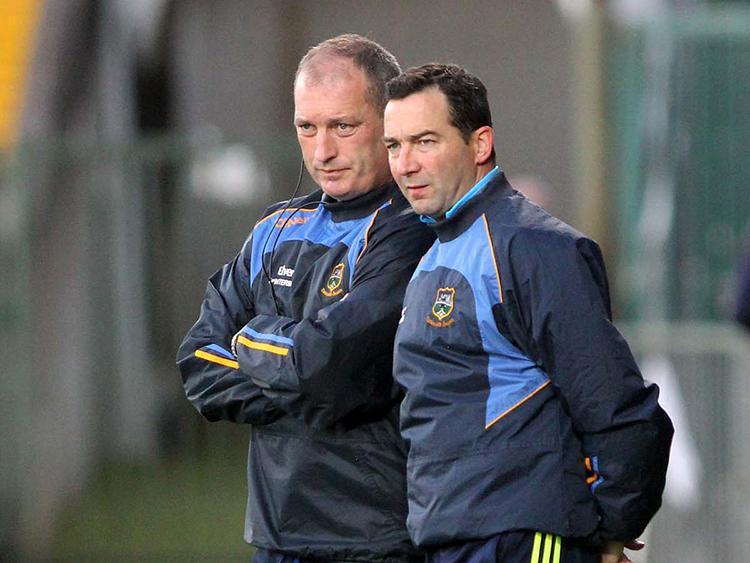 The Premier County are the defending All-Ireland under-21 champions, but this season the prestigious grade will be competed for on an under-20 basis - Tipperary will face Waterford in the Munster semi-finals on July 9. Liam Cahill (Ballingarry) is the manager of the Tipperary under-20 team while the side is coached by Michael Bevans (Toomevara). The selectors read as follows: TJ Ryan (Clonoulty-Rossmore) and Seán Corbett (Boherlahan-Dualla). And, going by the attitude of the Tipperary lads on Monday evening it appears likely that Liam Cahill’s men intend to have a big say in this year’s championship.

Inside forwards Willie Barry and Darragh Woods fired over some lovely scores, Craig Morgan was utterly dominant in the middle of the field and Johnny Ryan (Arravale Rovers) really impressed once introduced as a second half substitute while goalkeeper Eoin Collins got through some really eye-catching work on his re-starts; the Drom & Inch ‘keeper pinged out a series of absolute beauties throughout this contest.

The two most interesting characters, however, in this contest from a Tipperary point of view were half-forwards Joe Fogarty and, especially, Billy Seymour. Outside of scoring 0-6 between them both guys were terrific in the air, on the ground, in the tackle and were constructive once in possession of the ball. Indeed, their attitude to the contest on Monday evening set this duo apart.

Tipperary, with Seymour and Fogarty running riot, raced into a 0-8 to 0-2 lead inside the opening ten minutes. Willie Barry cracked over the opening point of the contest before setting up Anthony McKelvey for the second with a slick stick pass. Billy Seymour, Joe Fogarty (two), Craig Morgan and Darragh Woods added to the Tipperary tally while Joe Fogarty contributed to a terrific Premier County score in the tenth minute when he grabbed an Eoin Collins delivery and set-up Kian O’Kelly for a smashing point.

With Ross Whelan, Stephen Donnelly and Eoin Cody motoring well in the Kilkenny half-forward line the side managed by DJ Carey rallied well during the concluding minutes of the opening half and managed to out-score their hosts 0-10 to 0-7.

Darragh Woods converted five placed balls (one ’65) for Tipperary during this period of time while Billy Seymour and Craig Morgan added efforts from play. With the Kilkenny half-forward line wreaking havoc the Cats reeled Tipperary in slowly, but surely with Eoin Coady, Stephen Donnelly and Ross Whelan cracking over eye-catching points from play.

Tipperary led 0-15 to 0-12 at the break, but may well have added two goals to their interval tally - Willie Barry saw his stinging effort saved in the second minute while Barry and Craig Morgan combined to create a goal-scoring opportunity for Anthony McKelvey in the 30th minute, but the full-forward’s effort was deflected out at the expense of a ’65.

Three Darragh Woods frees during the opening six minutes of the second half steadied Tipperary as Kilkenny tried to rally following scores from Eoin Coady (free) and Ross Whelan. And, Tipperary also had to call on goalkeeper Eoin Collins to make successive saves from Whelan and then Coady in the 37th minute.

Points from Darragh Woods (free), Willie Barry and Joe Fogarty ensured that Tipp led by six points (0-21 to 0-15) entering the final quarter and although the respective managements introduced a number of substitutes in the second half the game remained competitive with Johnny Ryan coming more and more into the game in the middle third of the field.

Between the 47th and 51st minutes Kilkenny out-scored Tipperary by 1-2 to a single point and suddenly the gap was down to two with Seán Ryan responsible for the Cats’ goal in the 51st minute (0-22 to 1-17).

To be fair Tipperary saw out the contest well thanks to points from Darragh Woods, Joe Fogarty and Devon Ryan - the Fogarty score was particularly noteworthy for the quality of Johnny Ryan’s 50-metre delivery; the quality of that stick pass would suggest that the Arravale Rovers man has plenty to offer the blue and gold jersey.