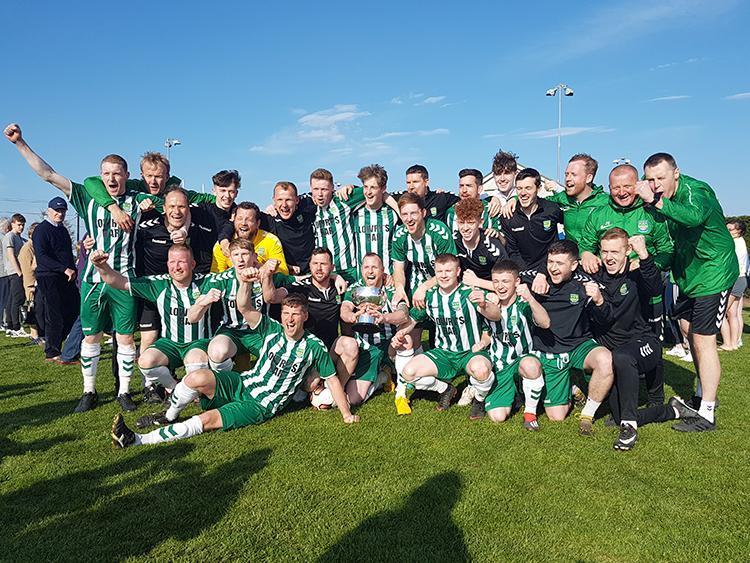 St Michael’s will face FAI Junior Cup kingpins Sheriff YC at the Aviva Stadium, Dublin on Saturday, May 11 (kick-off 5pm) - the Dublin side saw off the challenge of Aisling Annacotty (1-0) in Sunday’s semi-final at the AUL Complex and are chasing their fifth title in eight seasons. Sheriff YC won the New Balance-sponsored FAI Junior Cup in 2012, 2013, 2016 and 2017 while the Dublin outfit also appeared in the 2015 decider.

Besides the FAI Junior Cup this St Michael's team are chasing an extraordinary haul of five trophies this season with two already in the bag - see below for details.

An Olly O'Driscoll strike has propelled St Michael's into the club’s 11th Munster Junior Cup final - in the last four of the prestigious competition the Saints beat Geraldines (Limerick District League) 1-0 at Jackman Park in Limerick on Sunday, April 28.

St Michael's will face Pike Rovers in the decider - the Limerick District League side beat Newmarket Celtic on penalties in their respective semi-final and Rovers are chasing a third consecutive provincial crown. The Saints last won the Munster Junior Cup in 2016 while they lost out to Pike Rovers in the 2017 final. Jackman Park in Limerick will host the Munster Junior Cup final - date and time for the final to be confirmed.

In the quarter-finals of the competition St Michael's made the trip to Limerick to take on and beat Kilmallock United (4-1). In the fifth round (last sixteen) the Tipperary South & District League champions hosted and beat Cork outfit Lakewood Athletic 3-1. Thus far the Saints have also beaten Carrick United B (2-0), Clonmel Town (4-1), Cahir Park (3-0) and Wilderness Rovers (2-0) to reach this stage of the competition.