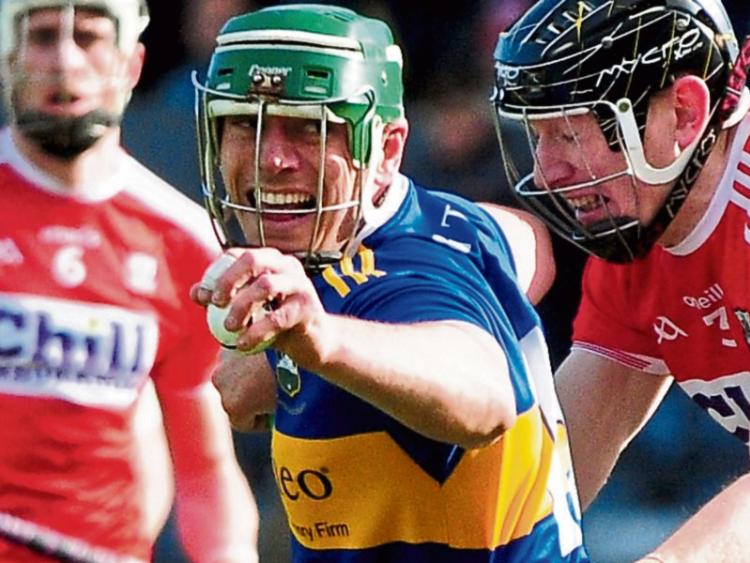 After the gloom of the past two years Tipperary fans finally ‘trod with a lighter tread’, to quote from the popular Yeats poem about The Wild Swans at Coole. There was a spring in the collective step of the travelling fans after witnessing a remarkable renaissance by their team down Leeside.

A seven-up victory, sparkling and bubbly, was the finest display by the team since September 4 2016. It was classy and emphatic, the type of performance that turns heads and has Tipperary shooting up the charts of public estimation. Therein, of course, lies a danger, about which more anon.

The team announcement last Friday night turned heads too. Twelve months ago Mick Ryan and company opted for experimentation in their opening match - and it backfired.

This time Liam Sheedy embraced the tried and trusted of previous days. Eleven of the starters from 2016 were back on duty, with none of the U-21 young guns of last year finding favour.

It was a case of back to the future then, despite the obvious risk inherent in such a policy.

Yet from early in this contest it was clear that Sheedy and colleagues had read the script accurately. Seamus Harnedy may have opened the scoring for Cork but it was soon apparent that Tipperary were in the mood to deliver. They were getting in the blocks and hooks and scrapping for everything in sight, qualities Sheedy had demanded since taking over.

Within minutes of the start Tipperary’s attacking movement had punctured Cork’s defence. Niall O’Meara’s vision picked out Callanan unmarked and the Drom man raced in before firing past Nash.

That score signalled a period of Tipperary supremacy. The attack was moving with pace and precision. It’s an area Eamon O’Shea has targeted since joining the group. John O’Dwyer, the McGrath brothers and Callanan were all rowing in with slickly-worked points as the lead stretched out to six. This was comfortable from Tipperary, the defence was solidly set, Noel McGrath was pulling strings at midfield and the attack was on the prowl.

However, midway through the half we stumbled a bit. The concession of frees was part of it, with Pat Horgan as ever punishing every infringement including one monster strike from very deep inside his own half. We went 13 minutes scoreless while Cork chipped away at the lead to eventually nose ahead.

Encouragingly, however, the Premier ship was steadied before the break, which saw us retire one-up after facing an awkward diagonal wind. It would have been better if Forde had beaten Nash on the penalty after O’Meara was fouled inside the area.

It wasn’t the best of penalties, the shot driven into the ground and bouncing up nicely for the goalie to bat away. It’s an item to work at on the training ground; penalties are rare and need to be dispatched.

Still, first half evidence was very promising from Tipperary. The attitude was feisty, the combative spirit particularly pleasing, as was the form of key players. The Cork fans shuffled uneasily.

The game’s trajectory didn’t deviate in the third quarter. ‘Bubbles’ and Forde extended the lead before ‘Bill’ O’Meara had a golden chance of goal but struck it over. Cork were struggling, Nash unable to launch attacks with his puck-outs as Tipperary’s half line dominated in the air and on the ground.

Tipperary’s second goal was the clincher and it was an item of both beauty and brilliance. With the Cork defence sucked outfield Noel McGrath found ‘Bubbles’ unmarked over in the right corner. The crossfield pass to John McGrath seemed to be laser- guided, such was its precision. Then McGrath takes one step inside his marker and coolly slams home the shot. Brilliant.

At eight-up we were heading towards a record result. Then for some reason our radar went on the blink and several scoring chances were missed. When that happens you invite the opposition back into the game. Harnedy’s fine individual goal on the half- hour mark created momentary unease in Tipperary ranks. Would the locals muster a final, and previously unlikely, push?

No they wouldn’t. Points from ‘Bubbles’, Noel McGrath (65), Callanan and again ‘Bubbles’ saw the game out in emphatic fashion. 2-28 was a hefty total, with all bar four points coming from open play. Every player from 5 to 15 got on the score card. That’s eleven individual scorers against Cork’s six, with Pat Horgan the dominant threat for the locals. All the stats seemed to light up this Tipperary win as a spectacular one.

It’s a result that has re-set expectations for the remainder of the championship. Suddenly the odds on Tipperary have narrowed from 5/1 in January down to 7/2 this week. We’re 2/5 favourites to take out Waterford this Sunday. By comparison Cork have drifted out to 9/1 odds for the All-Ireland (5/1 in January) and they’re available at 15/8 for the trip to Limerick this weekend. A week can be a long time in hurling.

Through all of this perspective is surely needed. It was a bad day for Cork, for sure, but they can point to the late defection of Bill Cooper before the start as a disrupting factor and the ongoing absence of Colm Spillane is no help to their defence. Still they’ll have been displeased with the input of several players on Sunday, with Pat Horgan the noble exception saving their blushes even more.

For Tipperary the analysis is almost entirely positive. Positioning Brendan Maher at wing back, arguably his best role, has reaped a rich dividend. The Borris’ man was simply powerful on Sunday, that second half point encapsulating all that was mighty about his performance.

That all-Maher half back line gave solid structure to our entire defence. Behind them the full back line was solid, though the free count is an issue as is the fact that three of our defenders went on yellow cards. That’s high risk stuff.

At midfield Noel McGrath brought all his experience to bear with three points from play and lots of those little dinky passes straight to the hands of colleagues. He’s found a new home this year at midfield. For his partner, Michael Breen, the story is more nuanced. There was one superb point but he tends to drift over the course of the game where we’d like a more sustained impact.

In the attack ‘Bubbles’ was simply on fire. You just sense in his body language that this is a guy who is fit and focused like we haven’t seen since 2016. The wrists, of course, are elastic and those seven points were all delivered with incredible economy. In this form he’s a joy to behold.

Then there was Seamie Callanan, who’s put behind him a difficult spring and kept his best for the championship opener. 1-4 was a major contribution to the overall effort. Niall O’Meara too had a strong impact before being injured and John McGrath, one senses, is only gradually getting back to his best.

‘Bonner’ chipped in with typical effort, though Jason Forde will be disappointed with his input. One particularly tame effort at winning possession in the right corner preceded his replacement by Jake Morris. Mind you I’m not totally convinced by the removal of your free-taker unless he’s having an absolute stinker; on another day it could prove costly.

On the downside for the management was the fact that none of the replacements made a noticeable impact. If we embrace the argument that hurling is now a 20-man game then there’s still some distance for Tipperary to travel. If incoming players don’t impact on a winning team then what chance is there they’ll pull a losing one out of the fire?

Anyway the season is up and running and Tipperary have managed the best possible launch. However it’s probably wise to insert a cautionary word here. We began the league in fine fettle against Clare but it proved a false dawn at the time. This we hope is different, a turning point of some sort. Time will tell.

All of which leads on nicely to  Sunday’s clash with Waterford at the Stadium. The Deise will be hurting after their one-point loss to Clare on Sunday so expect some backlash in a bid to avoid successive defeats.

Don’t be fooled by the odds of 9/4 on offer for Waterford; they’re better than that and Tipperary will need another strong display to prosper here.

I expect there will be minimal change, if any, on the Tipp selection for round two. Niall O’Meara is a slight doubt, which might open the door for a replacement if he fails fitness. Dan McCormack may be a likely alternative unless they opt for one of the younger crew. We’ll see.

I began with a nod to Yeats and those swans in Coole Park that he immortalised in verse. Let’s end with another avian reference. One swallow doesn’t make a summer, though the initial appearance of one of those long-distance travellers does give the heart a little flutter at the prospect of the approaching season. We’ve had our forerunner of a glorious summer; now let’s see the follow through.