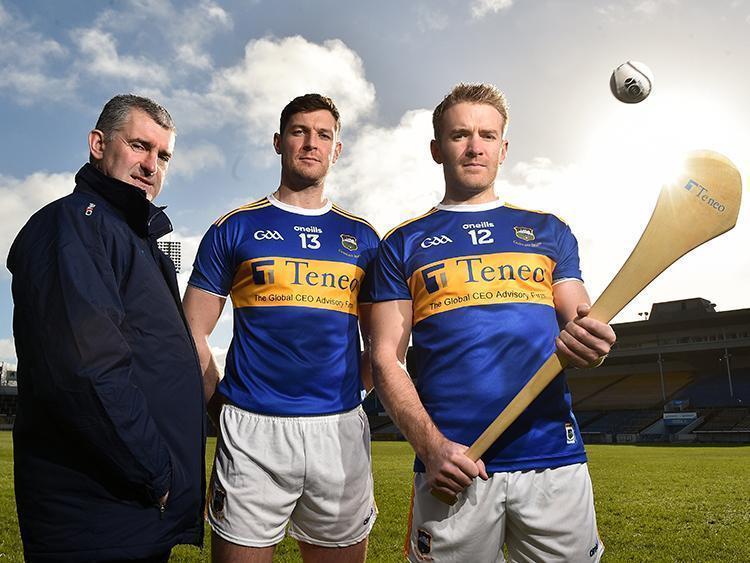 The bookies have installed Liam Sheedy's Tipperary team as marginal favourites (10/11) to beat Limerick at Semple Stadium, Thurles on Sunday, June 16 (2pm). But are the Premier County perfectly set up for a surprise defeat? Are the circumstances right for a Limerick win? Will we be treated to a dose of the lettuce eating the rabbits at Semple Stadium?

It is more than interesting at the summit of the Munster Senior Hurling Championship table. And, Liam Sheedy's Tipperary are still not 100% assured of their place in the provincial decider ahead of the clash with the Shannonsiders.

Tipperary lead the round robin stage of the provincial championship on six points (with a scoring difference of +38) while Cork (+13) and Limerick (+31) are joint second on four. In the final round of games Tipperary host Limerick while Cork face a trip to Ennis (also at 2pm) on Sunday, June 16.
So, if Cork win in Ennis and the All-Ireland champions see off the challenge of Tipperary in Thurles three teams will complete the group stage of the championship on six points meaning that progress to the provincial final will come down to scoring difference.

The circumstances should make for a fabulous occasion at Semple Stadium on Sunday and although Limerick performed magnificently against Clare in their most recent contest and are, of course, the defending All-Ireland champions the possibility that John Kiely's men will rock into Thurles and beat Liam Sheedy's men is the very last thing on the minds of Tipperary supporters.

Nicky English once argued that, similarly to players, the Tipperary supporters needed to be prepared for a game - no one should allow their thoughts to turn this week to a potential provincial final.

The last time that Limerick paid a visit to Semple Stadium to face the Premier County (2016) Tipperary won (3-12 to 1-16) despite competing for the majority of the match with just fourteen men following John O'Dwyer's dismissal. Under the previous Limerick management the Shannonsiders were tactically incompetent that day, lacked motivation and were poorly coached.

This time, however, under manager John Kiely and coach Paul Kinnerk this Limerick team will be the absolute converse off that.

The celebrated horse trainer Vincent O’Brien liked to conduct trials of his leading contenders for major prizes over a stretch of turf he called “the truth gallop”. Approximate equivalents of that piece of interrogative terrain exist elsewhere in sport and in hurling right now Limerick represent that very test.

For decades Limerick carried a burden worthy of Shakespeare, but now they represent a very different proposition: Limerick see each and every match as an opportunity to roll up their sleeves and establish once and for all who they are as a hurling county. This, when allied to their tactical approach, makes Limerick very, very dangerous.

Limerick, of course, also specialise in surprise wins over Tipperary - being made underdogs despite their pedigree is the exact kind of rejection that Limerick men thrive on. And, all the turf in Ireland would not warm Limerick people to their rivals across the border.

Indeed, in 2007 former Limerick manager Tom Ryan (whose father hails from Clonoulty-Rossmore) told the Irish Times: “In Limerick we’d rather be beaten by the devil than by Tipperary. There’s a huge intense rivalry and a hurling jealousy. Hurling’s part of what we are in Limerick. Even without huge success we’d still class ourselves as a hurling county and we’ve had to watch Tipperary winning All-Irelands regularly. No one in Limerick wants to see that. Tipperary feel superior to Limerick. Having worked in Tipp I know how they feel. They expect to beat Limerick. It’s a culture there”.

You can’t beat such rivalry. There is no distinction more urgent than that between ourselves and those who resemble us most. Disliking your near neighbours is inextricable from sport while the failure of your rival, irrespective of your own success, causes an unholy glee. The Russians have a saying: “there is great pleasure to be found in your neighbour’s house burning down”.

Most recently it is honours even - Tipperary have won four of the last ten meetings, Limerick have also won four and there have been two draws (2007).

Will it be a case of the lettuce eating the rabbits at Semple Stadium on Sunday? We dearly hope not.

Limerick hosted Tipperary at the Gaelic Grounds in the Allianz National Hurling League on February 2 when the Shannonsiders recovered from a point down (1-8 to 1-9) at the break to win by seven points (1-21 to 1-14) in front of 8,559 paying spectators.

Tipperary and Limerick collided in the Munster Hurling League on December 14 at a freezing cold Gaelic Grounds in Liam Sheedy's first competitive game as manager. A crowd of 3,224 turned out to see Tipperary win 4-14 to 2-17 against the defending All-Ireland champions.